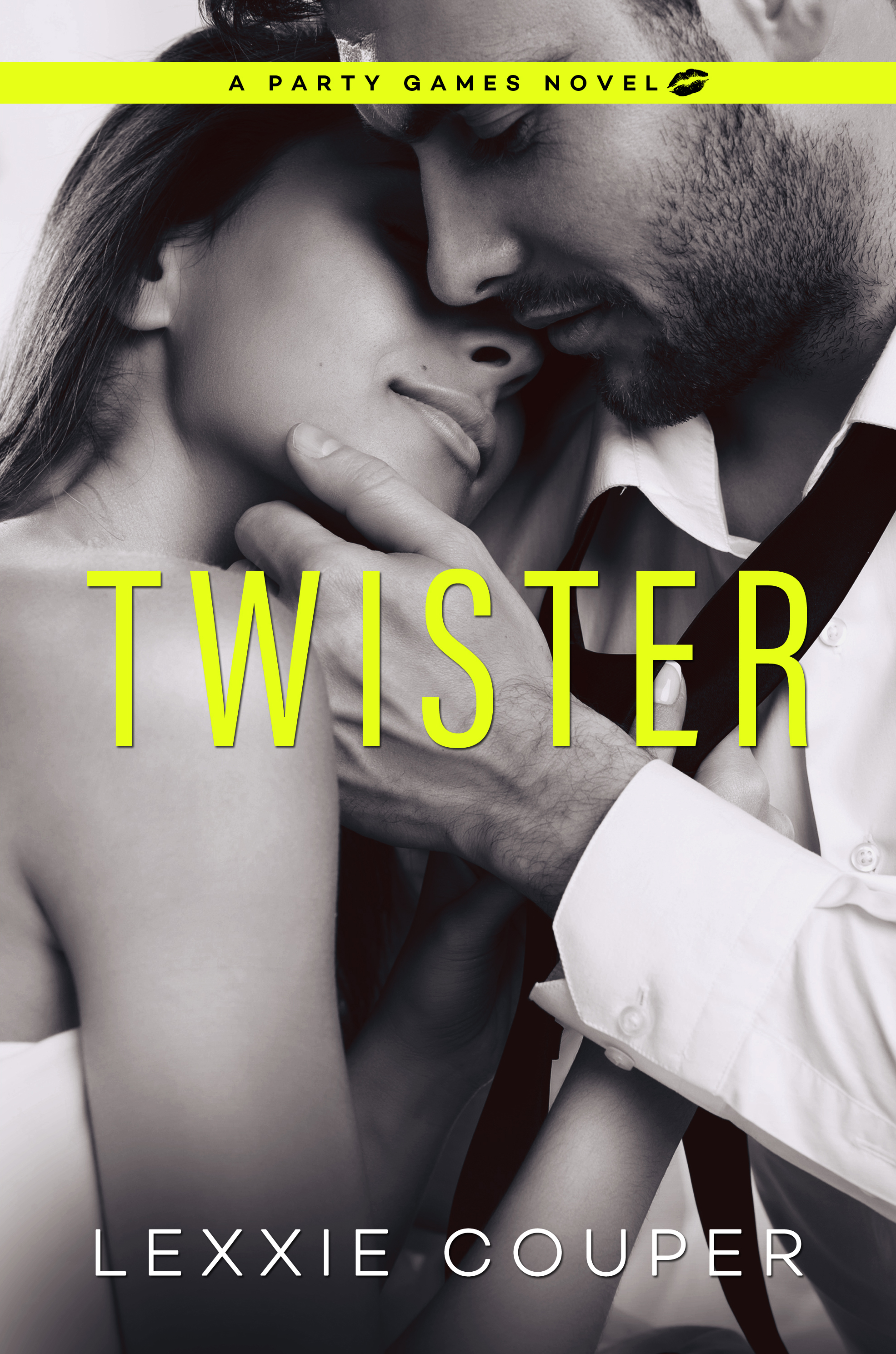 Getting the upper hand—and foot—was never this naughty.

Media mogul, Lachlan McDermott is accustomed to people obeying his every command. He’s handsome, arrogant and influential with the power of information at his very control. No one however, knows he’s got a weakness—the mysterious model, Kole—who for reason’s he can’t comprehend, is currently in his house. Braless.

Once upon a time, photographer Cameron Winters was the super-model known only as Kole. Kole ruled the runways and magazine covers until dropping out of the public eye years ago. Now Cameron does everything she can to avoid her old life…until that old life finds her at an exclusive party in Sydney face to face with the one man who monopolizes her fantasies: Lachlan McDermott.

When Lachlan and Cameron are pitted against each other in a game of Strip Twister, surrender isn’t part of the deal. Getting tangled up is only the beginning, and scorching sexual desire will soon burn them up. But this isn’t a game neither can walk away from, and it’s not just their bodies getting tangled up.

“Your turn, McDermott,” Mac said beside him.

“Gotta pay to play, Mr. McDermott,” the referee said on his right. The man stepped forward from the crowd and Lachlan bit back a snort, recognizing the weather reporter from one of McDermott Media Corp’s breakfast television programs.

Mr. Weather’s Fine and Sunny cleared his throat. “Piece of clothing, please.” He held out a hand, palm up, and Lachlan had to admire the man’s courage. It wasn’t everyday one found themselves asking for an item of clothing from the very person ultimately in charge of one’s career. The person who could destroy said career with just a word.

But you won’t. Because you aren’t a prick with a God complex. You aren’t your father, despite the lust you’re feeling for a model. You do know how to have fun, you just don’t. And this type of silly, harmless fun is exactly what you need to get your mind off her.

At the thought of the damned supermodel somewhere in his home, Lachlan toed off his boots and shot his best friend a quick look. “I’m going to make you regret this, Harris.”

Mac laughed. “Can’t be anything worse than the last meal you cooked.”

With a chuckled growl, Lachlan hooked his fingers under the waistline of his polo shirt and, in one single move, yanked it up over his head. The cool air flowed over his bare chest, pinching his nipples into hard points. He heard a few appreciative oohs, a wolf whistle and then Mac snatched the shirt from his hands before Lachlan could finish withdrawing his arms from the sleeves.

The gathering horde let out another cheer, louder this time.

The Twister referee cleared his throat again and turned back to the masses. “So, who’s game to take on the Lachlan McDermott in a game of Twister. One piece of clothing is all it—”

The throaty call came from behind Lachlan a second before a long, slender arm extended over his shoulder, equally long, slender fingers loosely holding something black and skimpy and bra-like. Except no bra Lachlan had ever seen was made with so little fabric. Or made his balls rise so quickly and his dick harden so painfully.

Kole stepped out from behind him. Her body heat caressed his bare chest as she slid past him, her unhindered breasts brushed his arm. Her stare held his for a fraction of a second before, with a curl of her lips, she crossed to Lachlan’s award-winning weatherman and handed over her bra. “I’ve paid,” she said with a seductive smile, and he couldn’t help but notice her nipples pressed against the flimsy silver strip of fabric she wore as a shirt. Her light blue eyes met his across the Twister mat as she slipped first one stiletto-heeled sandal and then the other from her feet. “Now, Mr. McDermott, let’s play, shall we?”