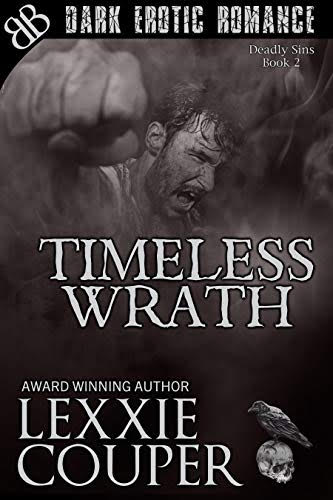 Evron McKenzie is troubled, struggling with undeniable anger that scorches through his veins. And the irrational feeling he is someone else, something more. Someone rich, powerful…someone to fear. But in Ricki’s arms, Evron may have finally found his place in the world. At last he is at peace.

So who is the seductive redhead who invades Evron’s dreams? Why does she urge him to touch a mysterious sculpture-a sculpture that seems to radiate death and sin? How can she make him hornier than he’s ever been in his life with just a look, and at the same time turn his anger into bloody, murderous rage? And, more frighteningly, why can’t he resist her?

Timeless Wrath is not intended for readers under the age of 18. | Previously Published: (2010) Ellora’s Cave