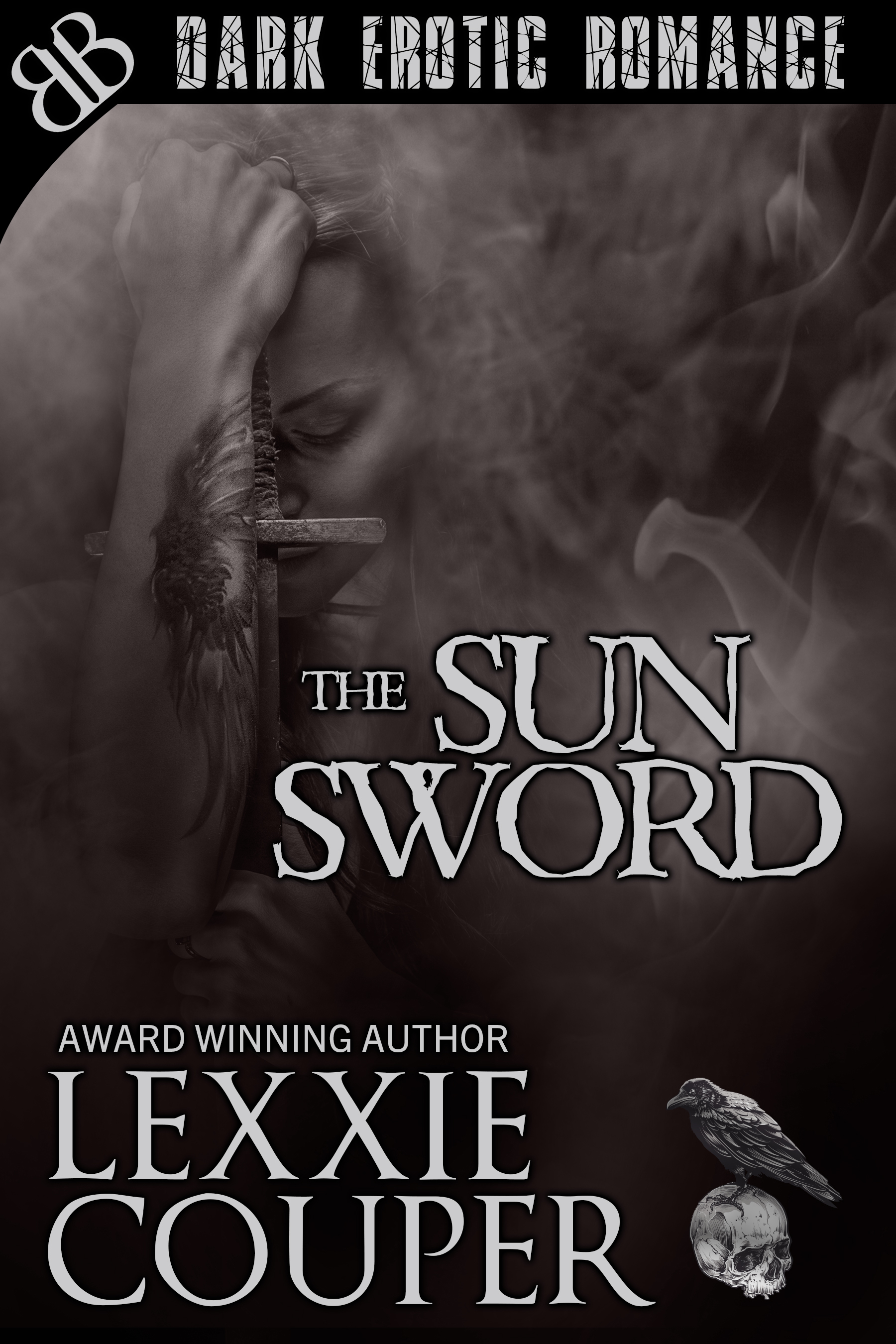 Kala opened her eyes and gazed up at the low, metal ceiling. It hung above her head as it had for the last six months, a solid plane of dull grey that reflected no light and radiated no life. Closing her eyes again, she stayed stretched on her hard, narrow bunk and began a slow count of one hundred. With each number, she flexed and coiled the muscles in her body, the process beginning with her toes and ending with her fingers.

Heat flowed through her, the meditation routine waking her body, preparing her for what was to come.

What? Another day spent covered in sweat and blood? Your body aching, your muscles bruised? The bloody great big sword he makes you sleep with tearing your shoulders from their joints every time you swing it? This has to stop, Kala. The man is as crazy as a cut snake.

Opening her eyes again, she stared at her quarter’s ceiling and saw the God-cursed bastard who’d taken her from hell.

He was never far from her thoughts, Torin Kerridon. Not a minute passed during the hours she was awake when she didn’t think of him—curse him, wish he were dead. Pictured the massive sword he’d thrust into her hands the second she’d boarded his ship plunging into his hard, flat gut. Pictured the life fading from his storm-grey eyes.

Not a minute passed during the brief hours she slept when she didn’t dream of him—of his hands skimming her naked legs, his mouth brushing over the small swells of her breasts, his lips closing over one nipple to suckle on its puckered tip as his fingers caressed the other.

A tight dampness knotted in the pit of her belly and she let out a sharp growl. She snapped upright on her bunk, swung her legs around and dropped to the floor, punching out an endless number of pushups in an effort to rid her mind of those tormenting nighttime images.

And you think Torin is the crazy one? You desire a man you long to see dead.

Letting the strength evaporate from her arms, back and shoulders, Kala slumped to the floor. She pressed her flushed forehead against its icy metal surface. Nothing made sense anymore. Six months ago she was fighting to survive on a long-forgotten planet, a lone female with no family or connections, forsaken as a child by a person whose face time had erased. A young girl forced to grow up by the harsh brutality of her existence, raped, assaulted and bashed repeatedly because of what was between her legs. A young girl praying for death to find her every night, fighting it with every molecule in her body when it came in the form of vile men with hard dicks and black souls. Six months ago, she knew the meaning of her existence—pain. Lots of pain. Now…

What would it be like? To be held by someone, loved by someone who didn’t want to hurt her? To be cherished and worshipped, not used and abused. Someone who touched her to bring her pleasure, not take it for himself?

Flattening her palms against the chilly floor, she pushed herself to her feet and crossed the confining space of her quarters. A shower. She needed a shower. In exactly thirty minutes she would be covered in sweat again, the bastard Sol warrior pushing her body to its limits in that damn torture chamber he called a training room, but she needed to cleanse herself before the pain began.

A cold shower also afforded her the briefest moments of privacy. Torin Kerridon did not balk at walking into her quarters any time of the day or night—when he deemed training had begun, it began, regardless of the hour. When she stood inside her shower cubicle however, the cold water streaming over her flesh, through her tangle and dirt-free hair, over her lips and nipples, he respected her privacy.

And don’t you wish he didn’t. Don’t you wish he would storm into your quarters, smash his fist against the shower’s door control, wrap his fingers around your wrists and yank you from under the water, pulling you against his body and doing everything he could to make you feel—

Kala ground her teeth. “Stop it!”

She was just as insane as the man who’d taken her from Earth. He thought she was some long-prophesied warrior, destined to save the worlds of man from some unspeakable evil, and she thought he was—

Kala yanked the minimal clothing she wore to sleep from her body and stepped into the shower, shutting the thought down. It was lunacy. She didn’t desire him. He was an insane man with delusions of grandeur from a planet she’d never heard of, let alone been to. She was only going along for the ride because what he offered was better than what she’d spent the first twenty-one years of her life living. The dreams and fantasies stemmed from the simple fact he’d saved her from that life. That was it. Nothing more.

Yeah, right. You keep telling yourself that, Kala.

Punching the hydro stream control, she lifted her face into the cold blast of water, eyes squeezed shut, fists clenched. “Shut the fuck up.”