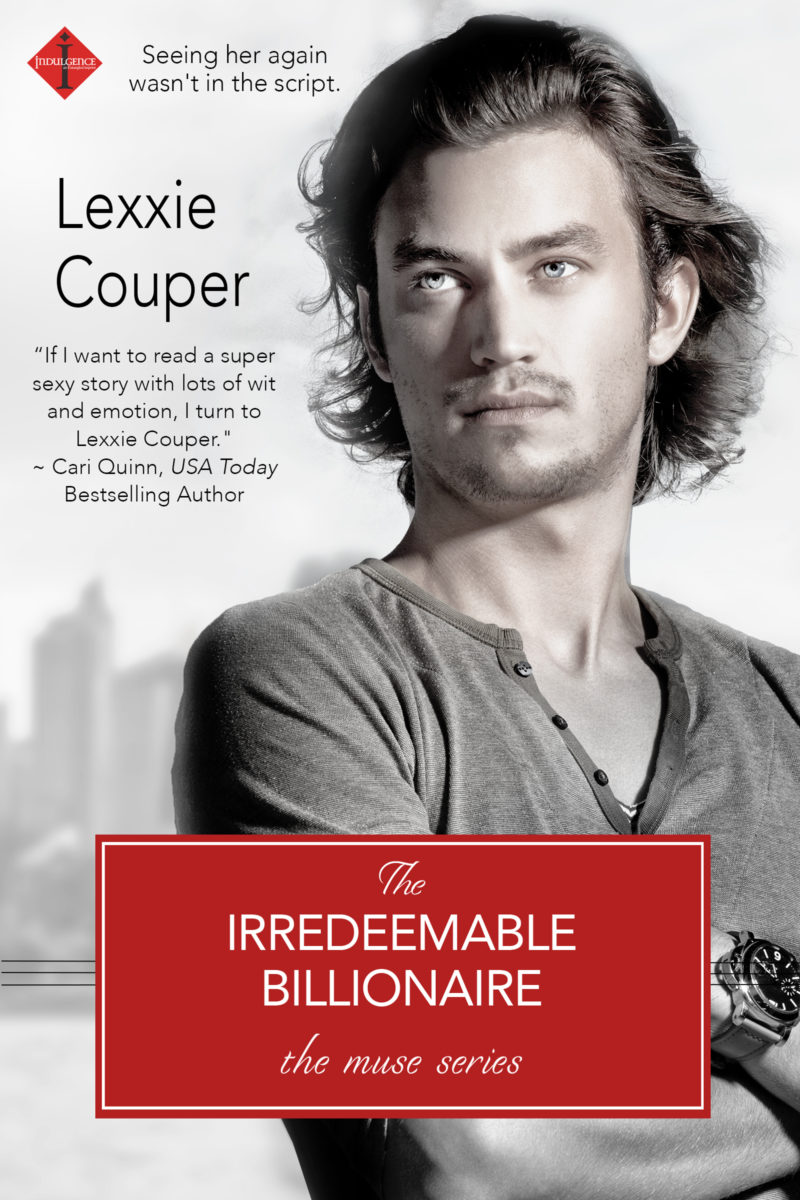 The rules have never applied to film director Sebastian Hart. He’s always done what he wants, when he wants. But after one too many wild nights, Sebastian finds himself performing community service in the unlikely role of big brother to a ten-year-old boy in need of a father figure. It seems like fate is playing with him when the boy’s mother turns out to be the girl he grew up next door to, the one person he’s never been able to win over with his smile or charm.

After the death of her husband, Grace Wilder has her hands full working as a paramedic and being both mother and father to their son. The last thing she needs is for the bane of her teenage existence to show up, or for her son to contract a case of hero worship. Even worse is the fact that the boy who once made her life miserable has turned into a man who has the power to destroy her with his devastating smile and sexy eyes.

Where the hell is my uniform?

Grace Wilder dragged her hands through her hair. It was here somewhere.

Damn it, she was going to be late.

Closing her eyes, she forced herself to be still. One breath. Two breaths. Three.

Now, where was her uniform?

The pile of overdue ironing sat on the chair in her bedroom. Hid the chair. An accusation of multicolored fabrics and broken promises. Her uniform did not magically make itself visible.

“Stupid bloody breathing.” This was bad. She had an in-service meeting with the rest of her team in less than forty minutes. It would take her more than an hour to get there, even longer if she couldn’t get her fickle car to start and hit all the red traffic lights, and she was currently having a breakdown in her bedroom wearing nothing but her least frayed bra and a pair of ridiculously skimpy black undies she must have bought once upon a time, but who the hell knew when. Plus, she had to drop Cody off at Shelli’s before she got to work.

Grace scrunched up her face. What ten-year-old was meant to worry about paying bills? Ten-year-olds were meant to be worried about what Pokémon cards they didn’t have yet, or if they were going to be running onto the field at the beginning of the match. Although in Cody’s case, it was more like if he would get to see the new Marvel movie or would Mum be working…again.

She let out a sigh. She was doing a bang-up job of failing at being a good mum lately, with all the double-shifts and missed school events and…and…

She let out another sigh. Okay, getting worked up wasn’t going to find her uniform, and Cody was not likely to have done anything with it. She hoped.

“So I go to work in my underwear,” she grumbled, searching through the pile of ironing. “My little effort to making paramedics sexier.”

A wry snort tore at the back of her throat. God, imagine how her fellow paramedics would react? Not to mention those they were called out to. How would a suspected heart-attack victim deal with their paramedic arriving in just a bra and undies?

“Well, it is summer, after all.” She strode for her wardrobe and threw the doors open for what felt like the twentieth time. “At least I’d be—”

Her uniform. Hanging on its hanger. In the wardrobe.

Heat prickled her cheeks. “How the bloody hell did I miss… Argh!”

She yanked out the navy-blue pants and shirt and slid a glare at the photo of the smiling man pinned to the back of the wardrobe door. “This is all your fault.”

Gary smiled back at her.

He had always been the one to keep things on track in their lives, the organized one. What with her usually on night shifts, and Gary home most of the time when not on call at the station house, the ironing and laundry and groceries were always done.

He’d found ironing relaxing. A stark contrast, he’d said, to fighting fires. He’d set up the ironing board, turn on one of a number of footy games recorded over the week, and get to it, zoning out as he kept their small family in uncrumpled clothes.

Now…now, she was doing all the ironing and laundry, or rather not doing them. And when was the last time she’d watched a game of football? Two years ago? Maybe?

She looked at the photo, a lump in her throat. “Still haven’t forgiven you for getting killed.” Her whisper scraped against the room’s silence. “Even after all these—”

Tugging her uniform’s shirt over her head, she hurried for the door. One of these days Cody would remember his key.

The doorbell rang again. “Coming, coming.” Hell, her buttons weren’t lined up. “We’re running late, so you need to get shoes on and brush your hair straight…”

The word “away” died in her throat.

“Grace?” Confusion filled his voice. The voice of her most frustrating, irritating, annoying dreams. “Grace Ford?”

Grace gripped the doorknob. Was fate playing a joke on her?

A gust of hot wind from outside blasted through the open door, flaying at her legs. Her bare legs. Bare.

Yep, it seemed fate was. Crap.