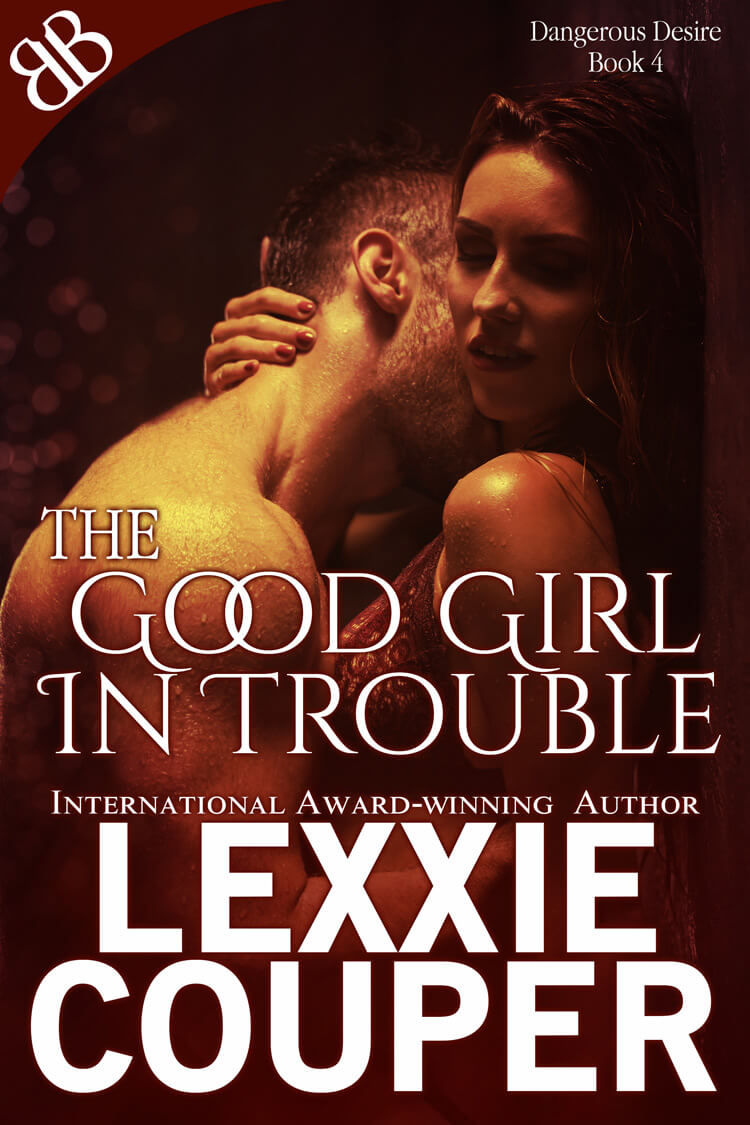 “It wasn’t meant to go like this. Hell if I wanted it to go like this. I’d spent years doing the unthinkable to stop it going like this. And yet, here we were. My screwed-up, violent life, finally and once and for all, destroying what was beautiful and wonderful and beyond what I deserved. Ronnie. Lost to me. Forever. The world is about to fucking burn.” – Lucas Pratt

I was going to marry Ronnie Underwood.

She deserved something incredible and incredible was what I was going to give her.

Pulling all the strings I had, plus asking my friend Dr Lila Winchester to pull a few of her own—which, given Lila’s interesting past CIA life, were impressive and influential—I’d arranged the most amazing, intimate wedding on the most beautiful, secluded beach in Key West. Who knew an ex-cage fighter, gang member and blackmailed criminal informant could be so…well, romantic?

I wanted to take her to Hawaii, but we couldn’t bring Groot. And I knew Ronnie well enough. No Groot, no go. When it came to the young Doberman, it was a toss-up between me and the pup for who Ronnie loved more. Probably Groot. I was okay with that. The damn mutt was adorable, and protective as hell.

Ending my call with Fluffy to inform him when and where he needed to get his ass to Key West—a guy needed a Best Man after all, and the Marine was the best of men I’d ever known—I strolled out onto the deck of my home’s pool and found Ronnie free-stroking through the water with exquisite grace.

Continue Reading
Hell, she was gorgeous. And sexy. And mine.

The reason I drew breath.

Three weeks ago, I’d almost lost her when Queen B turned up, ready to erase all living links to her association with Trinity—the violent gang I’d once been a member of. Two weeks before that, I’d almost lost Ronnie when she’d risked her life to save mine from one of Trinity’s most unhinged members determined to settle a violent score with me. A week before that, her life had been threatened when the deranged detective obsessed with me had decided Ronnie needed to be removed from the picture.

Almost two months of a fucking nightmare for her. She’d been thrown into an insane, dangerous world, and here she was, still with me, still in love with me, swimming like she didn’t have a care in the world.

Christ, I loved her.

Would die for her. Kill for her.

Almost had more than once.

A part of me would have been content just sitting my ass on one of the poolside chairs and watching her body move and glide through the clear water forever: long legs scissoring with natural rhythm, toned arms breaking and slicing the surface the same way. She’d once represented the state in swimming, back when she was seventeen. During—as her mom called it—her “jock” period.

I’d gone and watched her, stood up in the bleachers, baseball cap low over my hardened teenager’s face, wearing a letterman jacket I’d paid a kid from another high school seventy-five bucks to borrow.

I’d stood motionless, just reveling in the way she moved, the way she smiled at her fellow competitors, the way she laughed as she climbed onto the block at the beginning of her first race as if she didn’t have a care in the world.

And she hadn’t. Not really. The only thing that irked Ronnie back then was me. I made sure she detested me. I loved her even then, but it wasn’t safe.

To be honest, I didn’t know if it was even now.

I hoped to fuck it was.

I knew back then she was what gave my life meaning. By my design, she thought I was the anti-Christ. It had been easier that way, making sure she despised me. She would have been mortified to know I was standing in the bleachers, silently cheering her on, my heart aching to yell her name, for her to see me there and smile at me…

I never called her name. Not that entire day. Not even when another kid from a rival school slammed into and knocked her over her as they were both hurrying to the marshalling area just before for her fourth race, the hundred meters backstroke.

Her shoulder was injured when she hit the concrete, badly, and that was game-over for Ronnie at the competition.

I hadn’t called her name. But I’d risked everything by rushing down to her. I’d caught myself, stopping just as I was about to shove everyone mingling around her aside.

Heart in my throat, I’d stood frozen, watching her through the lurching gap of people.

Instead of rushing to Ronnie’s side, instead of helping her deal with the pain of her injury, I stood back, aching all over for her, for the life with her I believed I could never have.

When the paramedics arrived, I slipped away through the crowd. I followed the ambulance to the hospital where they took her and waited until her parents arrived. They were flustered and worried and, in her mom’s case, freaking out.

I returned the letterman jacket to the kid, gave him another hundred for keeping it longer than I’d planned, and returned to my normal life of being an underground MMA fighter on the wrong side of everything.

A month later, Ronnie represented her school at the regional public speaking competition. The topic of her speech: When Plans Derail.

It was so fucking hard not to be in the audience for that competition.

In the first year of living next door to Ronnie, I realized she could do whatever she put her mind to, and excel at it. I still believe that. One hundred percent. If Ronnie wanted to sell hotdogs on the moon, she’d have the best goddamn hotdogs available, and people would sell their souls to get up there to buy them. And I’d be right there beside her, keeping her safe and loving her with every fiber in my body.

And I couldn’t wait to marry her.

Just as I couldn’t wait any longer for her to finish swimming.

Right there and then, what I wanted more than anything else was to be inside her.

My Ronnie. My reason for breath.

I stripped off my shirt, wriggled out of my shorts, and crossed to the pool’s edge to slip silently into the water.

Our home is a fortress. An isolated compound I paid for with sweat and blood, and while that sounds like a metaphor, every fucking illegal MMA fight I fought and won, every split lip, every fractured rib, every broken nose had gone toward paying for it.

Even back then, deep in my heart where I rarely let my mind wander for fear of letting it weaken me, I’d wanted a place Ronnie could be safe in. Loved in. I never believed we be in it together, mind you.

I still wake up some mornings petrified our happily ever after has all been a cruel dream.

I bought her safety and security before she knew I wasn’t anything more than the “bad boy next door”, and even though there are times I hate she’s been exposed to the fucking violent nightmare of my former life, if it wasn’t for the corrupt cop drugging me six weeks ago, I never would have gone to Ronnie in the middle of the night.

She never would have known what I felt for her.

I never would have known what she felt for me.

Chest tight, balls hard, the cool water lapping at my naked body, I followed her the length of the pool as silently as I’d entered it. She reached the end and I slid my hands up her torso from behind to cup her breasts, pressed her body to the wall with mine.

She screamed, thrashed in my arms, and smashed her elbow into my face. It crunched into my cheek, and I saw stars.

Yeah, I deserved it.

“Babe, it’s just me,” I called, instantly letting her go and wading, or more like floating backward a little. “It’s me, Ronnie. I’m sorry. I’m sorry.”

Swiping her hair from her face and yanking her goggles from her eyes, she glared at me. “Jesus, Pratt. You scared the life out of me.”

She’d called me by my last name. I was in the shit.

“I’m sorry,” I said again. As I said, a grade-A fucking moron. After everything we’ve been through, after all the shit my screwed-up, violent life has put her through, sneaking up on her when she’s defenseless and vulnerable was not smart.

Although defenseless isn’t exactly a word to describe Ronnie now. Not only had she become an expert at the tonfa—a Chinese melee weapon—her boxing skills were intense. I suspected Fluffy had been secretly training with her. The Marine treated her like the little sister he didn’t have, which basically translated to him being just as protective of her as Groot.

But still, it was a dick move on my behalf, touching her like that when she was unaware, and I deserved the hit.