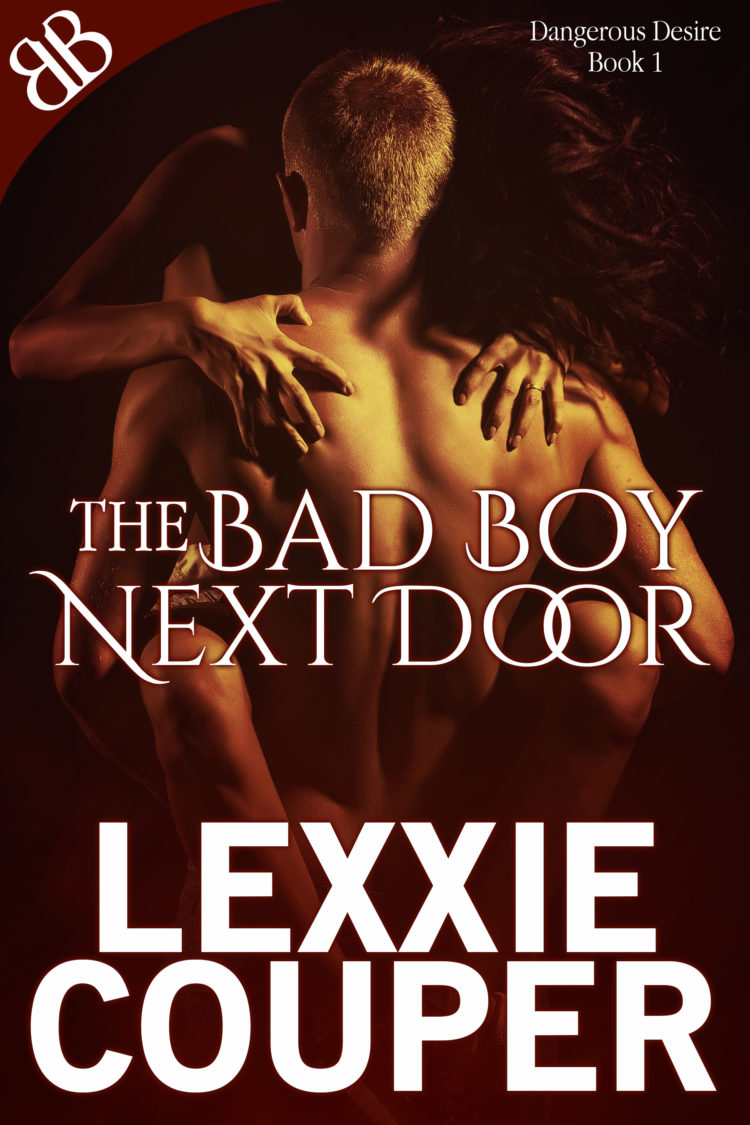 He came into my life when I was sixteen. Tattooed, ear pierced, ripped jeans and bloody knuckled. That was the day his family moved in next door.

And then one night I wake to find him in my bed. Naked. Bruised and bleeding. And hard. Really hard.

He wants me. And he knows I want him too. But he’s dangerous. On every freaking level.

Oh boy, this is going to end in pain…

His mutter tore at the darkness in the room a second before I scrambled across the mattress and smacked my palm against the switch of my side lamp.My bedroom exploded with light.

Lucas hissed, squinting against its harsh assault on his eyes. He raised his hand to protect them against the light, giving me a very clear view of his body.

“Jesus, Lucas,” I breathed, staring at him, my heart thumping fast. “What the fuck happened to you?”

He dropped his arm, the charged energy I was used to seeing in him suddenly turned up to a million. His blue stare locked on mine. His fists bunched at his sides.

I ran my gaze over his torso, too stunned to do anything about covering my own naked body.

Angry purple bruises the size and shape of fists peppered his ribs and abs. Cuts and gashes that could only come from knife strikes did the same, some weeping fresh blood that trickled down his body. Over his hips, down to his—

Jerking my stare up from his erection, I let out a gasp at the battered state of his face. His jaw and lips were as pounded as his body. A deep cut ran the length of his cheekbone below his left eye and also trickled blood.

It was his eyes that messed with me the most, however.

His eyes had always mesmerized me. There was a secret world of danger and violence in them I’d never been able to comprehend. I had even admitted to Mads one night, when we were sixteen and tipsy on my Dad’s secret bottle of Wild Turkey, that his eyes were sexy.

There were a lot of things about Lucas that made him fall into the bad-boy category, but using had never been one of them.

Lucas liked being in control too much. I knew that.

He stared at me, his chest heaving, his eyes…

Bright red fresh blood began to flow from his nose, and suddenly he staggered sideways.

“Jesus, Lucas,” I burst out, clawing myself off the bed.

I grabbed at his arm before he could collapse to the ground, steadying him with a flat palm on his chest—right above the tattoo of a raven inked over his heart. “What have you been doing?”

His gaze found mine. For a second, they were as direct and piercing as always, and then they fogged over with what I assume was pain but might be…something else.

“Ronnie?” he mumbled, raising a hand—bloody-knuckled, I noticed—to cup the side of my face. “What are you doing here? I’ll fucking kill them if they’ve hurt you.”

I frowned, alarm bells ringing in my head, my blood roaring in my ears. “We’re in my bedroom, Lucas,” I said calmly even as my tummy knotted. “You woke me in my bed. What happened to you?”

He brushed his thumb over my lips, fresh blood oozing from his nose. “Ronnie. I’ve wanted you since I first fucking saw—”

His eyes rolled back into his head and he crumpled to the ground.