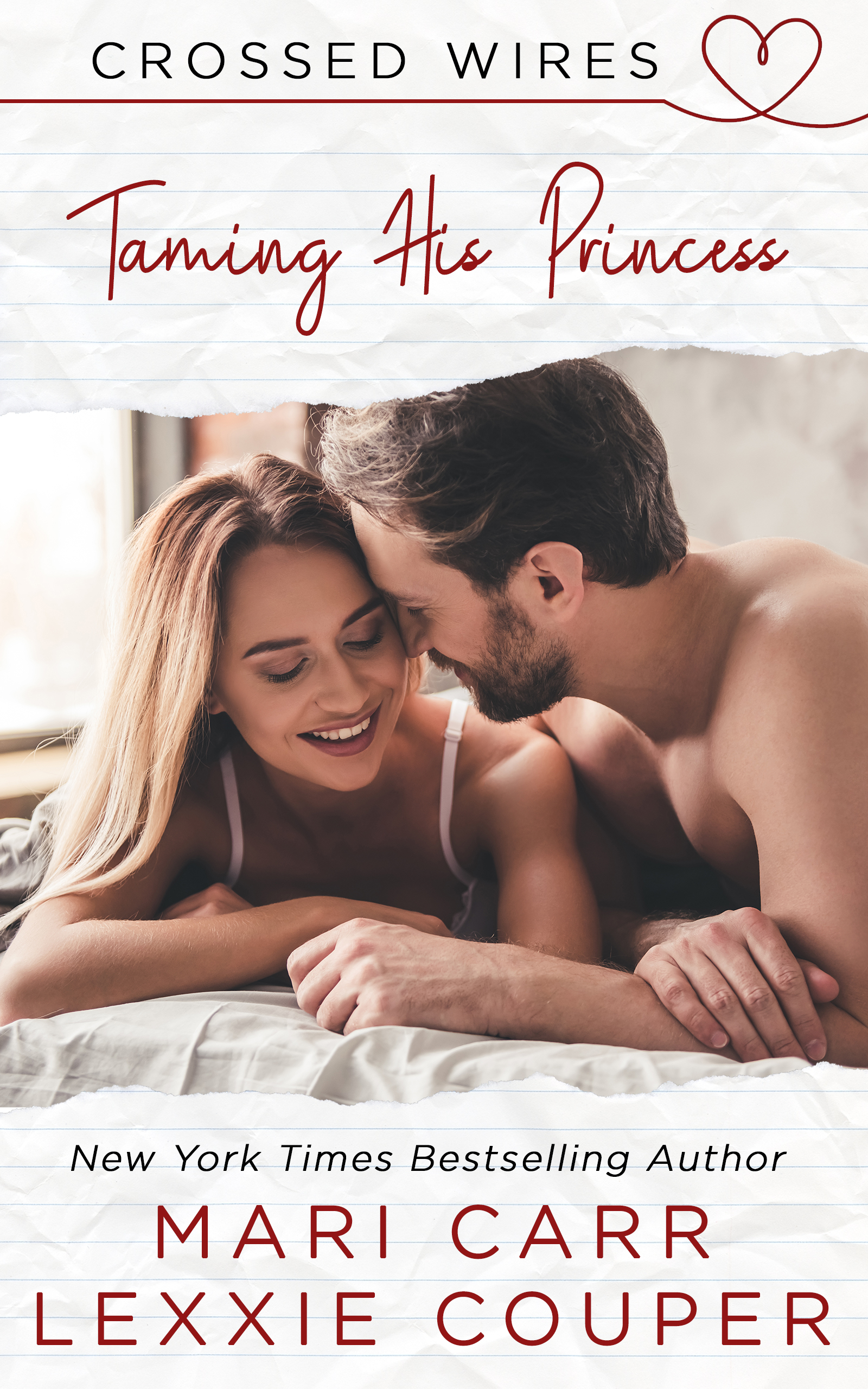 She kissed the wrong brother…

Her friends think she’s crazy to fly half-way around the world for a man she met online…but, wouldn’t you take a chance to find true love?

Annie Prince has impetuously flown halfway ’round the world to visit a sexy cowboy she met online—only to find herself stranded in Sydney. Seems she and Dylan crossed wires, and he’s on his way to New York. His twin, Hunter, saves the day and whisks her back to the family cattle station. Hunter’s as easy on the eyes as Dylan, and even easier to talk to. Annie might have flown to Oz to meet one brother, but soon sparks are flying with the other.

Hunter considered Dylan a dumb arse for jetting off to America for some stranger—until he met Annie. Turns out the New Yorker is a smart, funny, hard-working jillaroo…and hotter than the Aussie desert. Hunter’s not normally one to poach his brother’s women, but he can’t keep his hands, lips, tongue, and other body parts off this sexy city girl.

When raging lust leads to emotional attachment, where does that leave Annie and Hunter when her vacation comes to an end—or when Dylan finds out?

Hunter ran his finger down the pretty blonde’s arm, enjoying the flirting and easy banter. He’d hit the bar after seeing his idiot brother off at his gate. They’d flown the station helicopter to Sydney, leaving so early this morning it had still been dark. Hunter had a couple of hours to kill while he waited for the flight mechanic to refuel the chopper and clear him for takeoff.

“So you live on a cattle station?” the blonde asked. He’d forgotten her name the second she’d said it. One of these days he was going to have to learn to pay attention to details like that.

“Yep. Farpoint Creek. My family’s owned it forever. Established it back in the 1800s.”

The woman feigned interest, but Hunter could see the disdain in her eyes. She was clearly a city girl and the idea of living out whoop whoop in the Outback was less than appealing to her. Lucky for both of them, he wasn’t considering taking this game of slap and tickle out of the airport.

She leaned closer, accidentally brushing the side of his arm with her breast. They’d started their flirting at different tables. Then he’d joined her. After a few minutes of sexual innuendoes, he’d given up his seat across the table and moved over to share her side of the booth.

“You know, I’m a member of the Qantas Club.”

“I was actually thinking of heading over there and freshening up before my flight. They have showers in the lounge.”

She dragged her hand along his leg, starting at his knee and working her way up. He liked a woman who knew what she wanted and wasn’t afraid to grab it. His dick twitched when her hand crept closer.

“Wish I had someone to wash my back,” she purred.

He started to offer his sudsy services, but something on the PA caught his attention. “What did she say?”

The PA announcement was repeated. Dylan Sullivan, please meet your party at the customer service desk located at terminal one.

What the hell? Dylan wasn’t here. At least, he bloody well shouldn’t be.

Hunter reluctantly pushed the woman away while silently cursing his brother. “Sorry, love, but I gotta go do something.” Dylan would pay dearly for costing him a shower with this beauty in the high flyer’s club. He retrieved his hat from the table and put it back on his head.

Hunter nodded regretfully. “Yeah. Afraid it can’t be helped.” He threw enough cash on the table to cover both of their drinks and a generous tip for the waitress. “Sorry.”

He walked toward terminal one, trying to figure out why Dylan wasn’t jetting away from Sydney, getting closer to making one of the dumbest mistakes of his life. He’d loaded his brother on a plane headed for New York over an hour ago.

Hunter had spent most of their morning trek to Sydney trying to convince Dylan that taking off halfway around the world to hook up with some broad he’d met on one of those stupid online dating services made him look pretty desperate.

He’d also pointed out that precious little could come of this trip, besides getting a piece of New York tail. Dylan lived and worked on Farpoint Creek cattle station. In Australia. Trying to hook up with some American chick wasn’t exactly practical.

Dylan, ever the romantic idiot, seemed to think Annie had the potential to be his soul mate. Jesus, his brother had actually used those words—soul mate—and was supposed to be headed to New York to prove that asinine fact.

Had Dylan missed his plane? Hunter couldn’t figure out how. They’d made it to the departure gate in plenty of time. And if so, why would he page himself rather than ask the customer service rep to page Hunter? Maybe Dylan had given his own name as well and the lady had fucked it up.

He glanced at the crowd standing around the service desk as he walked toward the terminal. He and Dylan weren’t lacking in the height department. If his dickhead brother was around, he sure as hell wasn’t standing up; he’d tower over these people. Add the fact he and Dylan hardly ever took off their bloody hats and Hunter should be able to spot him a mile away.

He started to get in line at the desk to ask who’d paged Dylan when a woman walked up to him.

Hunter tried to place the woman’s face. She looked vaguely familiar. “I am?” His mother claimed he’d been cursed with a sarcastic streak as wide as Farpoint since the day he was born. While his mum found it annoying, Hunter had never found a good reason to curb that personality trait.

The pretty woman smiled. “I was starting to worry.”

Before he could tell her she had the wrong bloke and should go ahead and hang on to her anxiety, she took a step closer and threw her arms around him.

The hard-on Hunter had managed to batten down as he’d walked away from his potential shower partner reemerged when her firm breasts brushed against his chest. Bloody hell. Who knew the airport was such a great place to pick up women? He might have to fly to Sydney International more often.

Never one to pass up an opportunity, he accepted the embrace, loosely wrapping his arms around her back. The lovely lady was just the right height for him and had some sexy curves. He liked a woman with meat on her bones.

She pulled away slightly and he started to release her, but she kept her arms wrapped around him and upped the ante, kissing him.

It started as a sweet, friendly kiss, but Hunter wasn’t having any of that shit. She smelled and tasted too good. He grasped her soft face and held her close. He turned his head and deepened the kiss, pressing her lips open so he could get an even better taste. He was thrilled when her tongue met his halfway. Jesus. This chick could kiss.