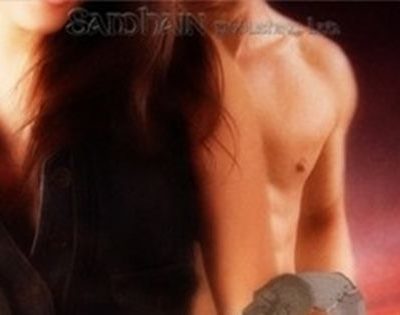 I have to share this with you cause, well, cause I love Patrick so much I can’t wait until you all get to meet him.

Excerpt from Chapter 1, Death, The Vamp and his Brother (available 11th August)

“I. Don’t. Care.” Turning from the sea-spray-crusted window, Patrick “Wato” Watkins ground his teeth. He clenched his cell phone in his right hand, frustration making his blood boil. If his brother wasn’t already dead, he’d kill him. “I’m not coming home, Ven. I have a job to do and I’m not leaving the beach just because you’ve got a bee in your bonnet.”

Ven, aka Steven, aka annoying-as-hell older brother, ground his teeth in return. Patrick could hear his sibling’s molars connect and press together through the phone.

“When are you going to listen to me, brother?” Ven asked, his normally deep voice unnaturally deeper. Whether from anger, worry or the high position of the sun, Patrick didn’t know. Ven was usually asleep at midday. Being awake and in an argument probably brought the demon lurking in his blood closer to the surface than usual.

“It feels wrong. Let the other guards babysit the tourists. You’re the boss. Delegate.”

“Yes, Ven. I am the boss.” Patrick turned back to the window, studying the thousands of swimmers—tourists and locals alike—enjoy a gorgeous summer’s day at Bondi Beach. “Which means I can’t just bugger off.”

Out there in the crystal blue waves lurked danger. Sharks. Rips. Undertows. Blue-bottles…all waiting to catch a swimmer unaware. To bring pain, suffering, maybe even death. He’d be damned if he was leaving those swimmers’ fates to chance. His team was good. God knows, Bluey had been swimming since birth. The senior lifeguard’s rescue rate was the second highest in the country after his own, but—like Ven—Patrick had an uneasy itch in his gut. Unlike Ven, his sense of disquiet had nothing to do with a supposed attack from an unknown “thing” and everything to do with the large number of people enjoying the famous stretch of beach. On a day like today, there were close to forty-thousand souls on the sand and in the water. That equaled roughly forty-thousand possible drownings, shark-attack victims, blue-bottle stings…

Patrick’s gut itched again. No matter what threat his brother imagined in his paranoid imagination, he couldn’t leave.

But he’s not being paranoid, is he? You know exactly what threat—

Shutting down the unwanted thought, Patrick scanned the surf, focusing on a group of Japanese tourists bobbing ignorantly close to Backpacker’s Express. If the beach’s notorious rip took them into its embrace, they’d be out to sea and two miles south before they even realized they were no longer in Bondi waters. It would take at least four lifeguards to round them up, leaving seven to keep the rest of the beach’s visitors safe. Seven men to deal with any emergency on the mile-long stretch. His team couldn’t do that without their boss, no matter how good they were.

He bit back a frustrated sigh. Just a typical day at work. Danger and death lurking everywhere. He couldn’t pack it all in just because his brother thought he was in danger. Besides, it was the middle of the day. What type of paranormal nasty attacked in the middle of the bloody day? And on a busy beach, no less?

The kind in a black suit, maybe?

He ignored the silent question, turning his attention to the packed surf instead. It was a glorious summer day on Australia’s most famous beach. Perfect, in fact. Blue, cloudless sky, clean five-foot waves, warm seventy-one degree water. If said unseen paranormal attack was going to happen, it sure as hell wasn’t going to be today. What Patrick would more likely be confronted with on a day like today, what the itch in his gut was probably warning him about, was the possibility of a careless, overconfident tourist taking their life in their hands by not swimming between the flags. That, he could deal with on his own. He didn’t need his vampire big brother to save a drowning person. When it came down to it, Ven wasn’t up to swimming these days anyway, not during sunlight at least. He was known to pick up his old board for a midnight surf or two…when he wasn’t trying to protect Patrick from God alone only knows, that was.

Shaking his head, Patrick lifted his phone’s mouthpiece closer to his face. “Sorry, Ven. I’m staying put. Either come and get me or go back to sleep.”

“Ha, ha, brother. Really funny. Will you bloody well listen to reason for a—”

He pulled the phone from his ear, flipped it shut and threw it on the counter before him with a shake of his head and a wry chuckle. Ven had spent the last thirty-six years thinking he needed to protect Patrick from some unknown entity, and Patrick had spent the last eighteen of those years arguing with Ven the entire thing was unnecessary. Nothing was after Patrick. Nothing. Nothing could convince Ven differently however. Thank bloody God the bloke spent his days “sleeping”, otherwise Patrick would probably go crazy and shove a stake in his chest just to get some unsupervised personal space.

Who in the hell would be coming after him anyway? A simple lifeguard in Australia?

You know who, Patrick. You just have to—

“You see that group in Backpacker’s, Wato?” a slightly raspy voice sounded to his left, cutting the dark thought dead.

Grateful for the interruption, Patrick gave his second in charge a quick nod. “Yeah, I see them.”

Bluey handed him a pair of binoculars, concern creasing the sides of his pale blue eyes. “One of them’s flounderin’.”

Lifting the binoculars to his eyes, Patrick focused in on the group of swimmers bobbing in the surf’s choppy southern swell. Five people moved up and down with the rolling waves, their heads breaching the deceptive water, sinking below the surface and emerging again. Five people thinking they were safe when they were in dangerous territory. Five people who would need to be rounded up ASAP. Five people—

A man burst upward from the water, thinning blonde hair plastered to a domed skull, sunburnt face distorted in abject fear. He struggled to stay above the inescapable waves, the sea pouring into his open mouth every time he shouted for help. One flabby arm clawed above the surface to wave, once, twice, before he sank below the surface with terrifying speed. Gone.

“Fuck.” Patrick threw aside the binoculars. “He’s under.”

He moved without thought, the act of rescuing a drowning swimmer second nature to him. He’d spent the last fifteen years doing it every day. Ordering Bluey to contact the two guards patrolling the southern end of the beach, he charged from the patrol tower. He snatched up a rescue tube and his board and sprinted across the sand, dodging sunbathers and beach volleyballers on his way to the water. It would take approximately six minutes to get to the man in Backpacker’s Express. By Patrick’s reckoning, five minutes too long.

The high midday sun beat down on him as he ran, the blistering hot sand scalding the soles of his bare feet. He ran, board tucked under his arm, stare locked on the notorious rip, searching the increasing swell for any sign of the sunburnt blonde man. Shit. There was none.

To his left, he saw Grub and Hollywood weave through a crowd of laughing tourists before sprinting into the surf. The two guards threw their boards onto the water and launched themselves through the breaking waves at breakneck speed, heading for the group of clueless Japanese swimmers.

He flicked his stare back to Backpacker’s Express, picking up his already punishing pace, hot sand peppering the backs of his thighs in stinging pinpricks.

Time pressed on him, as brutal as the sun. Grub and Hollywood were good lifeguards, but neither had the experience in the infamous rip that he had, and the middle-aged blonde man wasn’t the only one struggling in the water. It was a foregone conclusion any number of the Japanese tourists would soon realize they were in trouble and make a scramble for the approaching guards the second they saw them. Once that happened, the drowning man would certainly go under for good. If he wasn’t already.

Muscles burning, sweat streaming down his temples and chest, Patrick plowed into the surf. The cool water felt like icy needles on his flushed flesh, biting at his focus. He pushed through the chilling pain trying to cramp his legs, positioning his board and dropping onto it in one fluid move. Plunging his arms deep into the sea, he pulled stroke after stroke, powering his way through the crashing waves.