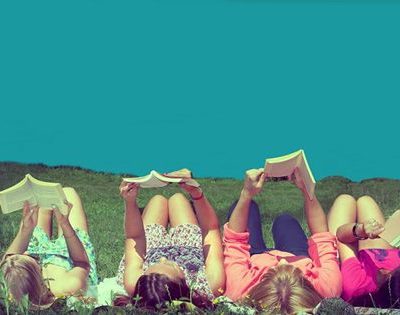 Heya, Everyone 🙂 I hope the year is being nice to you. So far, 2009 has been a bloody sick year for me and my family, but apart from the sniffles, coughs and snots, we are going well.

Last week I finally finished writing Burn (which started life as The Sun Sword.). Yay!! I’m not really sure what genre it falls into – sci-fi/high fantasy/erotic romance, I guess *grin* Wanna read a snippet?

Kala yanked the minimal clothing she wore to sleep from her body and stepped into the shower, shutting the thought down. It was lunacy. She didn’t desire him. He was an insane man with delusions of grandeur from a planet she’d never heard of, let alone been to. She was only going along for the ride because what he offered was better than what she’d spent the first twenty-one years of her life living. The dreams and fantasies stemmed from the simple fact he’d saved her from that life. That was it. Nothing more.
Yeah, right. You keep telling yourself that, Kala.
Punching the hydro stream control, she lifted her face into the cold blast of water, eyes squeezed shut, fists clenched. “Shut the fuck up.”
Two minutes later – skin like icy, center like fire – she stepped from the tiny cubicle, dripping wet and still just as angry. She’d had enough. Today was the day she ended it. She’d let the insanity go on for too long.
It was time to tell Torin she wanted –
“I am sorry. I did not intend-”
The hurried apology, spoken in a voice so deep it was almost a growl, made Kala jump and she spun about, her hands balling into fists instantly, her sex constricting just as fast.
Torin Kerridon stood in the entryway of her quarters, his massive frame almost filling it completely, his face expressionless, his eyes cast to the side. He shifted slightly and for a moment Kala wanted to burst out laughing. The man could probably kill an Earth grizzly with his bare hands and here he was, looking nervous for finding her naked.
Make him more nervous, Kala. Make him sweat. Make him suffer.
The dark, unexpected thought whispered through her head and her nipples tightened, her pussy squeezing in tight pulses. She locked her stare on his face, wanting those angry-sky eyes of his to turn her way. To look at her, see her. Wanting them to fill with carnal desire and tormented confusion.
Look at me! she wanted to shout.
But she didn’t. And he didn’t. Jaw bunched, shoulders straight, he turned in the entryway, presenting her the sight of his broad back, its rising sun tattoo hidden by the worn leather vest he wore. “Training will begin in ten.” He threw the command over his shoulder. “Do not be late.”
Kala nodded, despite the fact he did not look at her. A long second passed, Torin standing motionless in the entryway, the silence growing so thick she could barely draw breath.
She stared at him, willed him to turn around.
His fists clenched, his shoulders bunched and then, with a muttered curse in a language she didn’t understand, he strode away, disappearing from her sight.
Kala let out a choked sigh, closing her eyes and dropping her still damp face into her still damp hands. She had to get off this ship. She didn’t believe in prophesies and destinies and saviors. She believed in pain. And she’d had enough of it. Both physical and – since the hulking man with the grey eyes and insane ideas came into her life – emotional. It was time to leave it all behind and get away.

Burn is part of an anthology Kim Knox, Dawn Montgomery and myself have written – three 30,000 word novellas all connected by the powerful motif of the sun. It’s currently being considered by a publisher at the moment and I shall keep you informed of its status 🙂

Anyways…want to read some Bound?

Ezryn Navarr strode through the Great Hall, his dead stare fixed on the High Exultancy and his new bride. It was customary for all Masters to pay homage to the High Exultancy within the hour of his arrival, but Navarr could never be bothered with custom. Even less so any custom attached to the bloated, self-indulging egomaniac with a crushed velvet fetish currently ogling his new bride’s pert tits under a ridiculously flattering life-size portrait.
Navarr curled his lip in a silent sneer. The vampire lord was a disgrace to his kind – wrapped up in his own importance, courting a dangerously disrespectful relationship with humans, obsessed with the accumulation of wealth and material possessions, throwing his considerable weight around without reverence or thought of consequence. It pissed Navarr off. A lot.
“Ho, Friend Navarr,” his High Idiot called, raising a hand in pretentious greeting. His pale, fleshy face creased into a smug smile as his washed-out yellow eyes slid to his pneumatic wife beside him. Navarr felt his fangs lengthened with contempt. The royal fool actually believed he was irritating Navarr with his blatant parading? If that was the case, he was a bigger imbecile than Navarr suspected.
Suspected? You’ve always known the man was an imbecile. For the last two hundred years you’ve just been waiting on the rest of your kind to realize the same thing.
The High Exultancy flashed a wide smile, pointed fangs glinting in the Great Hall’s many candles. “You do us a great honour with your presence.”
Navarr suppressed the urge to curl his lip. Candles? Jesus, what millennium did the fat fool think it was?
“Although,” the High Exultancy continued, raising black eyebrows, “you are almost ten hours late. The dawn will be breaking soon. We feared the Njal Master would not present himself to us in a rightly manner.” He shot his new bride another quick look, as if eager to see her reaction to his royal disapproval.
Navarr gave him a flat stare. “I had better things to do.”
The new bride gasped, pale skin bleaching white. She gaped at Navarr, her eyes wide with disbelief, candle-light turning her extended fangs a sick yellow.
His High Exultancy snapped to his feet, jowls wobbling. “How dare-”
“Give it a rest, Chuck,” Navarr cut him short. “Or I’ll pin you to the floor and drain you within a drop of empty like I did when we were young.”
Charles Navarr, youngest son of the Njal line, the First Family, High Exultancy of the Vampire nation, turned beet red, an interesting feat for someone deprived of sunlight for close to three centuries. His mouth flapped in silent protest, his knuckles popping as he clenched his fists.
Navarr shook his head, a sour note of disgust curling over the back of his tongue. “Do not fear, baby brother.” He turned and walked over to the fruit platter resting on the long table over-burdened with carafes of human blood. “I will not dream of harming the great leader of our people.” He didn’t stem the contempt in his voice as he retrieved a nectarine from the ornate display of summer fruit. The fruit platter was merely for decoration. Very few of his kind could imbibe human food of any kind, his brother included. That Navarr always could caused many a vampire to clench their jaw in envy – and fear.

What else? My non-existent plotting process has begun for Ven, The Were And His Sister (the sequel to DVB). The first 500 words have been written. I have promised the wonderful Heidi I will have all 80,000 words to her by mid December, so, all going to plan, it should be available sometime 2010 🙂

Anything else? Oh, yes, I have a stack of reviews to share with you. As soon as dinner is cooked and Peanut and Chickpea in bed, I shall do just that. And, cause I’ve been incredibly slack, I’m going to announce an blog/twitter conest. Stay tuned….

OK, I have to go be a mum again, but I shall return. Promise 🙂