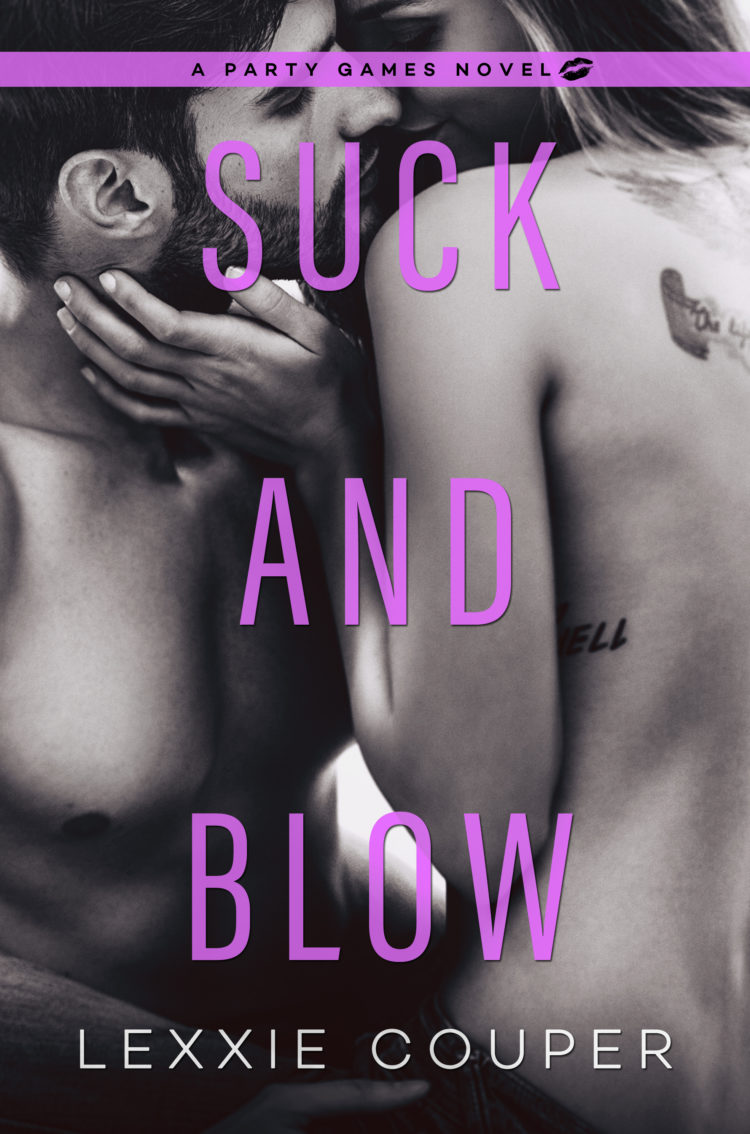 Talent-scout hellion, Frankie Winchester lives by the motto all a girl needs is a fun time, a fast car and an awesome masseur on speed dial. There’s only one person who ever dared rain on her parade: Alec Harris. Bane of her high-school existence, whose parents were as working class and loving as hers were rich and distant. Thank God she left him in her past years ago…

Being a celebrity landscape architect has its perks. Alec Harris can’t decide if being invited to an exclusive Sydney house party is one of them, especially when he spies Frankie Winchester in all her wild, sex-vixen glory. Everything comes rushing back, including the memory of being the “cheap-money” kid trying and failing to prove himself over and over to the girl who hardly knew he existed, Frankie herself.

Frankie and Alec can’t fight the scorching sexual tension that ignites when they are unexpectedly partnered in game of Suck and Blow. But there’s more than a playing card trapped between them. Frankie refuses to admit that kiss shook her to the core. Alec wants nothing less than her full surrender.

Her heart leapt away from her, the soft pressure of his fingers at her waist making her head swim. Or was it the fact she was holding her breath? Holding her breath with the goddamn ten of hearts stuck to her lips?

She didn’t have to. Alec did it for her. With a gentle push and pull on her hips, he turned her around to face him, his blue, blue eyes holding hers, his dimples flashing as the sides of his mouth curled. “So, who’s going to win this one, Frankie?”

The question was asked on a low chuckle, each word making her sex constrict.

She stared at him. Watched him lower his head to hers. Watched him draw closer. Closer. Her lungs burned. Her head swam. The room fell silent.

And her breath ran out just like that, the card slipping from her lips at the loss of suction a mere second before Alec’s mouth pressed to hers.

Explosive heat shot through Frankie, like she’d suddenly and inexplicably grabbed a live wire on an electrical fence. Except it wasn’t electricity charging through her, singeing her nerve-endings and making her nipples pinch hard but arousal. Instant and undeniable. A wicked ribbon of warm tension unfurled through her belly and into the junction of her thighs, and before she could stop it, a low groan vibrated deep in her throat.

His lips were warm, soft. They melded to hers with perfection, slightly parted, his intake of breath drawing her exhalation into his mouth.

He’d expected to feel the playing card pressed to his lips now, of that she had little doubt, but instead of pulling away as she thought he would, his lips lingered on hers. Slanting over them as his fingers on her hips curled a little more firmly against her body, tugging her closer to his body with an insistence that made her head swim just as much as her earlier oxygen deprivation.

She stiffened, for the first time in her wild, uncontrolled life she was utterly and completely bamboozled as to what she should do next. Her feet stumbled over each other, her lurching forward momentum halted by Alec’s hard form.

And he was hard. Very hard. All of him. Hard and big and impressive.

His stomach pressed against hers like a sculpted plane of marble. His chest was hard and smooth under her palms.

Her palms? Frankie’s already rapid heartbeat kicked up a notch, thumping against her breastbone like a bloody sledgehammer. When had she put her hands to his chest?

Who cares? The brazen thought whispered through her head at the very moment Alec’s lips parted against hers and his tongue dipped into her mouth.

He tasted of sinful paradise. Pineapple and coconut and rum. It was intoxicating. She wanted more.

Snaking her hands up over his shoulders, she tangled her fingers in his messy crop of blond hair, opening her mouth wider to his kiss and stroking her tongue against his. She rose onto tip-toe, the elevation aligning her hips to his, the hard heat of him nudging at her groin.

Oh. The single word was nothing but a soft sigh in her mind—a mind furiously trying to remind her just who in the bloody hell she was kissing. Alec Harris. Alley Cat, Francesca, you’re kissing Alley Cat.

And he was kissing her back. And doing a superb job of it.