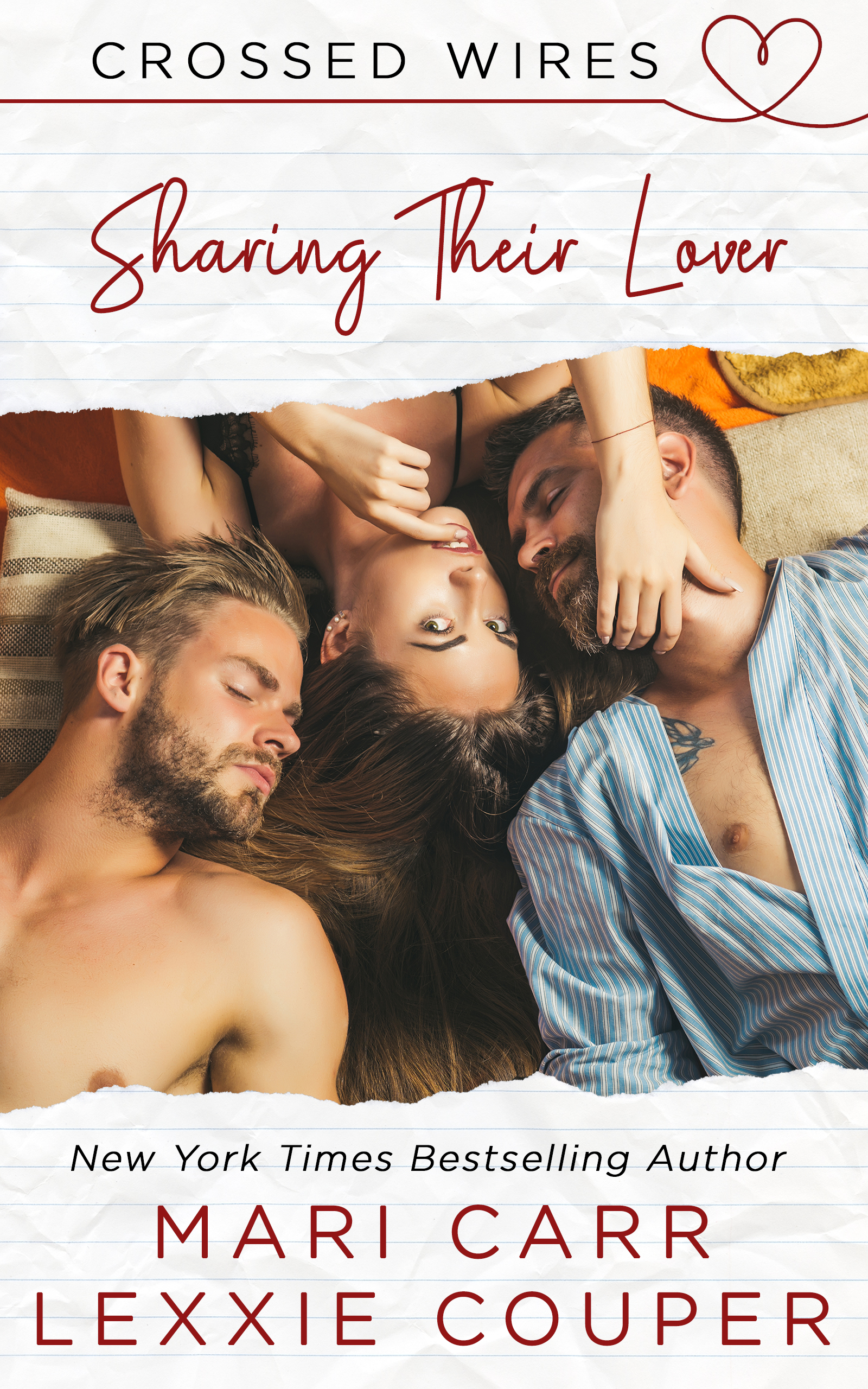 Four hands are better than two…

Return to Farpoint Creek Cattle Station in the Australian Outback, where passion burns out of control when Harper meets her destiny… and two, hot Aussie ranch hands discover they both want the same woman.

A “life swap” with her Australian friend finds Harper on Farpoint Creek Cattle Station, resident teacher for the next two weeks. Having rarely left Chicago, she’s unprepared for many things Down Under—not the least of which is an instant, and instantly intense, attraction to not one, but two Aussie ranch hands. She’d promised herself an adventure, so when the handsome pair come calling, Harper dives in. Literally.

Stockmen Keith and Marc are head over heels in lust with the American teacher, though the attraction brings about some surprising revelations. Such as how right it feels to share a woman. This woman. No jealousy between the lifelong mates, just a burning need to bring Harper pleasure. Together. And they do so—until an unsettling event unearths her tragic revelation.

Between Harper’s inability to confide in the men and her stay at Farpoint racing to an end, it seems inevitable their loving ménage will soon break apart. Doesn’t it?

A curious frown pulled at Annie’s eyebrows. “Have you met Blue and Thomo yet? Keith Munroe and Marc Thompson?”

A vise wrapped around Harper’s chest. She stared at Annie, her lips tingling. “I have,” she answered, modulating her voice. She didn’t want Annie to know that at just the mention of their names her head exploded with debauched fantasies. “On Saturday. They seem friendly.”

Harper jumped at Marc Thompson’s deep voice, the pile of collage fodder on her lap sliding to her feet. She heard his chuckle. Heard Annie’s answering one. But for the life of her, she couldn’t look at him. Not yet. Not until she got the flame in her cheeks under control.

The sound of the floorboards creaking told her Marc had entered her small classroom. “G’day, Ms. Prince. How’s the book going?”

“The book is going well, thank you. Revised chapter four last night.” Annie’s answer was directed above Harper’s head. Which meant Marc was standing directly behind her.

Her heart beat harder and faster, hammering against the vise trying to compress her chest. Oh God.
“Still reckon you should dedicate it to me and Blue. We were the ones who told you to write it.”

Annie’s eyes twinkled. “If I recall correctly, Thomo, you told me to write ‘a book like that fifty shades of sex thing’, not a recount of growing up famous. And Blue told you to shut up and get back to work.”

The chuckle behind Harper was relaxed. Devilish. It made her pussy contract. “It was worth a shot. I’d read it.”

“Yes.” Annie’s smile turned into a smirk. “I bet you would. Now do you mind telling us why you’re here? Can’t we American women take a break for a while from all the Aussie testosterone?”

“Actually, you can have a break if you like, Ms. Prince.” Marc’s voice stroked over Harper’s fraying composure. “It’s Harper I’m here to collect.”

Annie looked at Harper, her expression naughty. “Really now? And what do you plan on doing to Harper once you collect her?”

“Ah, you know us testosterone-filled Aussie blokes when it comes to American women. Take her somewhere private and—”

“Swimming,” he answered. “In the eastern billabong.”

“That sounds like a fantastic idea,” Annie said. “And it’s my cue to get back to writing. Chapter four isn’t going to revise itself, you know.”

And before Harper could say a word, the other woman rose and walked past her, out the door. Leaving her alone with Marc.

“So?” His deep voice seemed to envelop her. “You keen for a dip?”

Stealing herself against the inevitable tummy clenching that came at the sight of him, she twisted in her seat.

The tummy clenching came. As she knew it would. How could it not, when he looked so goddamn sexy? His hat was still on his head, its brim throwing a shadow over his brilliant sapphire eyes. His hands were on his hips, accentuating the broad expanse of his chest and the lean tapering of his torso. He was, simply put, sex in denim.

And waiting for her to say something.

“Err…” Her brain went blank. What had he asked?

“Swim?” Marc prompted. “In the billabong? With Blue and I?”

“I don’t have a bathing suit,” she answered, her cheeks heating again. God, since when did she sound so pathetic and lame?

Marc’s white teeth flashed. “And you think Blue and I do?”