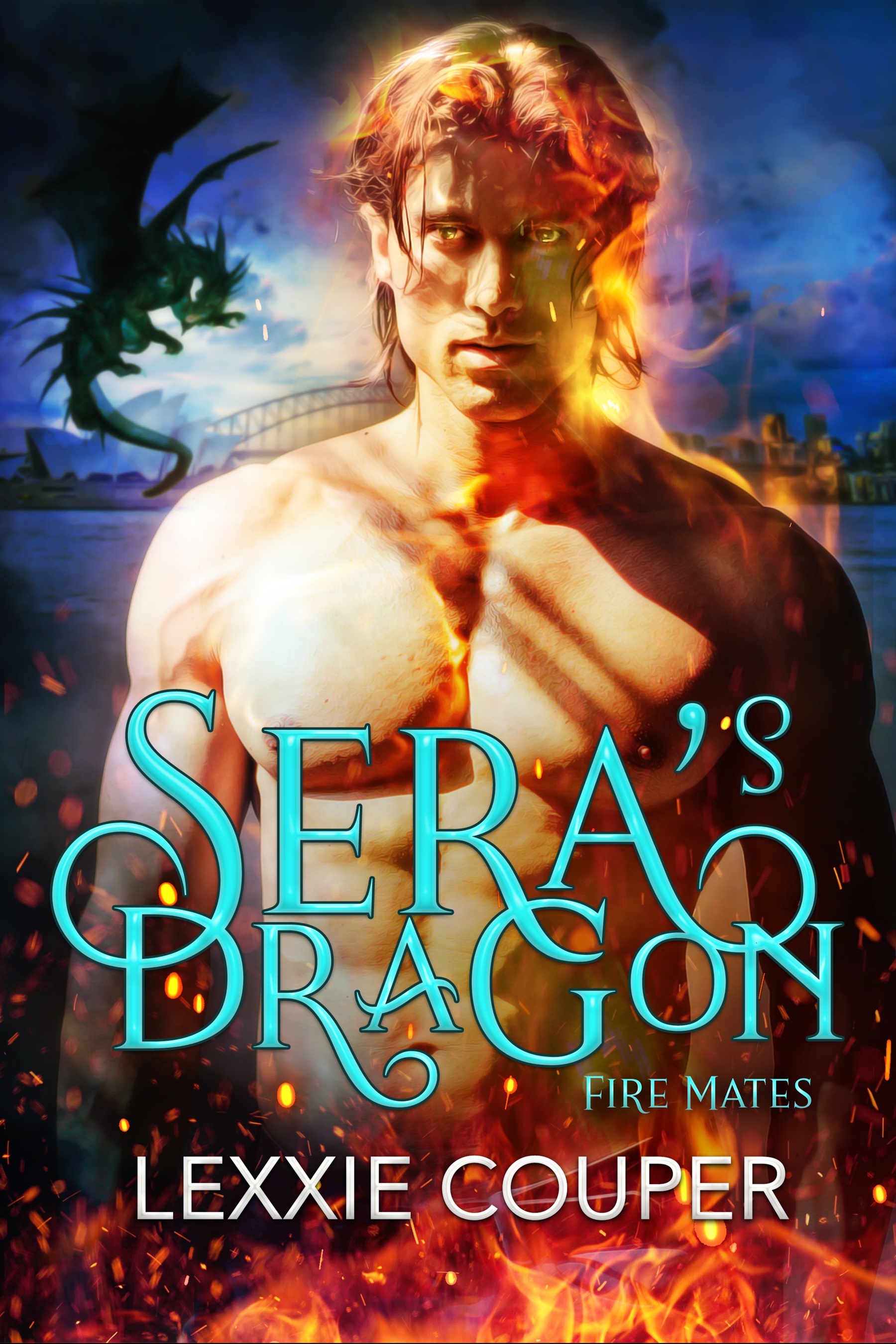 Heartburn sucked. Even for a dragon shifter.

Tyson Conley pressed the heel of his palm to his sternum and rubbed in a slow circular motion, knowing it would do sweet F.A. to relieve the pain. This is what he got for eating spicy meatball pizza. Every friggin’ time, he ended up in hell. At some stage of the game he was going to learn his lesson.

He could already feel the insidious heat radiating up through his throat from his chest, but whereas a human would pop a Mylanta or two and be done with it, he was now in for a scorcher of a time. Thankfully he couldn’t exhale fire in his human form, but that didn’t stop the inferno in his chest from making him wish he were dead. Damn, it felt like the lining of his digestive tract was being scalded to hell.

Ty let out a growl, a thoroughly bestial sound that made the old duck sitting at the table next to his flinch. She stared at him, washed-out blue eyes wide behind her thick glasses.

He gave her an apologetic smile, fighting the urge to fidget in his chair. “Sorry.” He pushed the remains of his pizza away. He was done. If Ryan ever turned up, he could eat the rest of the damn thing. As far as Tyson was aware, spicy meatballs only made his younger brother more—

A million pinpricks of fire raced abruptly over Tyson’s flesh. Then another million. His breath caught, his mouth went dry and, despite feeling like he was about to spontaneously combust, he felt frozen.

The old duck beside him glared, thin mouth puckered with disapproving disdain. He must have made a noise to warrant her obvious ire once more. What it was, though, he didn’t have a bloody clue. Another growl? A groan?

Tyson twisted in his seat, frantically looking around the beachfront café even as he felt like he was burning up. No one stared back. No one gazed at him with open hunger. No one stalked toward him with single-minded purpose or made coy goo-goo eyes from afar. The only one paying him any attention was the old duck with the sour-lemon face, and there was nothing hungry or sexual about the way she stared at him. She looked as if she were about to pull an Uzi from her handbag and save the world from a psychopath.

She leaned toward him, eyes narrowing behind her pink glasses. “Are you on drugs, son?” Her lips—painted the same pink as her coke-bottle glasses, Ty noted in a brief moment of surreal detachment—pursed tighter. “Are you tripping?”

Fresh fire scalded his flesh, so hot, so intense, he gritted his teeth. His cock throbbed with such impatient insistency he feared he was going to erupt. He blinked at the old woman. Opened his mouth. Closed it. His throat wouldn’t work. His balls felt ready to burst.

Mating fire? How could he be experiencing the mating fire? Since when were there female dragon shifters in Syd—

A woman jogged toward the café, holding the leash of a massive animal that could be a dog but looked more like a hairy…thing…loping beside her. She moved at a leisurely pace, dark-red ponytail flipping behind her head like a dancing flame, slim body radiating energy, breath slipping from her in streams of delicate mist Tyson knew only he could see.

She ran past the café, dog-slash-thing keeping pace, and Tyson’s entire body went up in flames. Heat and lust and want. Need.

He bolted to his feet, stare locked on the woman jogging through the crowded footpath. His table went skidding, bumping into the old duck’s. The remains of his pizza clattered to the floor, along with his untouched beer, his phone and the old duck’s glass of wine. Beer and wine splashed his ankles, dribbled inside his shoes, but he didn’t care. He had to catch her. Had to—

“Sonny,” she hissed. “Do you know you’re making noises like a—”

The word reverberated through his head, drowning out whatever word the old duck had used just as the crowd swallowed up the jogging woman.

He was making noises like a dragon. A dragon in heat.

He was making noises like a dragon in heat because he was a dragon in heat. And Christ on a pony, his Fire Mate had just jogged by, oblivious to his existence, triggering the mating fire—and she was human.