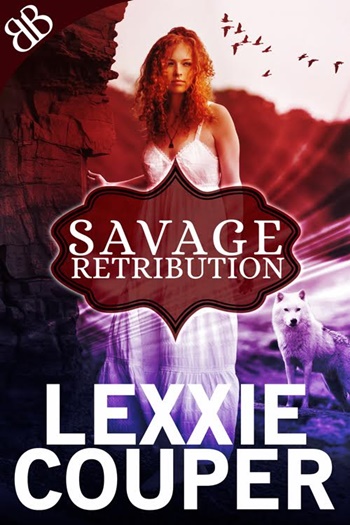 The wolf lay on its side, taking up most of her old sofa, its eyes closed, its rib cage rising and falling with rapid, shallow breaths. Dry blood smattered the grey fur on its neck, cracked and thick like black mud. The cushions of her sofa bowed and compressed under the animal’s massive bulk and, as she had in the lab, Regan wondered what species it was. None she was familiar with.

How can that be?

She frowned. She was at least passingly familiar with just about every species in existence—she had to be in her line of work. How could she not—

In a heartbeat she crossed the room and crouched by the wounded animal, skimming her hands over its body. A wave of awe rolled through the cold worry knotted in her chest. It was unwell. Its limbs trembled and each breath seemed weaker than the last, yet its feral strength was undeniable. She’d thought it a creature of primitive power back in Epoc’s lab but now, here in her room with its corded muscles under her examining fingers, its mana seemed almost tangible. “What genus are you, my friend?” she whispered, running her hands over steely quadriceps much bigger and longer than any wolf species she knew. Quadriceps turned to femur, femur to pelvic bone.

Regan frowned, confusion squirming in her gut. The animal’s pelvis felt wrong, like some sick bastard with a Doctor Moreau complex had taken to it with a bone grinder in an attempt to reshape it into a human hipbone. “What have they been doing to you, mate?” she murmured, tracing the distorted bone. “My God, how can you even walk?”

She moved her hands up the wolf’s spine, counting vertebrae, looking for wounds or injuries. Curiosity ate at her concern. Where had the creature come from? Wolves were not native to Australia and as far as she knew, the only ones in the country were those housed in zoos and animal enclosures. For this lone wolf to be in Epoc’s lab…?

Her seeking fingers slid through a patch of wet fur low on the wolf’s rib cage and Regan stilled her investigation. She parted the animal’s dense coat, looking for… “There it is.”

Fresh blood, bright red and warm on her fingers, seeped from a ragged hole puncturing the wolf’s side. Regan prodded the surrounding flesh gently, worrying the bullet may be embedded in bone beneath. She’d have to get the animal to Rick. Whether the bullet was there or not, the wound needed to be—

“I’m sorry, mate,” Regan soothed, removing her fingers from its rib cage. Chewing on her bottom lip, she smoothed her palms over its scapular and down first one foreleg and then the other. Both rippled with muscle and once again, uneasy wonderment wriggled in Regan’s stomach. The humerus seemed too close to human in structure to be possible. She ran her hands over it and it seemed to shift. Grow longer. Straighter.

Regan scrubbed the back of her hand against her eyes. She must be sleep deprived. Bones didn’t change structure. With a slight shake of her head, she went back to her examination. As soon as she was convinced the animal could be moved, she’d call Rick. He’d give his left nut to help her out, any excuse to try and impress her into his bed. But quite frankly, she had no hope of moving the animal herself, even if it would fit in her car.

Another whine whispered on the air, so soft Regan almost missed it. “Not much longer, my mysterious friend,” she whispered, letting her hands settle on the wolf’s rib cage again, careful to avoid its wound. Its coat felt like fine velvet under her palms and for a dreamlike moment, she felt like pressing her face to the animal’s side. She leant forward, sliding her hands to its shoulder joint in search of wounds unseen and her bare nipples brushed against the wolf’s chest, flesh to fur. Soft. Cool. So much more than she’d expected. So much more than any animal species she knew.

What type of wolf are you?

She returned her attention to the wolf’s body. With the exception of the bullet wound, it seemed physically uninjured, but who knew what Epoc’s scientists had been doing to it. She smoothed her hands over the silken fur, a distant more detached part of her mind admiring the wolf’s superb biomechanical construct. It was a creature evolved for one purpose only—to kill—yet its beauty was undeniable. Strength, menace and deadly purpose all combined in the majestic somehow romantic form of—

The thigh muscle below her palm shifted, elongated, and Regan stumbled backward, landing flat on her bare butt with an ignominious thud. She stared at the massive, powerful and utterly lupine form. Watched it contort. Shudder.

The dense fur rippled, each strand seemingly alive with its own energy. The back legs grew long, straight. Thick, corded thigh muscles formed on bones no longer short and crooked. “What the…” Regan’s stunned whisper barely left her lips.

Another shudder wracked the wolf’s contorting form. Another. And another. Its fur grew thin, retracting into the flesh beneath, disappearing with each violent convulsion until its coat no longer existed and instead…

Regan’s heart froze and she stared at the naked man laying full-length on her sofa.

The naked, trembling, gasping man laying full-length on her sofa.

The man’s eyes—the angry color of a stormy winter’s sky—flicked over her face. Like oiled smoke, he was on his feet, hard, lean body coiling, pale flesh glistening with a faint sheen of sweat in the sun-filled room. Regan stared at him. Speechless. Unable to move.

Shaggy ink black hair fell across his forehead, brushed straight eyebrows of the same color, cheekbones high and angular. Smooth, curved pecs cut down to a hairless torso sculpted in muscle. Nothing detracted from the perfection of his body, not even the mean scar slashing his pale skin from navel to groin. Regan traced the ragged white line with her eye, her stomach clenching as it disappeared into a thick thatch of black pubic hair just above—

A sharp intake of breath jerked her gaze back up to his face, in time to see nostrils flaring on a nose almost too long, almost too large. Those stormy eyes held hers. Kept her naked ass on the carpet. Frozen.

The word flittered through her head, disconnected and surreal and with it came a tight throb, low in the pit of her stomach. A clenching, warm beat between her thighs.

Damn, Woman! Have you lost your mind?

She sucked in her own swift breath, tasting his sweat on the air. “Who…” She began.

Those grey eyes flickered. Grew wild. Dangerous. “You’re in a lotta trouble, love,” he growled, a soft brogue lacing the foreboding words seconds before every muscle in his perfect body coiled and he leapt.

He slammed into her, flattening her to the floor. Back, shoulders, skull. Bright pain spiked through her head, cold and hot at the same time, and she cried out. Strong, long-fingered hands clamped around her wrists, pinning them to the floor beside her head with a grip so fierce her brother would have been jealous. Regan squealed, glaring up into grey, burning eyes. “Get off me, you bastard!” She bucked—all too aware of the muscled body pressed to hers. The naked body.

Fair Dinkum, Woman! Only seconds earlier he was a wolf! Wake up!

A hot breath feathered her face, ruffled her hair and she bucked again. This was no dream. He was no dream. “Get off me, you freak!”

Grey eyes flashed, all the more intense for the thick, black lashes framing them. “I’m no freak, lady.”

The words flowed from well-defined lips, the soft Irish accent she’d heard earlier cut with anger. Long, corded legs battled hers, pinned them to the floor with a brutal strength. His knees shoved at hers, spreading her thighs wide until her lower body was completely trapped by his.

A rock-hard pressure nudged at the soft lips of her sex and Regan sucked in a sharp breath. Oh no, he was aroused!