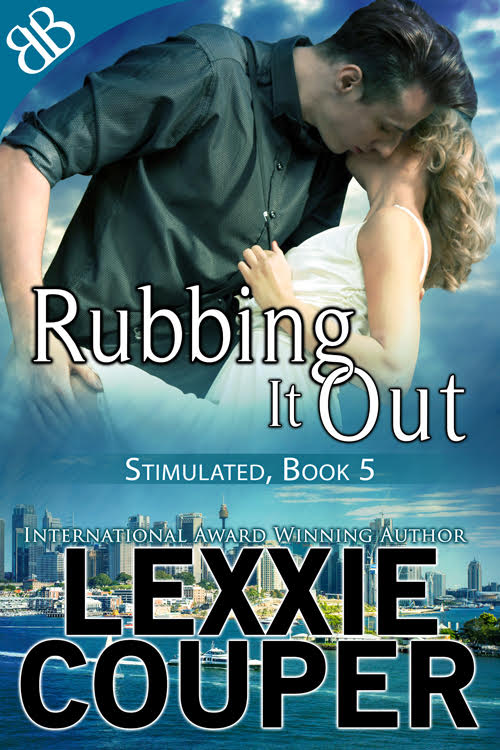 He’ll defy his country for her.

Lincoln Wells has done dubious, dangerous things for his government. Things no man would ever want the woman he loves to know. When that woman almost discovers what he really does for a living, the agency “fixes” the situation. As far as the world is concerned, Lincoln is dead. Niki’s best friend knows he’s still alive…but he’s ninety-nine percent convinced his sister isn’t going to blab.

For twelve month, Nikalene Macintosh has struggled to come to terms with Lincoln’s sudden death. Her best friend’s big brother, he’s been off-limits to her for as long as she can remember. The fact he died without knowing how she felt devastates her further.

So when Bebe slips up and Niki discovers Lincoln is alive, well, someone’s butt is going to get seriously kicked.

Neither are capable of fighting the desire they’ve felt for so long, despite the peril of Lincoln’s past life—nor are they prepared when a mysterious man, obsessed with Niki, drastically increases the danger.

“Jesus, this bastard deserves to die.” Lincoln adjusted the focus on his Pulsar night-vision binoculars as the man fifty yards away stroked the hair of a young homeless boy. “You sure the order hasn’t come through yet?”

The low grumble behind him made Lincoln grit his teeth.

Or maybe it was the way their target had moved on from hair stroking to groin cupping.

“Gonna cut your fingers off one by one, you sick fuck,” Lincoln muttered. “Diplomatic status or not.”

“Careful, Crowley. Your emotions are showing.”

Without removing his stare from the diplomat, Lincoln flipped off his partner.

“Do you need a refresher course on what we do for a living?”

Lincoln flicked the man—now hunkering down beside him, the scope of his SR98 sniper rifle raised to his eye—a quick look. “We kill people for our government. No questions asked. BTW, what’s your real name?”

“And you don’t look like a Lincoln. Did you pick Crowley or were you assigned it?”

Snyder chuckled, tracking their target through the scope. “Hell no. Some wanker higher up the food chain at the agency has a lame sense of humour.”

Lincoln let out a dramatic breath. “I’d have had to reevaluate our relationship if you’d given yourself that name, and after four missions together I’m too settled in.”

Snyder snorted. “Too old, you mean? Too set in your ways? What are you? Fifty?”

Snyder chuckled again, still watching their target. “Kidding. But seriously. For our line of work, you’re an old man.”

True. Also true was the fact that Snyder had something to do with Lincoln lasting so long. When you had a partner you trusted with your life—as much as one could trust another in their line of work, that was—you counted every day alive as a gift. Lincoln didn’t believe in God, or any higher power except the one who passed down their orders, but hitting thirty-three in a fortnight was a pretty good thing.

He returned his attention to the diplomat, his night-vision binoculars doing nothing to hide the man’s grotesque paunch.

Thirsty mosquitos filled the humid night air with a low whine. The smell of refuse, stagnate water, and tropical vegetation blanketed the area. Down in the slums, the diplomat—who, among other things, had been charging an exorbitant amount of money to those in Australia who wanted to indulge in their most depraved desires without the risk of Australian law hanging over their heads—opened the mouth of the young street kid and inspected his teeth.

Lincoln snarled. Cutting the bastard’s fingers off wasn’t good enough. Pulling out his molars—also one by one—would help. “How much longer before we move?” he asked.

Snyder shook his head. “No clue. Not soon enough. This prick’s affecting my appetite.”

Lincoln nodded, even as he swallowed back a wave of revulsion at what the diplomat was currently doing to the kid. “And here I was, thinking you were emotionless. Do you need some time with the agency’s shrink when we fin— Holy shit. Niki?”

“Niki?” Snyder asked. “What are you— Shit, there’s some chick heading toward Dutton!”

He sprinted through the dense scrub, Glock drawn, stare locked on the young woman storming toward the diplomat in the shantytown.

“Who the fuck is Niki?” Snyder demanded via their comm link in his ear.

He didn’t answer. Instead, he threw himself into a sprint.

And slammed into Nikalene Macintosh, his little sister’s best friend—the person he’d spent the last four years trying to forget—at the very moment she began to swing what looked like a cricket bat at the corrupt diplomat’s head.