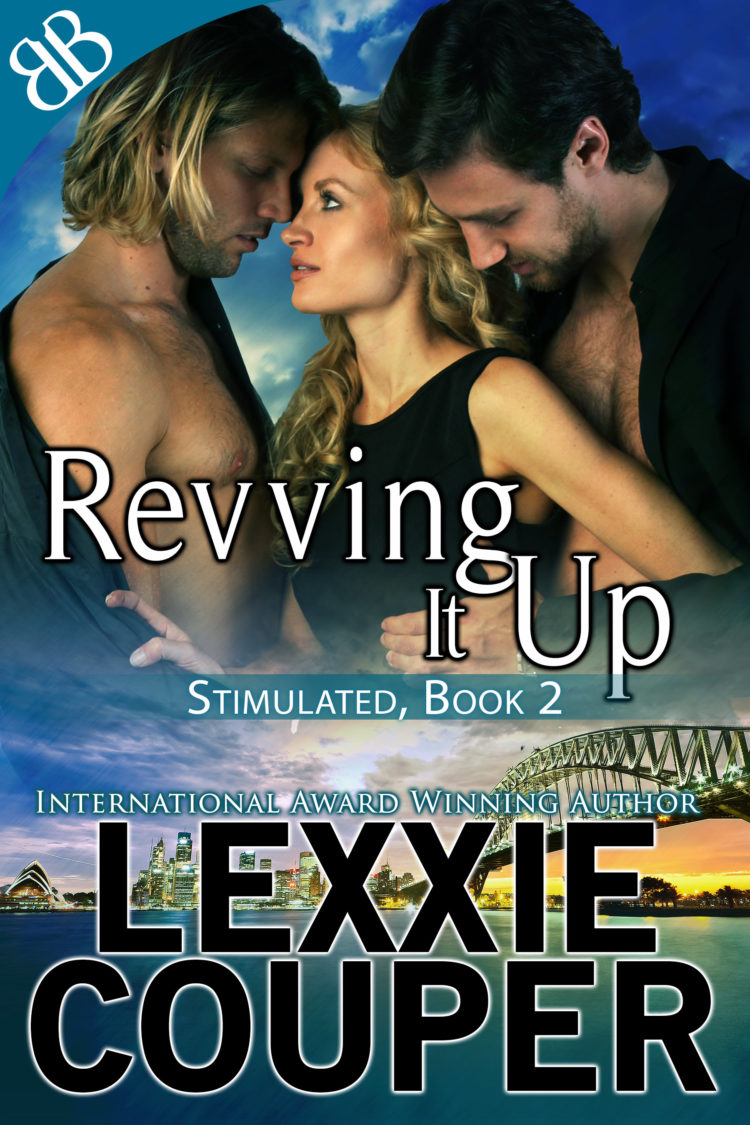 “Lady and Gentlemen…start your engines!”

Tell Sami Charlton men are better than women at motocross racing and you’re bound to lose a testicle. She’s not the National Champion because she’s a pretty face with a hot bod. In fact, Sami is the best rider Australia has ever seen. She’s also feisty, rebellious, prone to sarcasm, and never looks before she leaps. Like, ever.

Jay Rutledge, Team Charlton’s Head Mechanic, has kept his desire for Sami a secret since he joined her team. It’s not always easy, but thankfully Sami is more interested in riding bikes than men. He spends his days making sure the vibrations between her legs are from a perfectly tuned engine and keeps the desire thrumming through his own body in neutral. Just.

Eli always gets what he wants, and he wants Sami. In every way. The trouble is, Eli declared in an interview women aren’t as good as men at motocross and now all she wants from him is his balls. But when Sami bets anything she can beat him on live television, Eli knows the god of arrogant motocross champions is smiling on him. He takes Sami up on her bet…and doesn’t plan to lose. He hadn’t however, planned on dealing with Jay, a man he used to–once upon a time–share everything with.

Sami thought the only real pleasure in her life came from racing. She was wrong.

Content Notes: This novella contains a hot Aussie mechanic who knows how to handle his tools, a hot American pro-racer who know how to ride hard and long, and a feisty heroine with a gutter-mouth who talks herself into a hot, sweaty, throbbing situation with them both. Revving It Up is intended for mature audience. I’m not kidding.

Nothing got Sami Charlton off more than hot vibrations between her spread thighs.

It would be worrisome if she didn’t enjoy the sensation, given she experienced it every day. Made a living from it, in fact. A very successful living. One that included truck-loads of money, multiple trophies and a level of celebrity status in certain circles.

Who would have thought the day her older brother had deposited her on his trail bike when she was only six would lead to a career—twenty years later—where she got to experience an orgasm every time she went to work? In front of thousands of people, no less?

Dropping back through the gears of her KTM 350, Sami rode the last throbbing wave of her latest motocross-induced climax before drawing to a halt next to her mechanic.

“How many?” Jay Rutledge asked as she handed him her custom-designed helmet, a knowing smirk on his face.

“Three,” she answered, scruffing at her hair with her gloved fingers. She didn’t need a mirror to know the cropped peroxide-white strands were now sticking out from her scalp in a crazy mess. When one wore a helmet for extended periods of time, one gave up the notion of having the kind of tresses found in shampoo commercials.

Besides, white-white hair looked awesome against her olive skin, especially with the damn-near iridescent purple streak that hung down to her cheekbone she’d added yesterday.

“Only three?” Jay tsked, shaking his head in mock disappointment. “You tired today or something?”

Sami fixed him with a direct gaze. “You try having multiple orgasms while executing a nic nac on a bike your mechanic still hasn’t fixed the mono-shock rear suspension on, in front of the country’s leading motocross journalists andyour main sponsors.”

Sami threw her leg over her bike and scruffed at her hair again. In about ten minutes she would be speaking to said journalists and sponsors. That’s why they were at the Sydney Stadium, after all. To see her perform the routine that scored her the International Women’s Motocross Championship title last week in Dallas. To celebrate her win with interview questions and cheesy photos, and maybe—in the case of her sponsors—throw some more money her way.

“Your clit needs to—”

At the excited shout behind them, Sami and Jay turned.

“What the hell is she doing here?” Jay muttered, handing Sami back her helmet. “I’m outta here.”

Sami scowled at her mechanic. If the sod weren’t so fucking good at his job, she’d hit him. Or sack him. Or crash-tackle him to the ground before he could get away. No way was she facing Dianne Slough alone.

“Ms. Charlton.” The woman waved, tottering toward her on six-inch heels.

Sami rolled her eyes. What kind of idiot wore six-inch heels to a motocross event?

The same kind who works for Mr. Oh Look at Me I’m So Fucking Awesome.

Before Sami could pretend she hadn’t seen the woman hurrying toward her across the pit track, Eli Swanson’s personal assistant was squirming like an excited puppy directly in front of her.

Dianne Slough gasped. Sami had no idea why. “Mr. Swanson can blow me” was her standard response every time the woman relayed a condescending compliment from the international motocross superstar.

“He’s asked if you’ll join him in his private box for a drink,” Dianne plowed on.

Dianne’s wide smile didn’t falter. Sami had to give her points. No matter how many times Sami was rude to her boss—via Dianne—the woman continued. Swanson must pay her a shitload of money.

“Didn’t realize Biggest Dickus was in Australia at the moment.”

At Jay’s chuckle, Sami turned to find her mechanic standing on her right. Jay and Dianne had history. She didn’t know what it was, but it had something to do with when Jay was Eli’s head mechanic. She raised her eyebrows at him and he shrugged with a grin. “What? I’ve got your back. See how bloody awesome I am?”