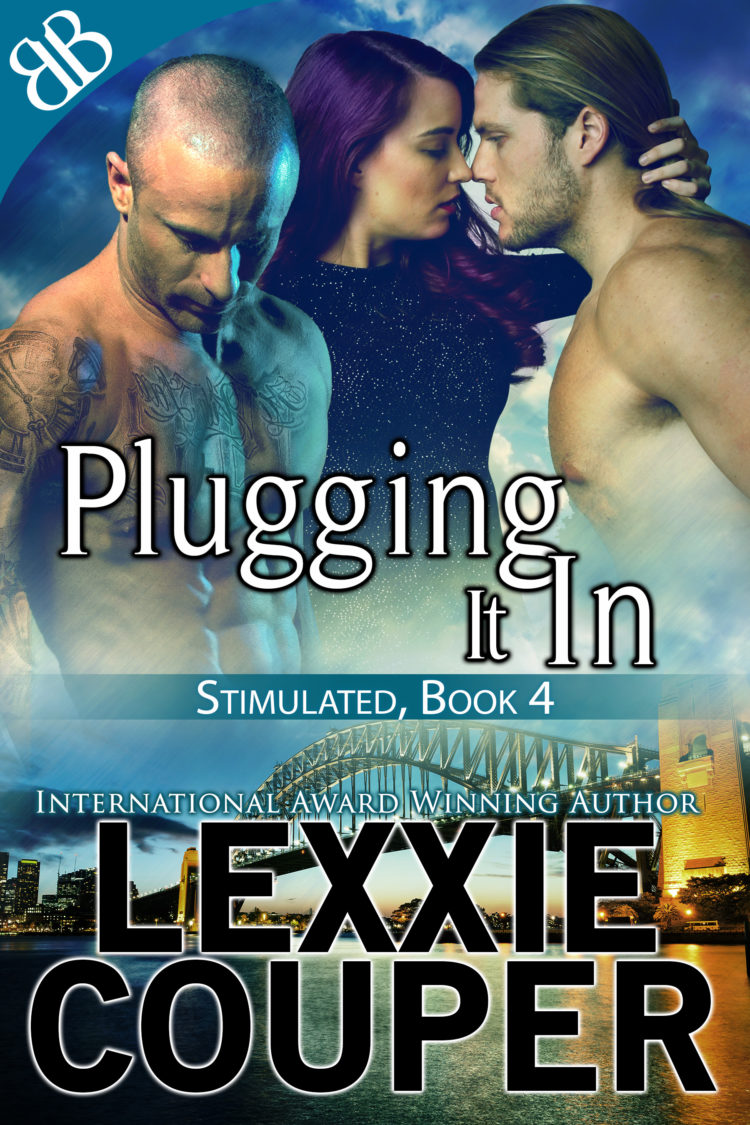 This is not a game

RG Bailey is at the top of her game. Literally.

As the most successful online game designer in a male-dominated industry, RG bows to no one—in the boardroom.

Outside of the office, she’s learned she’s only too eager to bow down to Ruckus Tyrell, the only man to ever overcome her one-and-done rule in the bedroom.

Before RG, Ruckus avoided relationships. Avoided them so hard, he willingly gave up Bran North, the only person he’d ever loved, besides RG. But when his current lover meets his ex, Ruckus is revved to discover the trio’s mutual sexual spark.

Can he have it all? Ruckus plans to find out. It’ll either be game on—or game over.

It was time RG kicked Ruckus out of her bed.

He’d been in it eight times in the last two months. That was seven more times than her One-and-Done rule about men in her bed allowed. Four of those times he’d actually slept in it, as well as making her come so often and so masterfully she’d forgotten for a moment who she was.

Forgetting who she was due to mind-shattering pleasure was one thing. Heck, even waking up to his hard, sinewy, tattooed body beside her was one thing. Both of those things were all very well and good (really good, to be honest. Ruckus was the best lay of her life), but mind-shattering pleasure and a hard, sinewy, tattooed body spooning her didn’t make up for the snoring.

Damn, did Ruckus know how to snore.

Raking her hands through her hair, RG watched the security surveillance expert’s chest rise and fall as the buzzing sound tore from the back of his throat.

Deciding it was now or never, she reached over and pinched his nostrils shut.

A split second of silence filled her bedroom, followed by a grunting cough as Ruckus spluttered awake.

RG grinned at him, resting her elbows on her bent knees. “Time for you to fuck off, Ruckus.”

He squinted at her, scratched his belly, yawned, and then sat up. “Okay.” He swung his long, lean legs over the side of the bed and straightened.

She made a half-hearted attempt to not check out the sublime perfection of his naked arse as he plodded away from the bed towards the bathroom.

He really was the hottest fucking bastard she’d ever laid eyes on. Unorthodox, a little wild, more than a little crazy, a tad enigmatic (okay, tad was an understatement), ridiculously intelligent, and partial to scary-looking tattoos inked into his smooth brown flesh with exquisite skill by his equally enigmatic cousin, Lincoln.

Everything she wanted in a guy, really.

He disappeared into her bathroom. A few seconds later came the sound of him evacuating his bladder.

RG rolled her eyes. “Y’know, you could close the door when you do that.”

He didn’t answer. Not straight away. In fact, it was a few minutes after the sound of the loo flushing and the bathroom tap running that he poked his head around the bathroom door and looked at her, a toothbrush sticking out of his mouth, white foam slicking his lips.

“Y’know,” he pulled the toothbrush free of his mouth and pointed it at her like a finger, “the only reason you’re kicking me out is because you’ve just realized you’ve fallen in love with me and it’s scaring the shit out of you.”

He shoved the toothbrush back into his mouth, gave her a look she had no hope of interpreting, and disappeared back into the bathroom.

In her chest, her heart began an attempt to mimic a semi-automatic machine gun with the trigger duct-taped to the “pulled” position.

Her? In love? With Ruckus?

Ruckus? She’d only known him for a few months, six at the most. She didn’t even know his last name. Sure, she’d been sleeping with him for the last two months, and whoa baby, how incredible was that? But still? How could she possibly be in love with him?

Because he’s unorthodox, a little wild, more than a little crazy, a tad enigmatic, ridiculously intelligent, and partial to scary-looking tattoos?

True. All true. Plus he was the most incredible lover she’d ever had. And he cooked Thai food better than any Thai restaurant she’d eaten in. Both here in Australia and in Thailand.

And she’d broken her One-and-Done rule with him. That said a lot.