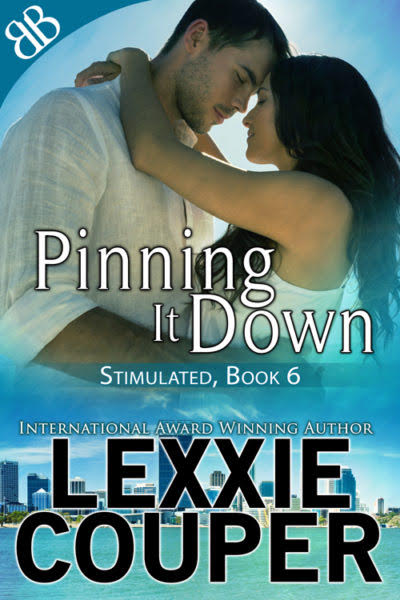 He swore he wouldn’t succumb to her.
And then she unleashes her wild side…

Neurosurgeon Erik Murphy lives for his work, avoiding relationships at all costs. He’s learned to keep a tight leash on his lust, and never more so than with staff or coworkers. So when Nurse Bebe struts into his hospital, he considers her off-limits. But despite his iron control, just one look at her sexy curves and sassy attitude and Erik suspects he’s screwed…figuratively and literally.

Bebe Wells was the proverbial wild child, throwing herself headlong into life without regret. Only after deciding to try some adulting did she find her passion in nursing. But she’s barely settled into the more grown-up Bebe when she meets Dr. Delectable her first day on the job. She vows not to backslide into her old self and ride the man like a new birthday pony. Until fate intervenes…and who’s she to argue with fate?

He’s spent his life living by rules. She’s spent her life breaking them. The choice is simple: deny the combustible chemistry between them…or surrender to their true selves.

Walking in on the Head of Neurosurgery while he was getting a blow job in the specialists’ private lounge wasn’t the way to keep your new job.

At least, Bebe thought Dr Erik Murphy was getting a blow job. It sure as hell looked like the hot Irish surgeon was getting a blow job. What else was one meant to think at the sight of a platinum-blonde woman on her knees between his spread, muscular thighs as he slouched in one of the leather armchairs, eyes closed, head resting on the back cushion?

Surely anyone who walked in on a sight like that would think blow job, right?

Bebe hadn’t stuck around to ask. Unfortunately, what she had done was let out a stunned gasp a split second before spinning around to bolt from the lounge. Of course, because fate had a twisted sense of humour, she’d collided with the doorframe—ooffing so loudly, everyone in the hallway looked at her—and then bounced into the other side of the doorframe, hitting her hip so hard she’d let out an equally loud “shit!”

If Dr Murphy hadn’t noticed her when she’d walked in, he sure as hell would have noticed her running out.

Which was problematic to the extreme, because Dr Erik Murphy was not one to irritate. He was notorious for demanding only exemplary behaviour from those who worked with him, or even those who worked near him. She’d heard he’d once reprimanded an intern for wearing a shirt a shade of green he found displeasing. Reduced the poor guy to tears, apparently.

Chewing on the inside of her mouth, Bebe pinched her thumbnail and fidgeted on the plastic cafeteria seat. An hour had passed since she’d walked in on Murphy. Sixty minutes of sheer psychological torture.

What were the chances being busted getting a blow job in the specialists’ private lounge was more irritating to him than a green shirt?

Damn it, she needed this job. Treading water in an angry ocean of student debt wasn’t fun, and she couldn’t bring herself to ask her big brother—her only living relative—for help, no matter how tired her legs were getting. Lincoln was dealing with his own life—or rather, the fall-out from his very dangerous previous occupation—and the last thing she wanted was to pile more stress on top of him.

Which was why she hadn’t mentioned a word about her tight financial situation to Niki, either. When your best friend was also your brother’s significant other, you had to pick and choose what you told her.

If only she’d knocked on the door first before going inside. The doctor she’d been sent to deliver a message to hadn’t even been in there.

Still, couldn’t Murphy have kept his libido in check until he was no longer on the premises? Seriously, what kind of moron had oral sex in the middle of the night?

“Bebe, are you listening to me?”

Incredibly sexy is an understatement. Freaking make-your-ovaries-explode sexy, more like it.

True. Dr Murphy had been her go-to sexual fantasy since she’d seen him striding through the staff cafeteria on her second day at Central Perth. She’d even done the whole throws-her-against-the-wall-and-ravishes-her-while-everyone-watches—

Something hard nudged her foot under the cafeteria table, and she startled. “What?”

The woman sitting opposite her frowned. “What’s going on? You look flustered.”