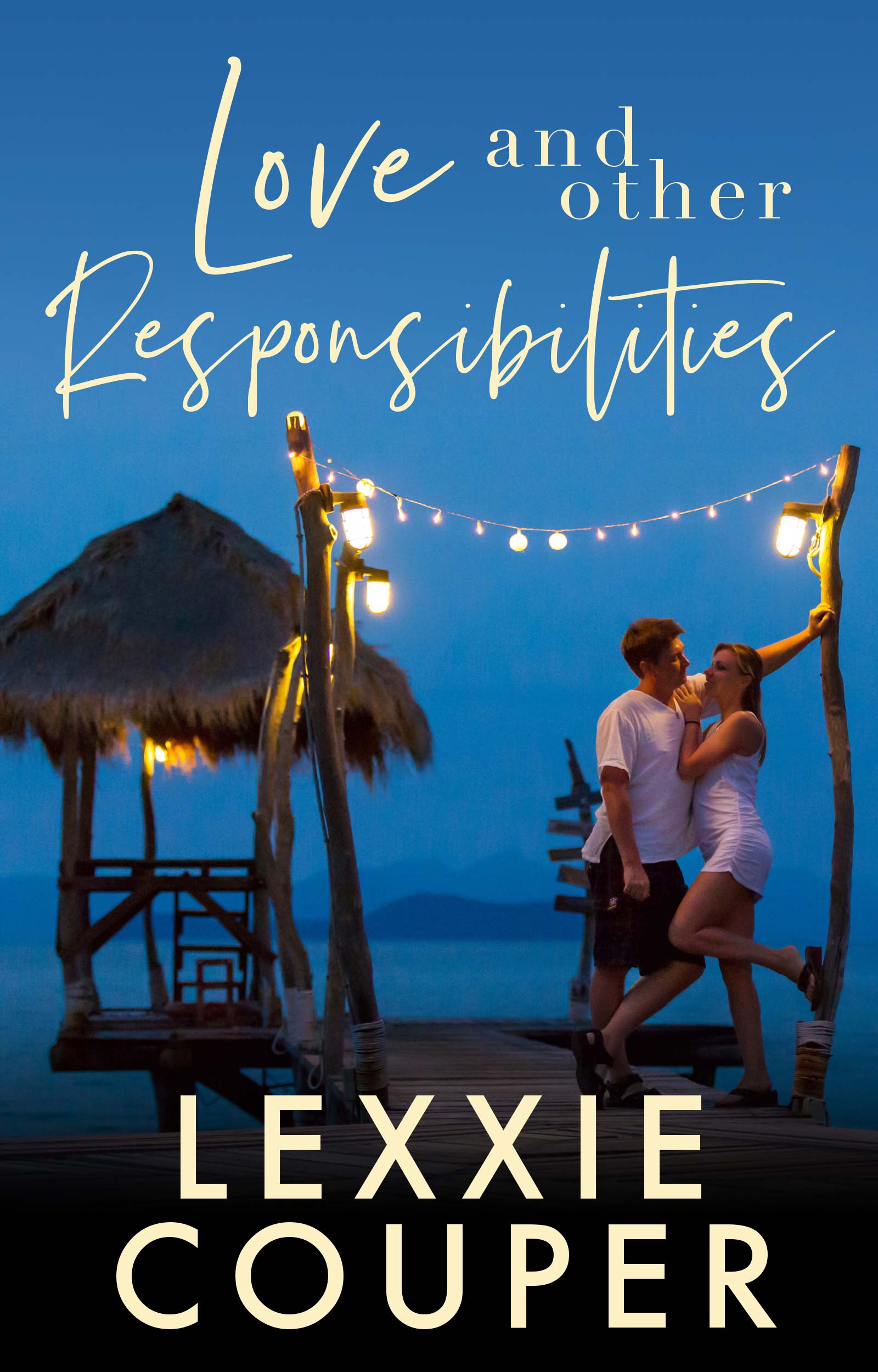 What happens when love comes with other responsibilities? Because Brody’s memories of the past and Randi’s plans for the future might destroy any hope of happiness for them as a couple. And that’s only the start…

He was rusty. And nervous. Bloody hell, he was nervous.

Did he open her car door for her? Hold out her chair for her? Did he offer to select the wine? No, no wine. She was a teetotaler. She’d told him that on their first date. No, not date. They’d never been on a date. The first time she’d come to his house. Tonight was their first date. Wasn’t it?

It had been too many years, decades, since he’d been in this kind of situation.

This kind of situation.

He flicked Randi—sitting silently in the passenger seat beside him—a glance.

A cold tension coiled through him, one he had no trouble recognizing.

Yeah, he was in the kind of situation he’d never anticipated being in again. He was going out for dinner with a beautiful woman who made his chest tight and his breath quicken and stirred in him a longing he’d thought he’d never experience again.

Christ, what would Bridget make of this situation?

“Thank you for picking me up.” Randi smiled at him. Was he crazy, or was she nervous as well?

“I was ready early and thought I’d come get you.”

Ready early. Huh, that was an understatement. He’d been checking his bloody watch since around eleven a.m. for the time he could walk out of work. Anyone would think he was keen.

When Singo had walked into the house at five—being the victor of the who-can-bribe-Sasha-the-most contest to decide who would babysit her and Willow—Brody had needed to pour his mate a drink just to stop himself from bolting out the door. He’d already been showered and dressed by five. Dressed, reconsidering his chinos and white linen shirt, wondering if he should shave, checking his armpits for unwanted BO despite the fact he’d damn near emptied a can of deodorant there.

He’d hoped the succession of deep, slow breaths he’d taken on Singo’s arrival would banish the nerves. Of course, he also knew that hope was prone to plant a feather wanting to grow a chook.
The impromptu meditation hadn’t banished his nerves.

Nor had Willow helped. Unlike Sasha, who was over the moon about his adventure out with Randi, Willow could only glare at him, bottom lip set in a pout, arms crossed over her chest. She hadn’t even said goodbye when he left. She had pointed out he was leaving really early for an eight o’clock reservation. Even now, he couldn’t work out if it had been anger or betrayal in her eyes as he’d left.

“Where are we going?”

He swallowed. For some reason, it felt like someone had upended a bloody truck full of sand in his mouth.

“I’ve been told to try Truluck’s Seafood, Steak, and Crab House.” Nate had insisted it was the place to eat. “So I figured we could give it a shot. Have you eaten there?”

She shook her head, causing her hair to slip and slide around her bare shoulders.

He bit back a groan. He wanted to snag a fistful of her hair, wanted to feel the cool, silken strands comb through his fingers. Wanted to draw her head to his and press his face—

“We can blame Youngie if it’s no good.”

He’d TripAdvisored the restaurant three times since making the reservation last Saturday, just in case someone posted a bad review.

“I rarely go to restaurants to eat.” She laughed. “I’m a ramen-noodles-on-a-budget girl. Exorbitant student debt, remember? So I plan to use and abuse you tonight.”

“No, no, keep going.” He laughed. Couldn’t help himself.

Groaning, she buried her face in her hands. Her hair tumbled over her shoulder, hiding her behind its curtain. “And here I was thinking I could do this.”

“Do what?” If he reached out and tucked her hair behind her ear, what would she do?

She lifted her head and let out a shaky laugh. “Not make a fool of myself.”

Throwing him an askew glance, she snorted. “You’re sure about that?”

“Hey, do you know how many times I checked my armpits since getting dressed this arvo?”

She burst out laughing.

She covered her mouth with her hand, muffling her giggles.
“Wait, wait.” He raised his right arm a little and took a loud sniff. “Make that eleven.”

He grinned. Yeah, he wanted to hear that laugh every day for the rest of his life.