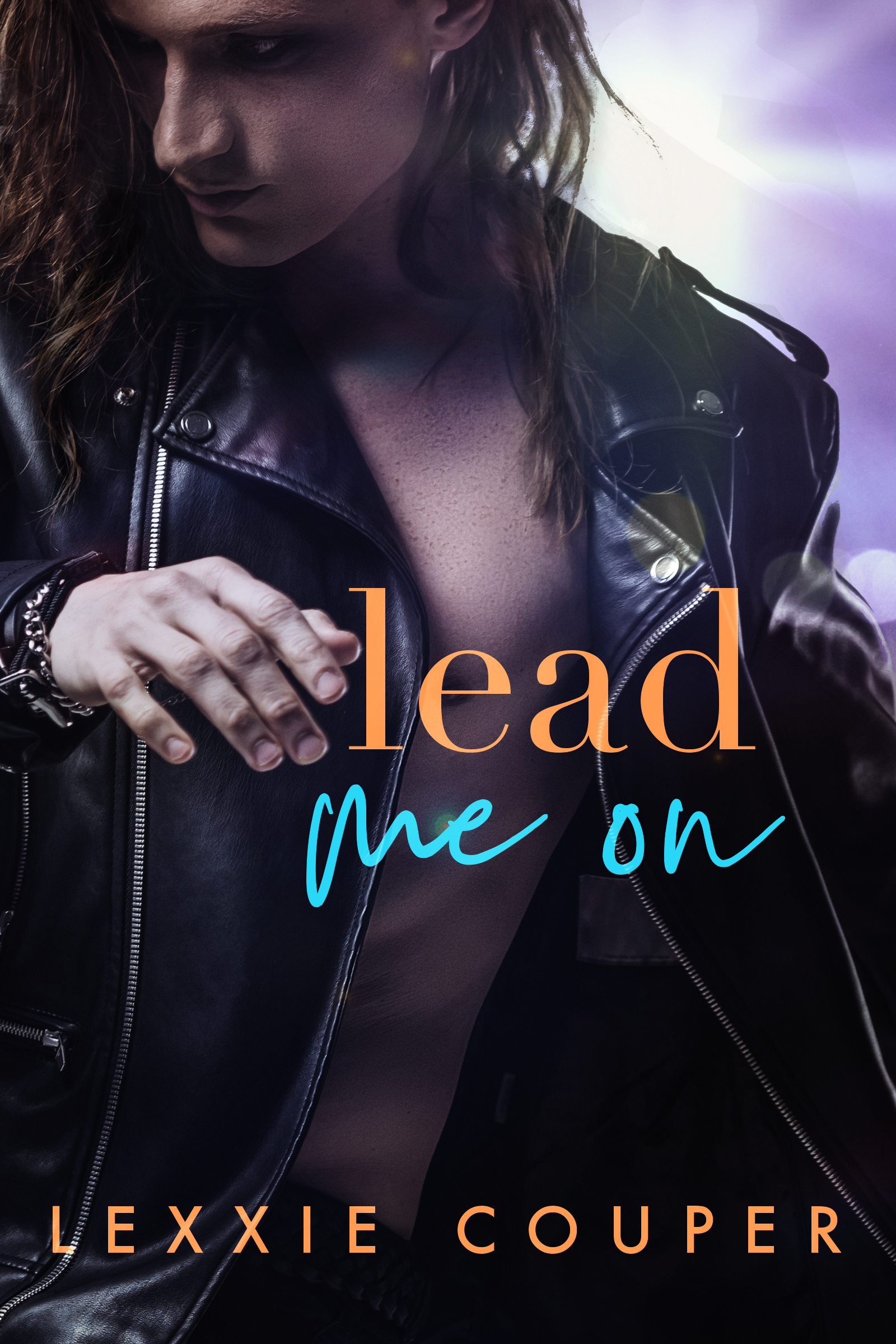 Warning: Be prepared for sex, drugs, and rock ‘n’ roll. As well as molten, relentless seduction. And heartbreak. Because rock stars rarely play by the rules.

Brooding. Arrogant. Narcissistic. Rock legend Samuel Gibson has worn all these labels—and he’s in no hurry to drop them. Until he meets Lily Pearce, whose brother would be the perfect new singer for the band. There’s an allure beneath Lily’s prickly demeanor that makes Samuel wonder if it’s time to correct some of the misconceptions trailing behind him like a mile of bad microphone cord.

After watching her brother get chewed up and spit out, Lily has no love for the hedonistic world of rock ‘n’ roll, or anyone in it. Yet her own body betrays her with an instantly sizzling sexual attraction to the very symbol of everything she hates about that lifestyle—Samuel Gibson.

Things heat up and Lily’s heart is on the line once she starts to catch glimpses of the man beneath the reputation. But can she reconcile her feeling for Samuel with everything she knows his world to be?

He may rock her world, but she will shake him to his soul.

“I seldom give full five stars, but Lead Me On definitely deserved them.” – FIVE STARS, Pet, Goodreads Reviewer.

His heart clenched. For some reason, the realization she was concerned about her brother pushed a button deep inside Samuel, a confusing one that seemed to have a direct line to his chest. “How can you expect to clean up if you’re going to be throwing yourself into all the crap all over again so soon?”

“Y’know,” Jax said, leaning forward, “we’re not all deviants. I know there’s been some stuff written about us but—”

“But we’re rock legends,” Samuel finished for Jax, letting his stare hold Lily’s angry one. He really didn’t know why he was antagonizing her. Maybe it was the only way to see her in any other emotional state but chilly. Maybe to have her look at him. “We don’t lead the same life as normal people.”

Samuel didn’t care. Because there it was. In Lily Pearce’s eyes. Green fire.

“And you think this makes it okay to rush my brother out of rehab?” Brittle distaste cut her question. “You think your lifestyle makes all the crap excusable?” She swung her stare to Eugene, leant across the table and snared his fingers with hers. “Gene, please stay until your time is up. Let the doctors help you. I’m beseeching you. I can’t keep seeing you die like this. You’re an amazing singer, and Zombie Grill is a great band. You just need to clean up, get another job for a while—away from the rock world—and regroup. That’s all. I’ll help you do that. I just—”

Her voice cracked. She stopped, pulled away, closed her eyes and swallowed.

Lily’s answering sigh was short. She opened her eyes and nodded at her brother. Beside Eugene, Jax gave Samuel another frown.

Samuel’s gut clenched. This wasn’t what either of them were expecting. They didn’t have to put up with this. They really didn’t. And yet he couldn’t stand up and leave.

Not because he desperately wanted to hear Eugene sing again—he did, the guy had the most unique, amazing voice—but because he didn’t want to walk away from Lily Pearce yet. Not until he figured out what it was about her he found so…so…

“I’m sorry, Gene.” She turned her gaze on Jax, affording Samuel the chance to study her profile. She had a high forehead, turned-up nose and full lips. There was a smattering of freckles on her high cheekbones. Her neck was long. She truly was beautiful, but in the most untraditional sense. Like a child had somehow become trapped in a woman’s form—as if she hadn’t yet grown into her age. “I apologize for my outburst.”

Jax nodded, his smile warm. Friendly. Samuel couldn’t help but notice she didn’t apologize to him. “No worries,” Jax said. “I get you’re concerned about your brother. I’ve got two of them, and holy crap, I worry about them all the freaking time. One of them is a high school teacher. How’s that for a dangerous job? The other trains police dogs. Seriously, I spend each day wondering if they’ve had their hands bitten off—both of them. These high school kids today are wild.”

Samuel sat in his seat, the rich sound seeping into his being and playing hell with his senses. Damn, it was a beautiful sound. He wanted to be responsible for her making such a sound. Wanted to hear her do it again as she looked at him, her full, lush lips stretched wide in a smile.

At this very moment in time, he wanted that more than hearing her brother sing.

More than finding a replacement for Nick.

More than anything, in fact.

How the hell was he going to do that?

The prickling weight on the side of her face told Lily the guitarist was looking at her. She fought the urge to shift on her seat. To glare at him. Rock legend. Pfft.“We don’t lead the same life as normal people.” Huh. What a freaking ego. It was clear Samuel Gibson was a classic example of the world she hated so much. The kind of guy who thought just because he could play a guitar, prance about on a stage and looked hot in tight black leather the rules didn’t apply. The kind who thought they could sleep with whomever they wanted, just because their shoulders were broad, their muscles sculpted and they could hold a tune.

Well, this whomever wasn’t swallowing it. And she sure as hell wasn’t going to let him see how much she wanted to yell at him to leave her brother alone.

He may be gorgeous and sexy and have an accent to drive her to distraction, to make her fantasize about him saying her name over and over again while he slipped his hands under her shirt and smoothed his palms up to her breast and—

Wait, what was she thinking?

She scrunched up her face and bit back a curse. Where was her brain?

Crossing her arms over her breasts, she wriggled deeper into the visiting room’s hard plastic seat and corralled her deluded libido.

She may find him sexually attractive, but she didn’t like him. Not at all. The sooner she was out of his company, the better.

Red heat flooded Lily’s cheeks as the realization she was gawking at his arms, his torso, his chest, slammed into her.

She jerked her eyes away. But not before her gaze collided with his.

I don’t like you, Samuel Gibson, she thought, pivoting on her seat to present him with her stiff back as she tuned into what Eugene and the other musician, Jax something-or-other, were talking about.

“Do you know where that is?”

Jax grinned. “Best in San Francisco. I suspect once we get the rest of the guys here, we could hear you do your thing by midday. I’ve got a standing arrangement with the owner so there’s no stress getting the space.”

Eugene tossed her a smile, and her heart twisted at the sheer jubilance shining in his eyes. “Excellent.”

Jax shoved his hand into his back pocket and withdrew a cell phone. Lily wanted to chuckle at the iPhone’s protective case—an image of The Wiggles in all their skivvy finery. “I’ll call Timmo now. Give us a sec.”

He put the phone to his ear and began talking.

“So. Eugene turned to the man Lily was determined to ignore. “Are you going to stay in San Francisco until next Saturday?”

“Think so.” Samuel Gibson’s deep voice teased Lily’s tenuous calm. “It’s been a while since I was here. Figure I might do the whole tourist thing while we’re waiting for you to be ready.”

Eugene tossed her a wide smile. “You should. Lily knows all the exciting places. Comes with being a paramedic. She’d love to show you them, wouldn’t you, Ly?”