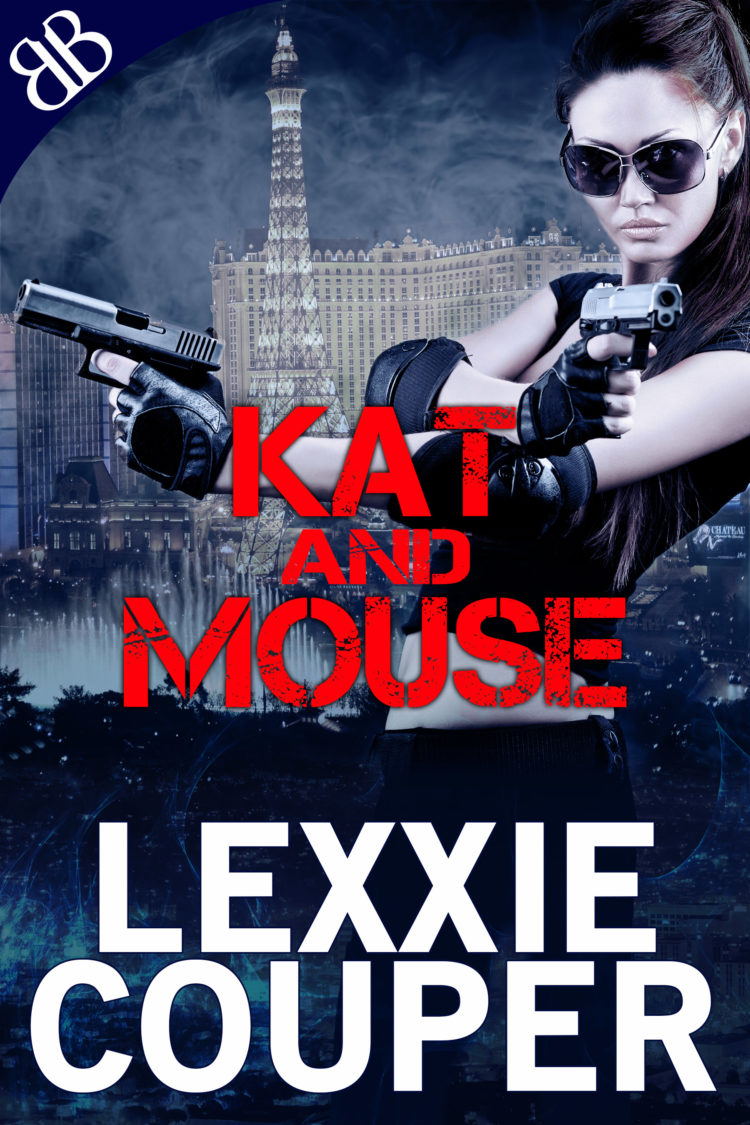 Las Vegas, Nevada, playground of the rich and famous and temporary home to The Mouse, international jewel thief and man of mystery.

Federal Police Office, Katrina O’Lauchlan always gets her man and when the trail leads to the paranormal resort of Los Magia, Katrina discovers a world of pleasure, intrigue, and danger!

Federal Police Officer Katrina O’Lauchlan is on the tail of an international jewel thief, a mysterious criminal known only as The Mouse.

She’s not going to let him get away, even when his trail leads her to the sinfully decadent paranormal resort, Los Magia, a place where your every desire is catered to. Katrina’s desires run deep and dark, and The Mouse is more than willing to accommodate them. But so is someone else. Someone who’s been watching them both. Someone who knows everything about them. . .Someone dangerous.

This paranormal romantic suspense contains federal police officers, an international jewel thief, shifters and supernatural beings, a sinfully decadent paranormal resort, and adult situations and language. Kat and Mouse is not intended for readers under the age of 18.

*Rogues and Romance says of this sensual paranormal romance: “Kat and Mouse blends together action, mystery, erotica, and paranormal elements into the perfect story that fascinates you from page one.”

A tall man with dark, honey-brown hair crossed the foyer to her far left, broad shoulders and wide back snugged by a spotless white t-shirt, low, lean hips, tight arse and long, muscled legs encased in faded denim. He moved like smoke, effortless yet determined at the same time. It was sensual. It was confident. It was…

She narrowed her eyes, tracking the man as he moved deeper into the Lynx’s foyer, heading toward the line of elevators she’d only just walked away from. She wasn’t sure. Not one hundred percent. But she would be. After following him for a bit. Apart from a vague identikit description, she didn’t know exactly what The Mouse looked like, but she knew—knew—her gut would tell her when she found him. All she needed to do was…touch him? …stand before him.

Stuffing the Tartarus pamphlet into her back pocket, she touched her cuffs tucked in her waistband and started toward the elevators.

Okay, O’Lauchlan, how are you going to do this? You can’t follow him into the elevator without him seeing you, you sure as hell can’t let him get out of your sight and you don’t have a phase-shifter to mask your presence. If it is The Mouse he knows exactly what you look like. Shit, he knows you’re in Los Magia, so how are you…

The man headed to the left, disappearing around a corner marked with a sign reading ‘stairs’.

Katrina quickened her pace, slipping large amber-tinted sunglasses on her face. The Mouse knew what she looked like, but with any luck she’d pass for just another tourist if he quickly glanced her way.

The wide, carpeted staircase was empty when she reached it, but she could hear, over the sounds of the hotel, the very faint thud-thud of footfalls further up. Curling her fingers around the cool, golden rail beside her, she took the stairs two at a time, her heart in her throat. Damn, she wished she had her gun. Not that The Mouse had ever displayed violent behaviour. No one had ever come close enough to him for him to display any type of behaviour. Well, except smug arrogance at never been caught, but that was more a personal jab at her.

You don’t need you gun, O’Lauchlan. Just use your head, and if the worst happens, your fists and your feet. You’re not a black belt for nothing, remember.

Did he know he was being followed or was he just in a hurry?

Katrina quickened her own pace. Trap or no, she wasn’t letting him get away. Not until she ascertained if he was The Mouse or not.

She increased her speed, taking the stair three at a time, her palm hot under the cool rail from friction. Or was it excitement? Nerves?

Hurry up. You should at least be getting a glimpse of him by now. His heel, an elbow… something.

The stairs curved to the left. The footfalls grew fainter. Fainter.

Throwing caution to the wind, Katrina broke into a sprint up the remaining stairs, bursting onto a carpeted landing painted in warm muted light. The mezzanine.

She scanned the thoroughfare. A row of closed doors stretched out before her on the right, obviously guest rooms, statues of big cats—tigers, panthers, cheetahs—occasionally resting between them. On the left, the foyer sprawled below, guests moving across the lushly carpeted floor, checking in, checking out, perusing the lines of slot machines, staring up at the enormous statue of a proud lynx rising from the centre of the space, a wicked glint of devilishness in its large emerald eyes…

Fuck. She’d lost him. He’d either entered one of the rooms unfurling before her, or jumped over the balcony down to the foyer, and something about the relaxed way the people moved down there told her a tall, broad man in denim jeans hadn’t just come vaulting into their presence.

She swung her stare back to the doors, doing a quick count. Damn it, there had to be at least sixty before her, and that didn’t include the ones she couldn’t see on the other side of the mezzanine behind the lynx statue. He could be anywhere.

Katrina jumped, her hand snapping immediately to where her gun would normally be. She spun about, fixing the woman standing behind her with a steady look.

“I’m sorry to startle you, Ms O’Lauchlan,” the woman apologised, her clear eyes the most unusual shade of gold. “But I have a message for you.”

Katrina noticed a slim silver nametag pinned to the lapel of the woman’s immaculately tailored black suit. She was slipping. She should have noticed that before now. Focus. Focus.She bit back a scowl. Fair Dinkum, she was getting sick of that word.

From nowhere a small folded piece of paper appeared in Tiamat’s slim hands and she held it out to Katrina. “From a friend,” she said, and for a moment her eyes seemed to shimmer with a deep golden glow.

Katrina’s already pounding heart leapt into her throat, obviously not content with staying in her chest. A friend…She took the offered note from Tiamet, mouth dry. I can’t believe it. He’s done it to me again…

Hands steady, she unfolded the paper.

Got to be quicker than that, Kat.

But there didn’t need to be. She recognised the handwriting.