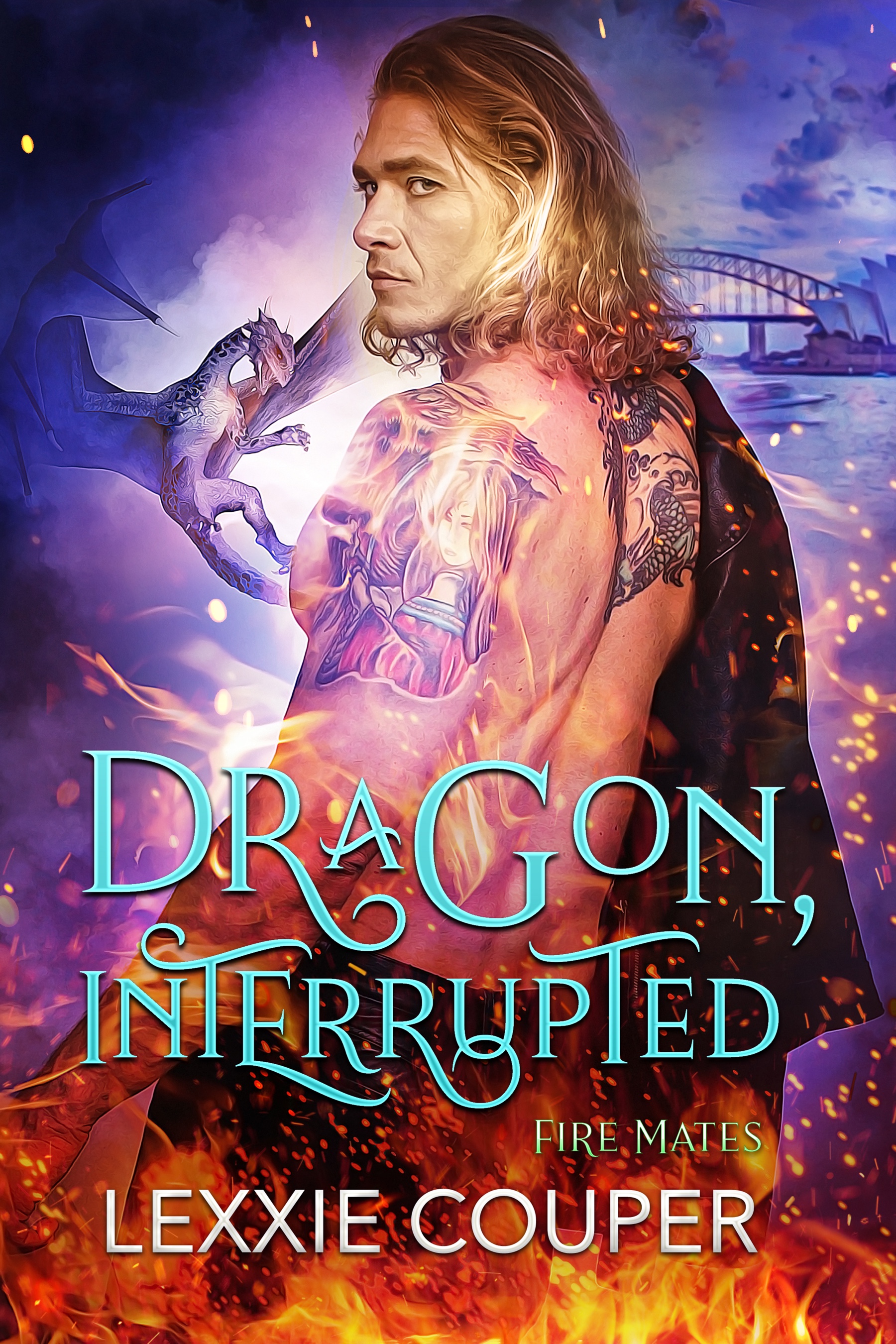 Ari could think of no reason to explain how the now-naked goddess gazing up at him could be his Fire Mate. It was, to the best of his knowledge, impossible.

Dragon shifters and humans did not mate. Sure, sex between their species occurred often—and there was a group of humans calling themselves Riders who traveled the world seeking out dragon shifters to sleep with. Dragon-shifter groupies who courted death by fire and seemed to get off on it more than the sex itself. But a human being a Fire Mate? Impossible.

And yet this woman, this human woman, with her wide green eyes and confused feistiness was just that. His Fire Mate.

Ari would get to the answers later.

After he surrendered to the potent force of the mating fire and lost himself to the pleasure of her incredibly lush body, creamy pale skin and full pink lips.

The fact she’d answered the door wearing nothing but a towel to hide her beautiful curves only fed the mating fire blazing through him more. As did the raw, carnal way she responded to his kisses.

Holding her gaze, he smoothed his hands down over her hips, her flesh warm against his palms, and lowered his head to hers. He saw his desire mirrored in her eyes a heartbeat before he took possession of her lips. Fresh pleasure flooded through him.

A heartbeat before she drove her knee up into his balls.

White-hot pain exploded in his groin.

“What the fuck are you doing?” she yelped, scurrying backward.

Bent over, breathless, his balls and cock a world of agony, he watched her bounce away from him like a wired boxer.

His body reacted to the rise and fall of her incredible breasts. His dragon growled with hungry impatience and appreciation.

Pulling in a slow breath, he straightened to his feet. The pain faded, his body’s preternatural ability to heal itself already dealing with the collision of knee and scrotum. “You really don’t have a clue what I’m talking about, do you?” he asked, struggling with the need to throw himself at her, to take her in his arms, to bury himself in her sweet sex…

Feet now firmly planted on the floor, stance wide, fists raised— no doubt ready to strike at him if he drew close to her—the goddess glared at him. “I know I have no fucking clue who you are, and with the way you’re going on about dragons, I’m also hazarding a guess you’re on some crazy drug that’s making you fucking nuts. That’s what I know.”

Ari smoothed his hand over his jaw. Did he risk the punch she would swing at him if he went at her? She would surrender to the mating fire eventually. He didn’t doubt that at all. What happened during it would clearly mess with her head—a human would have little hope of understanding the concept of being engulfed in blue fire during a soul-deep orgasm—but she would surrender to the pleasure of it all regardless. She had no other choice. The joining of Fire Mates didn’t answer to choice, it answered to ancient magic. Destined force.