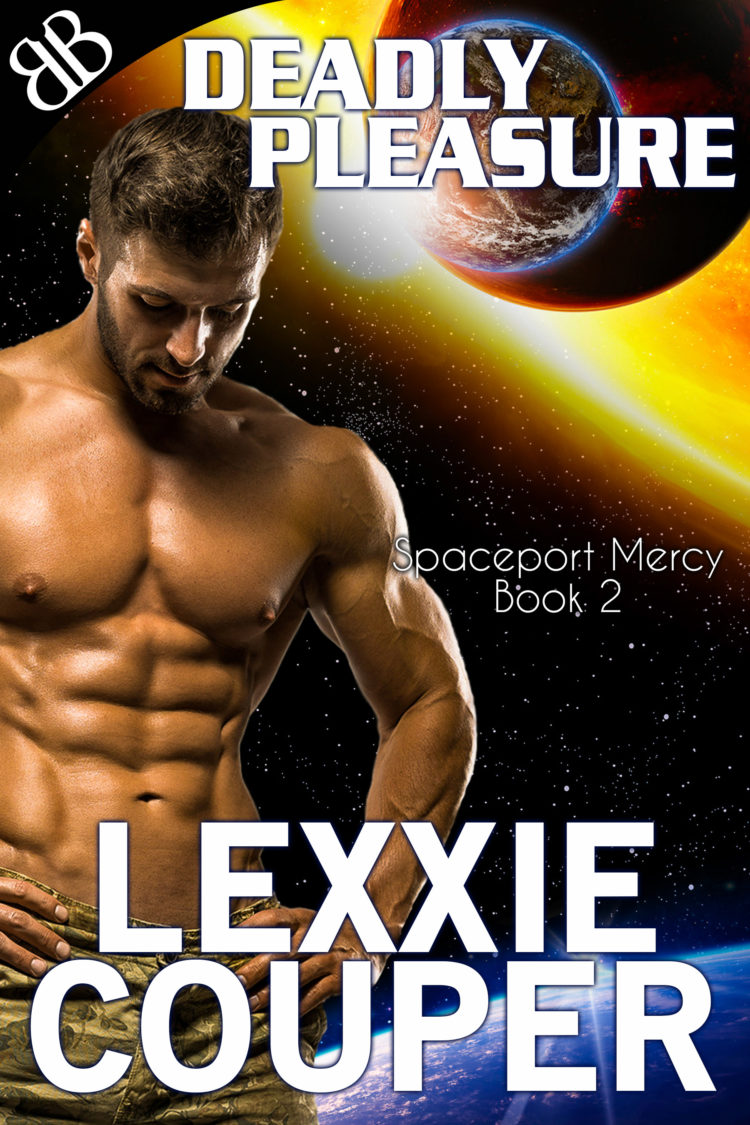 Corvan Jareth suppressed a sigh, his stare fixed on the inebriated, slightly swaying Mendovian waving a broken bottle in his face.

Every time a new ship docked, every time a new smuggler, illegal trader or bounty hunter landed on Port Mercy, he had to deal with at least one idiot too intoxicated to realize they were about to get their nose or muzzle or snout broken.

Tonight was no exception. The Mendovian with the broken bottle and twitching eye stalks had spent the better part of the evening—and a shitload of credits—pouring ale after ale down his throat and boasting to anyone who cared to listen about the haul of Ezilian Dream Spice he’d just snatched from under the GU’s nose.

And also mauling the bok’i spin table girls, groping the bar staff and hurling insults at Koftii’s karaoke rendition of the Zondarian hit Whip Me.

As far as Corvan was concerned, the drunken imbecile should have been ejected from the bar after his second drink, but Rejelle—being a big fan of pissing off the Galactic Union—had given the smuggler a little more slack than usual.

That was, at least, until he’d tried to stick one of his tongues down her throat.

“So?” The Mendovian snarled, growing less inebriated and more controlled with each wavering jab of the broken bottle. “Ya goin’ t’answer me? Who’s goin’ t’make me leave? You?”

At the exact second the Mendovian lunged at him.

Mendovians are fast. Corvan was faster. He always was. His fist smashed into the smuggler’s ample gut, knuckles punching into a thick layer of winter fat and stopping at a wall of solid muscle. The Mendovian let out a choked “oomph,” a sound of both pain and surprise. He doubled over deeply, as if attempting to smack his own forehead against his knees.

Corvan readied to deliver another blow if needed. It rarely was. Once opponents realized how quick he was, they usually scurried out of the bar, tattered pride dragging behind them.

Something about this opponent, however, kept Corvan more on guard. Alert.

The bar fell silent, all eyes on the stooped smuggler. A mild air of dread and excitement thrummed through the gawking crowd. The regulars shuffled their feet, casting Corvan knowing looks. They’d seen him fold more than one difficult patron in half and most likely suspected they were going to see it again tonight. Koftii skittered off the stage, tail swishing, ears flat, deserting her beloved karaoke for the safety of wherever it was the Felinia escaped to when things in The Steam got ugly.

Corvan stared at the back of the Mendovian’s head, muscles coiled. Ready. “Don’t do it,” he said. Calm. Composed.

Corvan ground his teeth—ah, fuck—and swung his fist, connecting with the smuggler’s jaw the precise moment the Mendovian leapt up from his stoop to charge him.

A loud gasp filled the bar.

A flash of blinding light erupted somewhere to his left.

Corvan bit back a curse. Fuck. Itia Va and her smartcam. His image would be in the Mercy Watcher for a week.

The Mendovian’s body arced backward, eyestalks flapping, arms flailing. He hit the floor with a thud, the impact sending a shockwave of dull vibrations up Corvan’s legs. Some SOB foolishly burst into applause, Va’s smartcam flashed again and Koftii’s crooning tones wafted from the karaoke stage once more.

Corvan shook his head, giving the still and decidedly unconscious Mendovian an indifferent look. Lifting his head, he ignored the sight of the petite but determined Va cutting a path through the crowd toward him and nodded at one of his crew. Diirch detached himself from the writhing mass of patrons on the dance floor and hurried over.

“Get rid of him,” Corvan said, not looking at the motionless Mendovian on the floor. “Put him back on his vessel and arrange a doc to mend his ribs. I’m pretty certain I broke at least two.”

Corvan gave the Doirnn, one of the bar’s wittier bouncers, a level stare.

Corvan nodded, turning back to the bar. It was late, and he wanted to—

“Another patron reluctant to leave, Jareth?” The reporter for the Mercy Watcher blocked his path, smartcam zeroing in on his face like a striking serpent. “You dealt with him a little harsher than normal. And faster. Care to offer a quote for the story?”

Corvan met the woman’s intense stare. Itia Va had been after his “story” since the moment he’d arrived on the spaceport. The fact she’d been unable to dig up anything annoyed the shit out of her. It was almost enough to make Corvan smile—if he didn’t know just how good she was at her job. Her tenacity made him wary.

Thankfully, she hadn’t questioned him too much about Emylie. So far. Perhaps because, despite her dogged journalist’s mind, she’d recognized the threat in his eyes the one time she’d dared mention Emylie’s name.

She licked her lips, a pugnacious light in her brilliant blue eyes. “Steam Bouncer or Steam Brutalizer? It’s a catchy title, don’t you think?”

Corvan clenched his fists. He didn’t need this right now. He just wanted to finish his shift and—

“Or maybe I should run with, Corvan Jareth. The Man with No Past Strikes Again?”