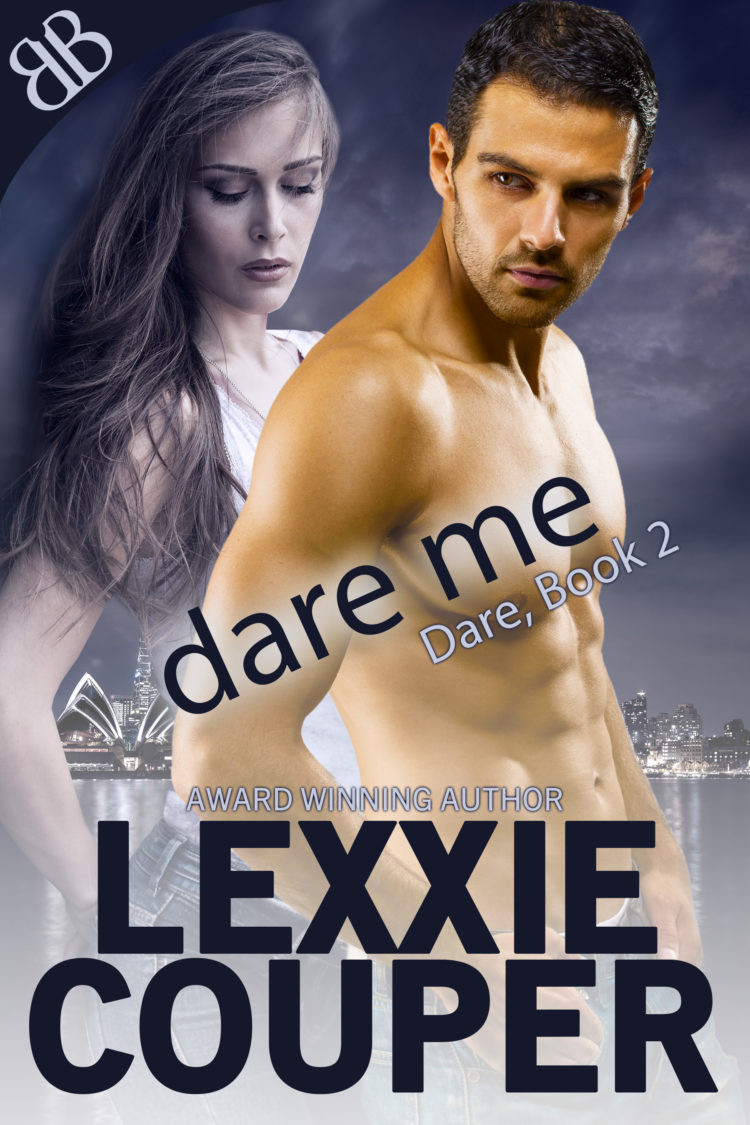 Back-to-back medical degrees took Emily Knox right where she planned to be: treating patients in an alternative cancer clinic. But nothing prepared her for a cocky, cheeky Aussie who strode into her life and dared her to cure him. She told herself it was his challenge she couldn’t resist—not his daredevil charm.

Eight months later, Rob’s out of danger…and Emily’s in trouble. She’s in deep, too deep. Worse, Rob has left the clinic against doctor’s orders. There’s nothing for it but to follow him across eleven thousand miles of land and sea to give him what for—as his doctor, of course.

Rob never expected to survive the brain tumor. Nor did he expect to fall head over heels for his very proper, very English oncologist. The problem? Her Hippocratic Oath hangs between them, keeping her just out of reach. Now, with “cured” on his medical chart and his duty as best man for his best mate calling, he takes off for home to start getting his old life back.

Trouble is, while the good doctor cured his cancer, she seems to have inflicted him with something else—desire he just can’t shake.

Rob wriggled his eyebrows at Penny Johnston, stowing her with a wide smile as he swung her in his arms. She giggled, her arms slinking around his shoulders, her body pressing to his with excited joy. Around them on the dance floor, other guests shuffled aside, giving them the room to really move their stuff.

Rob rubbed his forehead against hers, the sound of her laughter bubbling his own up through his chest. “I think you’ve stolen my heart, Miss Johnston.”

She clung to him with fierce pressure, her blue eyes twinkling—yes, twinkling—behind eyelashes longer and blacker than eyelashes had a right to be. “You’re silly, Uncle Rob.”

Rob affected a wounded expression, twirling Joseph’s youngest cousin across the dance floor to the live band’s frenetic rendition of something sounding a lot like Lady Gaga on speed. His head ached a little, but not enough to bloody well stop him dancing with Penny. “Silly?” He spun her once more, barely able to control his grin when she squealed with delight and clung to him tighter. He grinned. Headaches and pain and giddiness could all go jump if it meant he was responsible for such innocent joy. “Silly? Right, that’s it. I’m afraid I can’t ask you to marry me now.”

Penny, all of about eight if he remembered rightly, giggled again. “Marry you? Eew. Then I’d get boy germs.”

He cocked an eyebrow, rubbing his forehead on hers again. “You’ve been dancing with me all night, Penny Johnston,” he intoned with mock severity, “you’ve already got boy germs.”

“Eew!” Penny pulled a face, wriggling in his arms as she laughed. “Gross.”

He spun her one last time, an elaborate turn that made the girl squeal so loudly with joy a lull fell over Joe and Anna’s guests for a moment before more than one person chuckled.

Spying the site of Anna approaching from his right, he bent at the waist and bestowed Penny a quick kiss on her forehead. “If I dance with the bride for a bit, promise not to get too jealous?”

Penny giggled, swiping at her forehead with the back of her hand. “Only if you promise to spin her like you did me.”

With a wink, Rob swooped around and snared Anna around the waist, catching her completely unaware. Another wave of lightheadedness washed over him, but he ignored it. He twirled her upward, lifting her feet off the floor in a graceful arc, the sound of her laughter as wonderful as Penny’s. “Awesome, Uncle Rob,” he heard Penny cry.

“Awesome, Mr. Thorton,” Anna laughed, sliding her arms around Rob’s neck as her feet returned to the floor. She smiled up at him, cheeks flushed, lips parted. “And yet, why do I feel like I should be giving you a lecture?”

He grinned again. “Because I’ve just stared death in the face and you’re worried about me?”

Anna rolled her eyes. “Yeah, I forgot about your ego.”

Rob laughed, capturing her hands as she gave his chest a slight shove. He tugged her against his body. “No you didn’t,” he said, moving them both in time to the music—now a somewhat subdued rendition of U2’s “Desire”. “Nice band, by the way.”

Anna raised an eyebrow. “Don’t change the subject. I know you’re high on life at the moment, but I don’t want to be rushing back from my honeymoon because you’ve decided to ignore doctor’s orders.” She pulled away a little and gave him a stern frown. “I’m sure she’d be less than impressed if she knew you were flinging females around a dance floor.”

The pit of Rob’s stomach tightened at Anna’s offhanded mention of his ex-doctor. That he was still a tad weak, and more than a tad inclined to suffer headaches was something he wasn’t sharing with anyone, let alone Anna. It was a good bloody thing the only person he would consider telling was on the other side of the world. Actually, he wouldn’t tell her either. She’d just try and take his blood pressure and order him to bed, the last place he wanted to be. Unless it was with—

He killed the thought. But not before an image of Emily filled his head—tall, slim and gorgeous, her eyes studying him with a guarded compassion he’d grown to both ache for and despise, her rosebud lips curled in a small smile equally as unreadable.

More than once in the eight months he’d spent in her care he’d wanted to kiss those lips. Feel them against his own to see if they really did taste as sweet as he suspected they would. But he was the patient and she was his doctor. She’d taken the Hippocratic oath. What she felt for him had nothing to do with her heart and everything to do with the chart that hung at the end of his bed.

Nothing had ever happened to make him believe otherwise. Until the night before he signed himself out, that was.

His lips tingled with the sudden memory of their kiss as they lay on his narrow hospital cot together, their hearts beating in rapid harmony, the soft glow from his side lamp throwing their bodies in muted shadows. His heart raced at the memory of her fingers wrapped around its rigid length, exploring it with feverish heat as her thigh slid over his leg and her tongue—

He spun Anna away in a flamboyant twirl, not wanting her to feel his rather inappropriately timed semi.

Damn it, why couldn’t he get the bloody doctor out of his head?

“Mind if I cut in?” Joseph’s deep voice sounded behind him and Rob started, watching his best mate step around him. “Or do you plan to hog all the beautiful women this evening, Thorton?”

Rob took a step backward, holding out his hand with a grin on his face, watching Joseph snare Anna in rough embrace and jerk her to his body. “Hello, Mrs. Hudson,” he murmured.

“Hello, Mr. Hudson,” she murmured back, snaking her arms around Joseph’s shoulders before rising up on tiptoe and brushing her lips over his.

Rob took another step away from the couple. “Think that’s my cue to go find the bridesmaid.”

With one last smile at the two most important people in his life, Rob turned away from them, ready to seek out Anna’s stunning redheaded friend from the U.S.

And found himself staring straight into the smoke-grey eyes of Dr. Emily Knox, PhD, MBBS, MSc and about a billion other medical initials.

The question died on his lips. Or rather, it was replaced by a drawn-out breath as he stared at the woman who had cured him. A woman he’d thought over eighteen thousand kilometers away. The ache in his head gave a little throb. His heart jumped in his chest.

Catching himself staring, he gave her a lopsided grin—the sardonic kind he knew exasperated her. “Care to dance?”

He saw the edges of her eyes tighten, a sure sign she wanted to say something sharp and altogether clipped. He knew this woman well. Better than he’d known any woman before. Hell, he should. He’d spent every day of the last eight months with her. He braced himself for what was to come—a distant part of his mind making a note to give Joseph a bloody smack in the jaw (who else would have invited Emily to the wedding than his best mate?)—another part wondering what she would do if he told her about his headache, and almost fell over with shock when she stepped toward him, pressed her tall, slim body to his and slid her left hand up his arm to rest it on his right shoulder. “Yes,” she said, closing the fingers of her right hand around his left. “I would.”