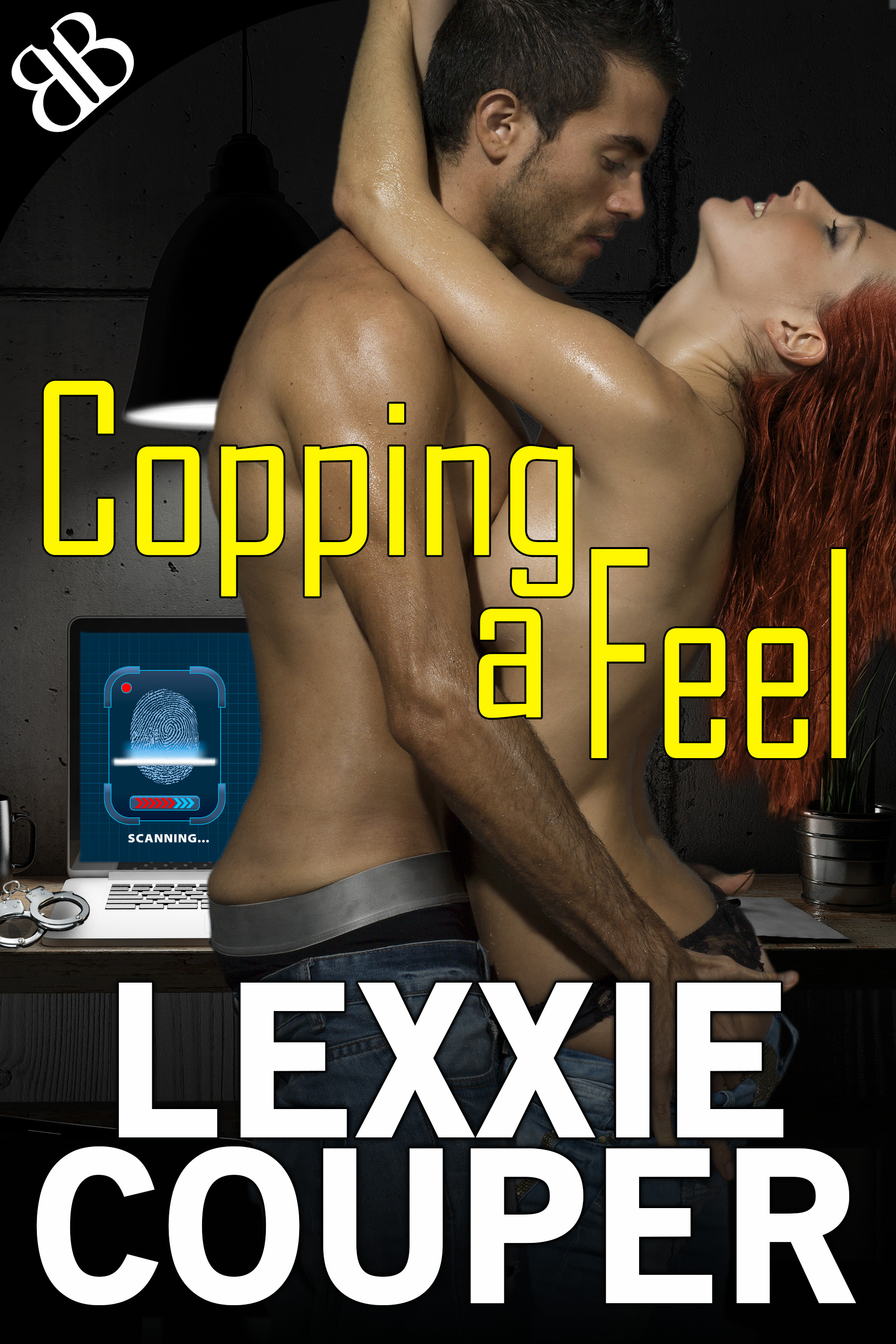 A ringing phone! An unknown voice! A prickle of fear… or tingle of excitement?

Darci-Rae Whitlam doesn’t know which is more disturbing, receiving scads of obscene phone calls—or getting so turned-on by said phone calls. Then there’s the email from her American friend, Rachel, taunting Darci with something called a Cougar Challenge. Just the thought of seducing a younger man is enough to permanently soak her knickers. No wonder her ever-disapproving sister thinks she’s oversexed!

Cybercrime Detective Jarrod St. James is investigating a case of stolen identity. He quickly learns the fiery redhead claiming to be Darci-Rae Whitlam is the real deal. He really should go back to Sydney, continue tracking the imposter who’s operating a phone-sex business in Darci’s name…but the woman proves too tempting. Job be damned, he has to have her. The fact she’s got a titillating challenge to complete only helps his case.

Darci just may be the fastest cougar to snag her cub yet. Being the victim of a crime has never been more fun!

Detective Jarrod St. James stood in the cool shadow of a massive eucalyptus tree and frowned at the view before him. That his investigations had led him to this house, in a quiet suburban street complete with front-yard tire swings, children playing in the sprinklers and old men mowing their lawns in brightly colored shorts and straw hats, still didn’t sit right with him.

He might be a suspicious big-city cop, he might be hardened from dealing with Sydney’s bastard crooks, but everything in his gut told him the house in front of him, with its rambling beds of native wildflowers, its granite birdbath teeming with raucous magpies, its neatly trimmed edges and perfectly painted gutters, was not the home of an illegal phone-sex worker.

And yet, when you called the number listed for this address, that’s exactly what you got. A very sexy female voice more than willing to talk very sexy things.

Trouble was, Jarrod hadn’t always been a cybercrime detective, and this case—a stolen-identity case with hundreds of unsuspecting victims—had struck too close to home. He knew what it was like to have one’s identity stolen and used by someone else for less-than-honest reasons. Shit, he’d needed to change his name to escape the debt collectors hounding him after he’d been the victim of identity theft five years ago. One innocent purchase over the net, one not-so-safe use of his credit card and BAM! Sydney homicide cop James Jarrodson is suddenly also Melbournian James Jarrodson, a man with very dubious moral ethics and a penchant for very illegal buying habits.

It was the reason Jarrod had moved to cybercrime. Catch the bastards before they fucked up someone’s unsuspecting life. His head always worked its best when it was focused on computers. Shit, he’d been offered a full IT scholarship to the University of New South Wales six months before finishing school.

His fists, however…well, they always worked their best breaking some lowlife’s jaw, a situation probably due to the fact he’d been a bully’s favorite target—a nerd. He’d answered the call to the police force straight after graduating high school and somewhere along the line became a homicide detective. And then came the theft of James Jarrodson’s identity, and he transferred divisions as the newly known Jarrod St. James.

As right as that choice was, however, the move to cybercrime had left him restless.

Pursuing a case of identity theft beyond the computer lab was exciting—but he sure as hell hadn’t expected to end up in a quiet street in coastal Newcastle while doing so. What kind of criminal mastermind lived in a neat little two-story surrounded by gum trees, wattle and tree ferns? With a 1996 Volvo in the driveway? A Volvo wearing a “Public Education. It’s Our Future” bumper sticker, no less?

Jarrod breathed another drawn-out sigh. Maybe he’d been too long in front of a computer after all. This couldn’t be right. This felt wrong.

With alarming ease, his cock twitched at the memory. The woman—whoever she really was—had the most amazing voice. A voice created to send a man wild. She’d said very little that could condemn her. Asked a very husky question about what he would do with his tongue after he brought her to orgasm with his fingers, wondered if he had staying power, pondered what it would be like to be tied up by him. But in that voice of hers, like smoke and velvet playing in the back of her throat…it was enough to set his groin on rock-hard alert and his pulse quickening beyond fast.

For the third time he let out a protracted sigh, this one tainted with deprecating disgust. Fuck, what was he doing?

He forced away the sensation of stirring steel in his cock, narrowed his stare on the front door of the house and crossed the front yard, the delicate perfume of the native violet ambling through the flowerbeds wafting into each breath he took.

Climbing the five steps leading to the front porch on silent feet, he unclipped the holster on his Glock, planted his feet slightly apart, squared his shoulders and raised his hand to knock on the door. Ready to take on whatever came—

The door flung open and a goddess with brilliant green eyes and wild, fiery-red hair smacked straight into him.

Followed immediately by a bear cleverly disguised as a dog. A growling dog.

He stumbled back a step, grabbing the goddess’s upper arms even as the bear—err, dog—slammed two paws roughly the size of the Opera House against his chest.