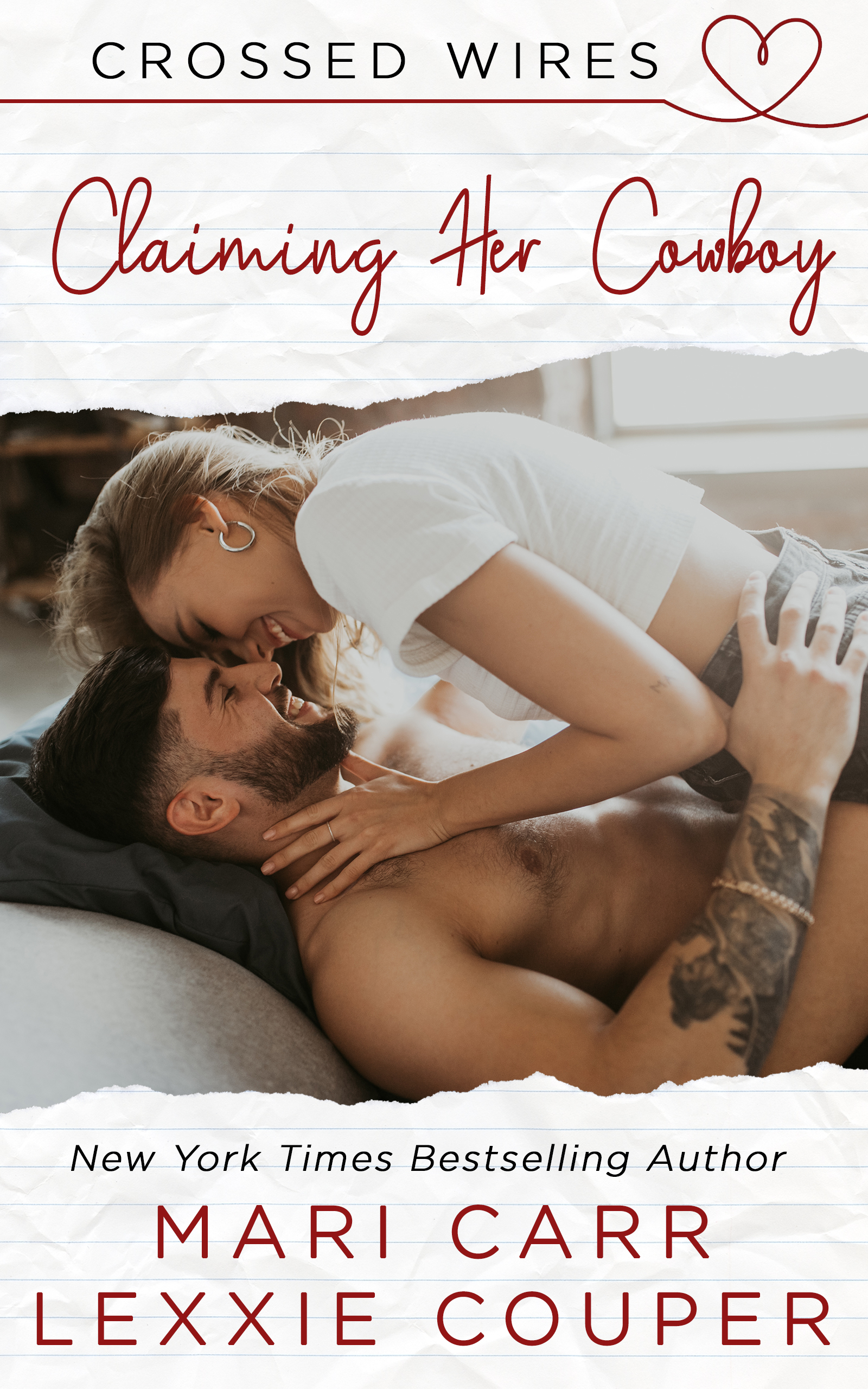 What’s an Aussie cowboy lost in New York to do?

Things have gone terribly wrong with their plans to finally meet in person! She’s now in Australia and he’s in New York, talk about crossed wires.

Flying halfway ’round the world to meet his potential soul mate sounds like a fine idea to Dylan Sullivan–until he discovers said soul mate, Annie, has gone looking for him. In Australia. Now Dylan’s adrift, a bloke from the Outback alone in the bloody big city. Until he’s rescued by Monet, a gorgeous local artist. . .and Annie’s best friend.

Dylan and Monet hold back until they learn Annie is engaged in her own foreign affair in Oz. Then all bets–and clothes–are off. But it can only be a fling. An Aussie cowboy doesn’t belong in New York any more than a city girl belongs in the Outback.

Monet Carmichael knew she shouldn’t be laughing. Nor smiling. The poor cowboy in front of her truly looked like the definition of confusion. But oh boy, what a beautiful definition it was. Okay, not so much that he was confused, but just the way he looked in general. His strong lips and chiseled bone structure, the perfect growth of honey-brown stubble on his jaw and chin, the hat.

Every inch of him screamed MAN. Virile, potent man.

Having grown up a dyed-in-the-wool New Yorker, Monet was experiencing her first in-the-flesh cowboy—and what a cowboy.

She caught her bottom lip with her teeth again, the junction of her thighs doing a funky little twisty thing she enjoyed very much.

If it wasn’t for the fact he’d flown from Australia to meet her best friend, Monet could quite happily stand there and undress him with her eyes. Render him naked and imagine all the things a woman could do to a male body like—

“Let me get this straight,” the Australian cowboy said, his light green stare doing all sorts of wicked things to Monet’s resolve. Even his eyelashes were perfect. She could imagine drawing each one in charcoal. Imagine even better the way they would feel against her lips as she—

“Annie flew to meet me in Australia yesterday, despite the fact I flew to the U.S. to meet her?”

Monet nodded. “You sent her an IM with flight details. Well, some flight details. The day, the airline, the arrival time. Although you were wrong by an hour on that last one. Her flight didn’t touch down in Sydney until—”

“Wait, wait, wait.” The cowboy’s confused frown grew deeper, his Australian accent turning the word into a drawling song Monet found quite enjoyable to listen to. “I IM’ed her about a Qantas flight to New York. The one I was thinking of getting. And then the next day I emailed her the actual details of the flight I’d booked a seat on.”

Monet blinked. Annie hadn’t said anything about the email. In fact, Monet had been sitting right beside her best friend when she’d bought her airline ticket to Australia, a Qantas flight touching down in Sydney on the day her online Aussie cowboy…friend…had told her. Surely Annie would have known he was flying over here? How could they get their wires crossed so badly?

She opened her mouth—to say what to the man, she didn’t know. Damn, what was his name? Annie had said it enough times over the last few months, but Monet shut her mouth again when the doorman of their building suddenly appeared at the cowboy’s side.

“Everything okay, Ms. Carmichael?” Tommy’s gaze flicked back and forth between the Australian and Monet. “Mr. Sullivan’s not giving you—”

The cowboy’s name popped into Monet’s head, along with an image of a clean-shaven man without a hat smiling somewhat nervously into a camera.

Monet shook her head, unable to take her gaze from Dylan’s still troubled face. “Everything’s fine, Tommy,” she assured him, even as she compared the beautiful hat-wearing male before her, his stubble as sexy as his accent, his accent as mesmerizing as his eyes, to the clean-cut man in the photo on Annie’s laptop.

She flicked Dylan a quick look, her pulse beating far too fast for her peace of mind. “I’m sure.”

“’Cause he was asking about Ms. Prince—”

“It’s okay.” She cut him off with a smile. “I know Dylan. We were just going to catch a cab to the gallery.”

“Oh.” Tommy nodded. “In that case…” He stepped one foot off the curb and let out a sharp whistle.

Before anyone could say a thing, a taxi pulled to a quick halt on the road beside them.

Monet gave the doorman another smile. “Thanks, Tommy.” She opened the back passenger door of the cab and extended an arm toward the grimy interior. “After you, Mr. Sullivan.”

The brim of his hat cast his eyes in shadow, and for a brief moment Monet thought he was going to refuse. And then he gave her a loose, lopsided grin that made her want to grin back. “I take it the lovers sit between us?”

She nodded. “The lovers do.”

“It’s probably better you climb in first then, love.”

Her pulse fluttered, and for the first time ever, Monet found herself totally flustered by a man. Love. Who would have thought she’d get excited over an almost antiquated term. She despised pet names—no babes or hons or sweethearts allowed, thank you very much. But the term “love” coming from Dylan’s lips…

Her reaction to it was unnerving. The whole situation was unnerving. Annie on the other side of the world. Dylan here in New York. Her unexpected response to the man.

She dove into the cab before Dylan Sullivan, her best friend’s would-be Aussie cowboy, could see the flush painting her cheeks pink.