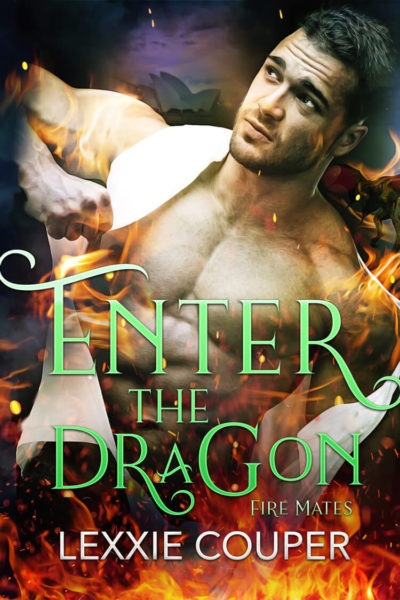 Producer Reece Collier is brand new to her position on Sunrise in Sydney when a chance meeting with her fated mate threatens everything she’s worked for. Never mind that Kellan Donovan is the most gorgeous thing on two legs; her parents were a prime example of how finding your Fire Mate can ruin your life. Still, despite employing every trick at her disposal, Reece is completely unprepared for the mating fire…and just how much it makes her burn for the dragon.

Thanks to his good looks and a koala video gone viral, firefighter Kellan Donovan is the “face” of the state’s fire brigade and rescue service. Not exactly the normal job for a dragon shifter to be sure, but Kellan loves it —but it’s seriously in jeopardy when he meets his Fire Mate, unexpectedly, just minutes before being interviewed on live TV. Hell, how is he going to control himself?

No one said finding a mate would be easy, and Kellan and Reece have more than one obstacle keeping them from consummating their destiny. His coworker…her reluctance…a few deadly crossbow bolts…