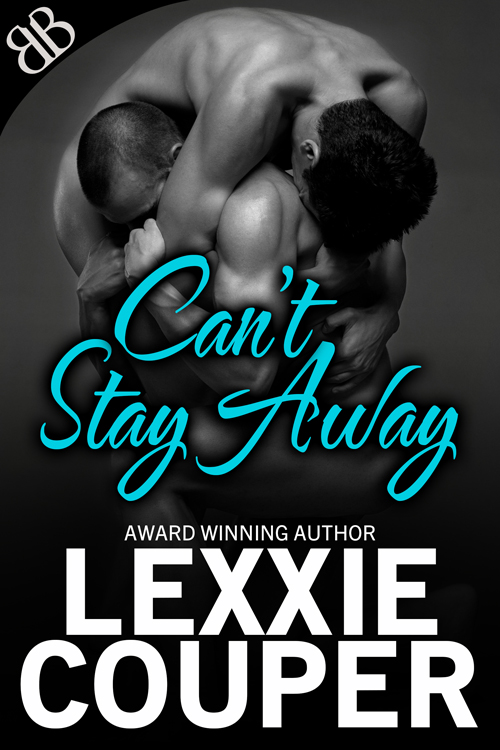 He’d walk through fire for the doctor who once broke his heart.

A stunning tale of love lost and love found as two men struggle to overcome their fears and realize their dreams. Journey from Australia to New York as the American doctor and the Australian firefighter discover if love can conquer all in Can’t Stay Away, a male/male, international romance.

Six months after having his heart broken, Australian firefighter Flynn Boomer is ready to live again. As part of a firefighter exchange program, he finds himself in New York. The last person he expects to see on his first day with Ladder Co. 42 is the man whom Flynn came out for: Dr. David Ennis—who left him without a word after their first public kiss.

Flynn makes David feel more alive, more real than he’s ever felt before. But can David deal with the rest of the world knowing? Determined to deny Flynn’s existence, David fights his own feelings. But no matter how terrified he is at the thought of his secret being discovered, he can’t stay away from the Australian.

Flynn can no more deny David than he can deny breath, but the thought of living a lie with him tears him apart. Love is powerful, but will it be enough?

“G’day, Chief.” Flynn returned his grin, even as what felt like a million shards of ice lashed at his face and hair. “No worries on the weather, although I’d be lying if I said I wasn’t thinking of the beach back home right now.”

“Ah, that’s right.” Tanner laughed, seemingly oblivious to the crypt-like air and wind assaulting them. But then, Flynn thought, a New Yorker wouldn’t be fazed by such weather. In the same way Flynn wouldn’t think twice about heading outside back home on a day even Satan would consider too hot. “It’s summer in Australia, isn’t it.”

“It is, sir.” Flynn suppressed a shiver. Well, tried to. He failed.

Tanner laughed again. “I saw that. C’mon, let’s get you inside so you can meet the rest of Ladder Co. 42. And no calling me sir, got it? It’s Tanner or Chief.”

Flynn grinned, falling into stride beside the massive man. “Got it, Chief. Is it always this cold?”

Tanner cocked him an eyebrow, a jovial smirk dancing beneath his moustache. “You’ve arrived just in time for a history-making cold snap, Boomer.”

Tanner chuckled. “Think my boy got the better end of this here exchange program. You get to freeze your ass off while he gets to soak up the summer on the beach. Y’know, I don’t think Bromwich’s ever seen a beach. We may not get him back.” He slapped a hand on Flynn’s shoulder. “What are your thoughts on staying permanently?”

Before Flynn could answer, they crossed the threshold of the door leading into the stationhouse and the cold vanished. Replaced by a heat that had nothing to do with the windows and walls keeping the New York winter at bay, and everything to do with the man currently taking the blood pressure of a firefighter almost the same size as Tanner.

His gut clenched. So did his jaw.

His balls—a few heartbeats ago shriveled to the size of walnuts thanks to the icy wind—throbbed with a memory Flynn had worked fucking hard to erase.

Jesus, what the fuck was David Ennis doing here?

“Guys.” Tanner’s booming voice echoed around the stationhouse like a canon, making Flynn jump. “This is the Aussie taking Bromwich’s place. Here to teach us how they do things Down Under while our boy shows them how it’s really done.” He laughed, the sound far from mean.

Flynn took in all the hellos and welcoming nods from the men who were about to become his colleagues for the next twelve weeks, men whose lives were in his hands as much as his life was in theirs.

Took them all in, tried to memorize the names thrown at him with casual ease by Tanner. Tried to appear like they were the sole focus of his attention.

He could only hope he was better at the illusion than he’d been at suppressing his earlier shiver out on the footpath.

Because what he was really doing was fighting the need to stride over to the man with the honey-auburn hair, blue eyes and impossibly square jaw and kiss him senseless.