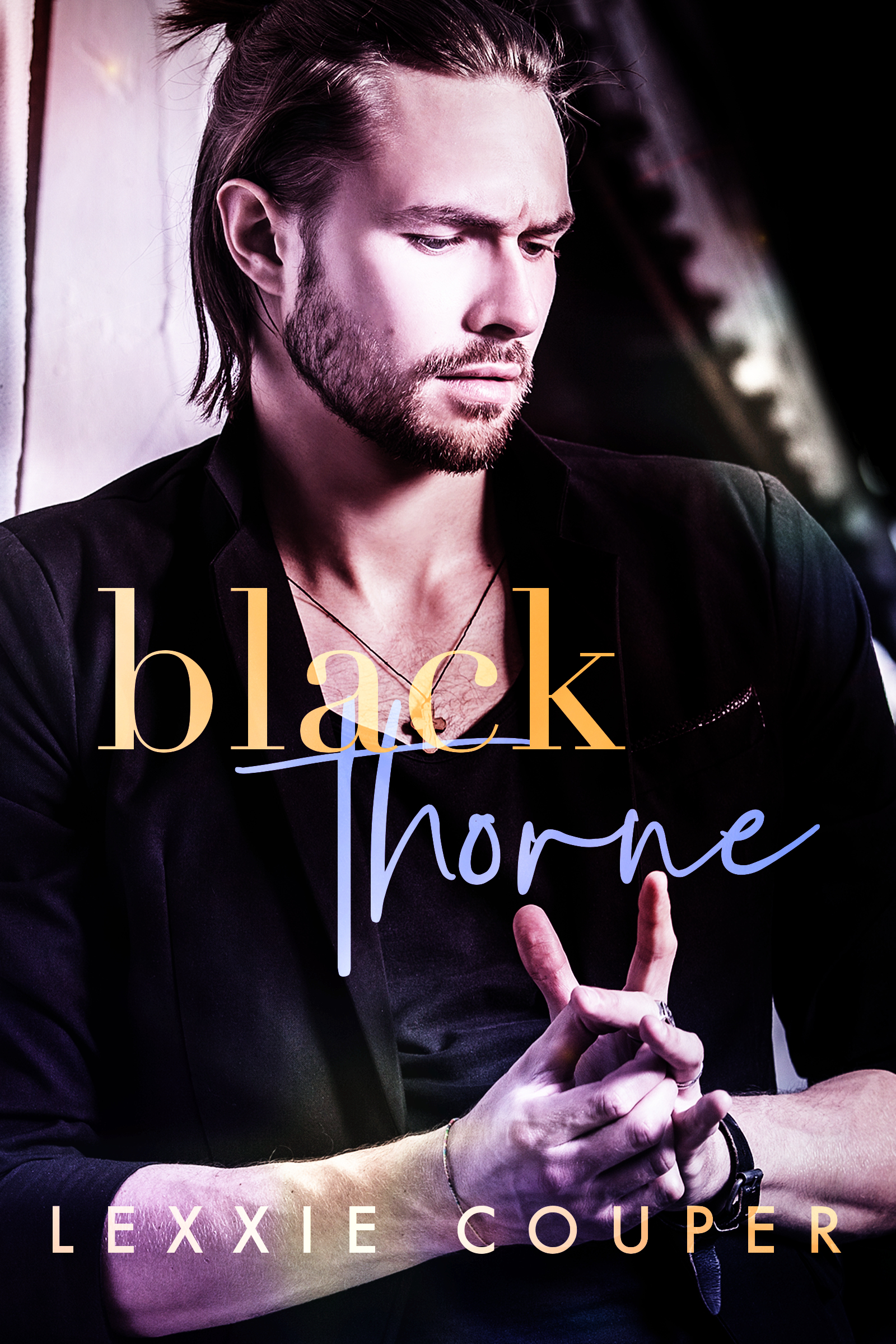 He wants what he can’t have…

Josh Blackthorne never planned to follow in his father’s rock-star footsteps. But music is in his genes, and he was born into this world of fame. Finding someone who isn’t fazed by all that is unique, but the novelty of being liked for who he is by Caitlin Reynolds quickly turns to something more when he gets to know her better.

Josh makes Caitlin laugh, something she hasn’t done in a while. He’s also freaking hot, and she’s been ignoring her hormones for almost a year. But as much a she wants to melt into his arms, there’s a ghost hanging over her head—a ghost who turns out to be not-so-legally dead after all…

At the sound of Caitlin’s husky voice behind him, Josh jumped.

He spun to face her, suppressing his excited grin. Telling himself to relax. To not appear too eager to see her.

He was though. Eager and nervous.

Eyes of the most stunning azure regarded him. She stood in the middle of the dance floor, arms folded beneath her breasts. “I didn’t expect you to still be here, Mr. Blackthorne. You are aware the club is closed now, yes?”

He nodded, forcing himself to lounge back on his elbows. Crossing his ankles, he gave her a lazy smile. “I am.”

Behind the bar, Zach let out a snort. “Oh man, you’re asking for trouble.”

Caitlin arched an eyebrow. At her second-in-charge or at Josh’s goading, Josh wasn’t sure. She studied him, narrowing her eyes. “And you’re still here because…?”

“Because I promised your uncle I’d buy you a drink.”

“Okay, he promised me you’d cook me dinner and I haven’t had anything to eat since halfway over the Pacific.” He affected a wounded-puppy expression. “C’mon, take some pity on me. I’m hungry.”

Her lips twisted. “Have a peanut. There’s a bowl right next to your elbow.”

He shook his head, holding her gaze. “Can’t. I’m allergic.”

Worry flittered across her face. “Really?”

He shook his head again. “No.”

She rolled her eyes. “I don’t have time for this.”

“Why? What else do you have to do at—” he flicked his watch a quick glance, “—three-fifteen in the morning?”

Shifting her feet a little, Caitlin fixed him with a pointed gaze. “Go home. Have a shower. Go to bed.”

Her mouth fell open. A soft gasp filled the air between them. The most delightful pink tinged her cheeks. “Are you serious?”

Pushing himself from the bar, he shook his head for a third time. “No. But, boy, I love the way you’re blushing now.”

“Okay,” Zach uttered behind him. “I’m outta here. Boss, all that’s left to do is lock up. Mr. Blackthorne, you’re welcome back here any time.”

Josh couldn’t stop his chuckle as Caitlin gaped at her employee. “Thanks, Zach,” he said, bumping fists with the massive man.

“Excuse me, Zach?” Caitlin shoved her fists to her hips. Josh couldn’t help but notice how the move pulled the material of her T-shirt tighter across her full breasts. “Who owns the Chaos Room? You or me?”

“You do, boss,” Zach answered, walking from behind the bar. “But I’m charge of arranging special guests. One of the duties you assigned me when I became 2IC, right? And I’m thinking having Josh Blackthorne in the place is good for business. In case you didn’t notice, the queue to get in tonight was more than double a normal Thursday night. And the Chaos Room has been mentioned in over five hundred tweets since you and Mr. Blackthorne faced-off out on the footpath. Any way you look at it, that’s good for business.” He turned to Josh again. “As I said, Mr. Blackthorne, any time.” He leant a little closer to Josh and dropped his voice into a melodramatic conspirator’s whisper. “I’ll make sure Mandy doesn’t shove her hands down your pants next time.”

Watching Caitlin’s reaction to the statement, Josh grinned. There it was, a little flash of jealousy on her face. Booyah. “Thanks, mate,” he said, turning to Zach. He had no idea if the guy was intentionally helping him in his mission to get under Caitlin’s skin, but it seemed that way. Perhaps he should buy him a Ferrari to show his appreciation? “Is now the time to tell you the other barkeeper stuck his hand down my duds as well?”

A booming laugh left Zach as he slapped Josh on the back. “Ah, you’re on your own dealing with Travis. That guy’s a sex fiend.”

And with that, he gave Caitlin a nod, a relaxed, “Boss,” and crossed the dance floor, pausing only to open the door and exit through it. The solid thud of the slamming door echoed around the silence, emphasizing the fact Josh and Caitlin were now alone in the club.

Fresh nerves pitched about in his stomach. He shifted against the bar, switching ankles as he waited for Caitlin to do something. Say something.

She didn’t. She just stood on the spot, regarding him.

Tension stretched between them.

“So,” he said, grasping for his normal charm. “Come here often?”

Caitlin’s laugh surprised him. “I can see why my uncle likes you. You’ve got the same woeful sense of humour.”

“Hey?” He stuck out his bottom lip in a pout. Inside, his nerves intensified. God, she had a wonderful laugh. “I thought that was clever.”

She shook her head, rolled her eyes and made her way around to the business side of the bar. “That was clichéd. That’s what that was.”

Pivoting on his heel, Josh tracked her progress until she stood opposite him, the marble counter the only thing between them. “What are you doing?” he asked as she plucked two squat glasses from the rack of freshly dried ones left by Zach.

Without an answer, she turned her back to him, retrieved a bottle of Chivas Regal from the glass shelf that ran the length of the mirrored wall behind the counter and then faced him again. She removed the whiskey’s cap, drew the glasses closer and poured in two shots.

Josh watched her, entranced. She moved with such fluid confidence and grace. It was hypnotic to watch. And sexy as all hell.

Still without a word, she slid one of the glasses across the counter to him, her gaze moving to his. “That’ll be twenty-two fifty.”

He chuckled. “So this is me buying you a drink, is it?”

Her lips twitched again. “It is if it means you’ll drop the ridiculous notion Uncle L has planted in your head that you and I should hook up.”

He wrapped his fingers around the glass and raised it from the counter, studied its contents for a bit and then gave her a smirk. “Is that what’s in my head?”

“It is. And it’s not going to happen.” Without breaking eye-contact, she plucked the other glass from the bar and chinked it against his. “Cheers.”