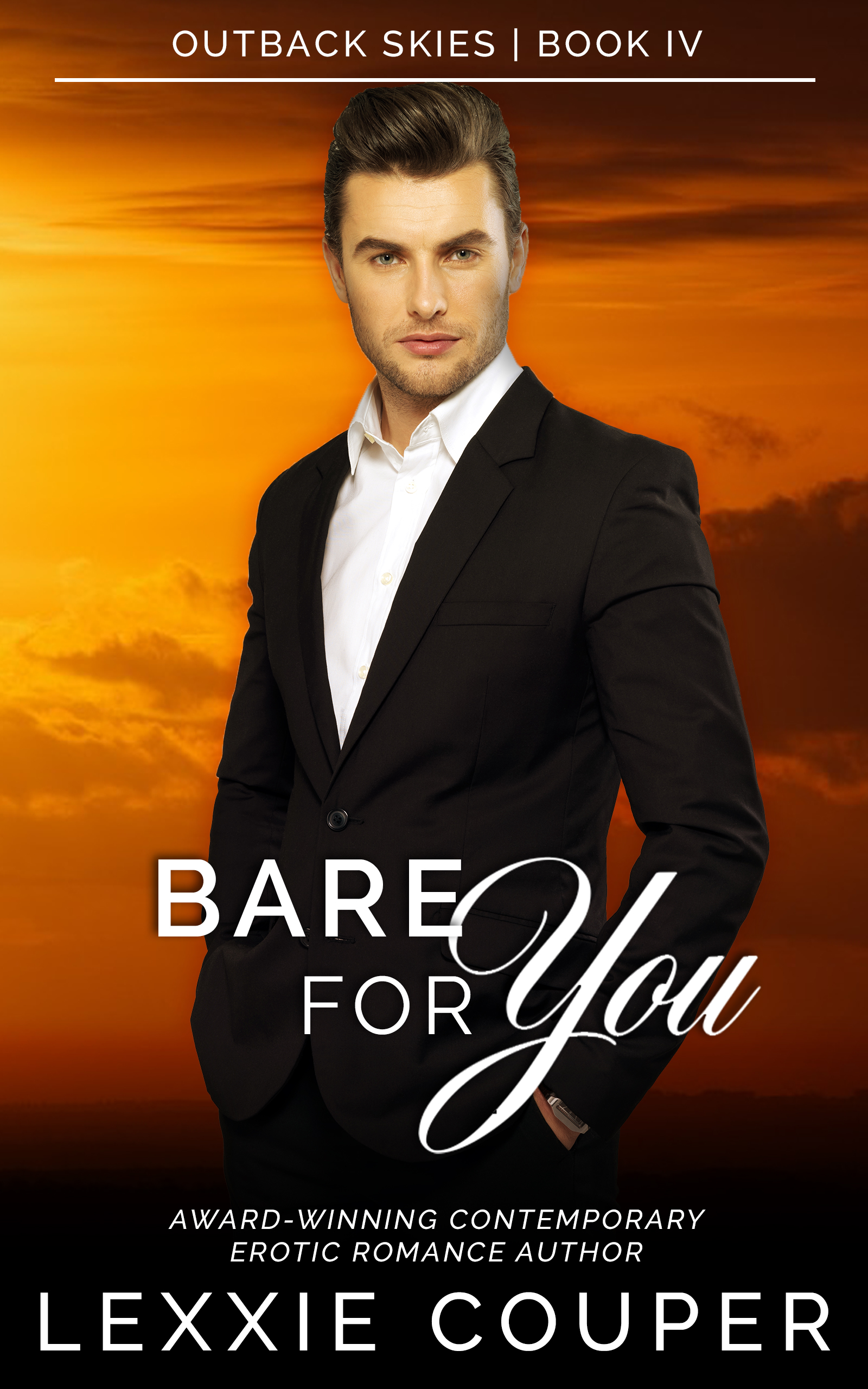 Not all cowboys ride horses.

Jeremy Craig is on the cusp of being named the deputy prime minister of Australia. Which means he’s got to play his cards right and stay deep in the closet. Australia is a lot of things, but there’s no way the country is ready for a gay prime minister. So far, it’s been an easy ruse to maintain. Until he meets Ryan Taylor. Then all bets are off.

Ryan is sick of the Brokeback Mountain jokes. For starters, he’s an Australian stockman, not an American cowboy. For another, he spends most of his working days alone in a helicopter, not on the back of a horse. As Wallaby Ridge’s only contract heli-musterer, he gets to escape any small-town scorn high in the sky. He’s happy up there. Lonely, but happy. Who needs passion and wild sexual pleasure in their life when they have the boundless skies of the outback, right?

Then Jeremy Craig climbs into his chopper…

“The PM sends you his best, Minister,” Jeremy Craig’s assistant offered into the phone, a soft crackling of the connection the only hint of the vast distance between them. “And tells you not to forget you have a breakfast meeting with him when you return Thursday.”

From his seat in the Cessna Citation, Jeremy studied the arid landscape below. This high in the sky, one could be forgiven for thinking the Australian Outback was just the product of a painter denied anything but a palette of ochers and reds. The red dirt stretched beyond the horizon, marred only by clumps of grass trees, yellow spinifex and tenacious eucalyptus trees.

It was a breathtaking sight to behold, one a city boy like Jeremy recognized as both culturally significant and strangely stirring.

He thought of attempting to describe the view to his fellow politicians when he returned from his visit—public servants who had never stepped foot outside of Australia’s capital cities for fear of exposure to substandard cappuccinos, or those who sniffed at the very notion there was existence beyond the country’s coastal borders.

Those politicians would find this trip to such an isolated area a hardship. They’d complain and moan and begrudge the forced time away from their metropolitan offices. They’d spend the three-and-a-half-hour flight working out how they could claim their upcoming overseas vacation as a tax expense rather than taking in the unique beauty of the Outback’s grandeur below.

A grandeur he was about to spend five days visiting, thanks to his position as the federal minister for the arts and culture.

When the PM had requested Jeremy officiate the opening of Wallaby Ridge’s first indigenous art gallery—a move the PM viewed as politically sound—Jeremy had jumped at the chance.

For one, it gave him a chance to get away from the backstabbing and power playing of Parliament House for a while.

For another, it would allow him a chance to absorb himself in something he genuinely loved—art and Australian culture

More than that, it allows you to escape the constant pressure of the persona you’ve chosen to wear, doesn’t it? You may not be able to completely relax out here but at least you don’t have to worry about the ever-present scrutiny of the media and your—

Jeremy jerked himself from the reverie, bringing his attention back to his assistant on the other end of the telephone connection.

“Sorry, Linda.” He shifted his butt on the plush seat, noticing for the first time the hint of buildings away off in the far distance. “I was woolgathering.”

“Isn’t that the minister for agriculture and rural livestock’s job, sir?”

Jeremy laughed at the young woman’s joke even as he adjusted the glasses on his face. “It is, Linda. But he’s not the one about to land in Wallaby Ridge, is he?”

His assistant chuckled. “Enjoy your stay in the Outback, sir.”

Jeremy disconnected the call and returned his focus to the township the private plane was now approaching. Wallaby Ridge, a thriving Outback community of roughly seven hundred people and his home for the next five days.

Those five days were planned to the minute. There was the art gallery opening, along with various appearance and appointments acting as the prime minister’s representative. A visit to the Mutawintji National Park, where he would take in the ancient Aboriginal cave paintings, and a goodwill trip to the local Aboriginal community. The latter two would require transportation via helicopter and, according to the itinerary Linda had supplied him, his pilot was a man called Ryan Taylor.

Taylor was to meet him when he touched down. He would then fly Jeremy out to the deputy prime minister’s newly rebuilt Wallaby Ridge homestead—situated 242 kilometres away from the town proper—where Jeremy was setting up office for the week.

Jeremy let his thoughts linger on Australia’s deputy leader for a moment. There had been many backroom conversations and mutters about the man, most focusing on his dubious relationship with a multinational mining company. Rumour had it he was about to announce his exit from political life, a retirement touted as being forced by the PM.

According to Linda—who seemed to know the move of every politician in federal politics before they made them—Jeremy was but two party-room elections away from being named his replacement.

He didn’t know. What he did know was he loved his country more than words could describe and would do anything required of him to make it an even better place to live.

Including denying that which would destroy his political career.

A soft tone filled the plane’s interior, followed a second later by the sole flight attendant’s arrival at his side.

“We’re landing in a few moments, Minister,” she said, leaning towards him. Her smile—and her eyes—suggested any invitation he extended would be accepted.

His political advisors would most likely encourage the dalliance. The last time Jeremy’s name was linked to a sexual scandal as such, his popularity with male voters had skyrocketed. Surprisingly, so had his popularity with female voters aged eighteen to twenty-five. Of course, that scandal had seen him pitted against a rock star for the affections of Natalie Thorton, the dean of the Sydney Conservatorium of Music. It was very likely the approval may have had something to do with the celebrity status of his so-called rival.

“Thank you—” he flicked her nametag, strategically pinned just above her breast, a quick look, “—Tabatha.”

She straightened, trailing her fingertips across the back of his shoulder as she turned and walked back to the cockpit.

He smiled, his gut clenching.

If only she knew…