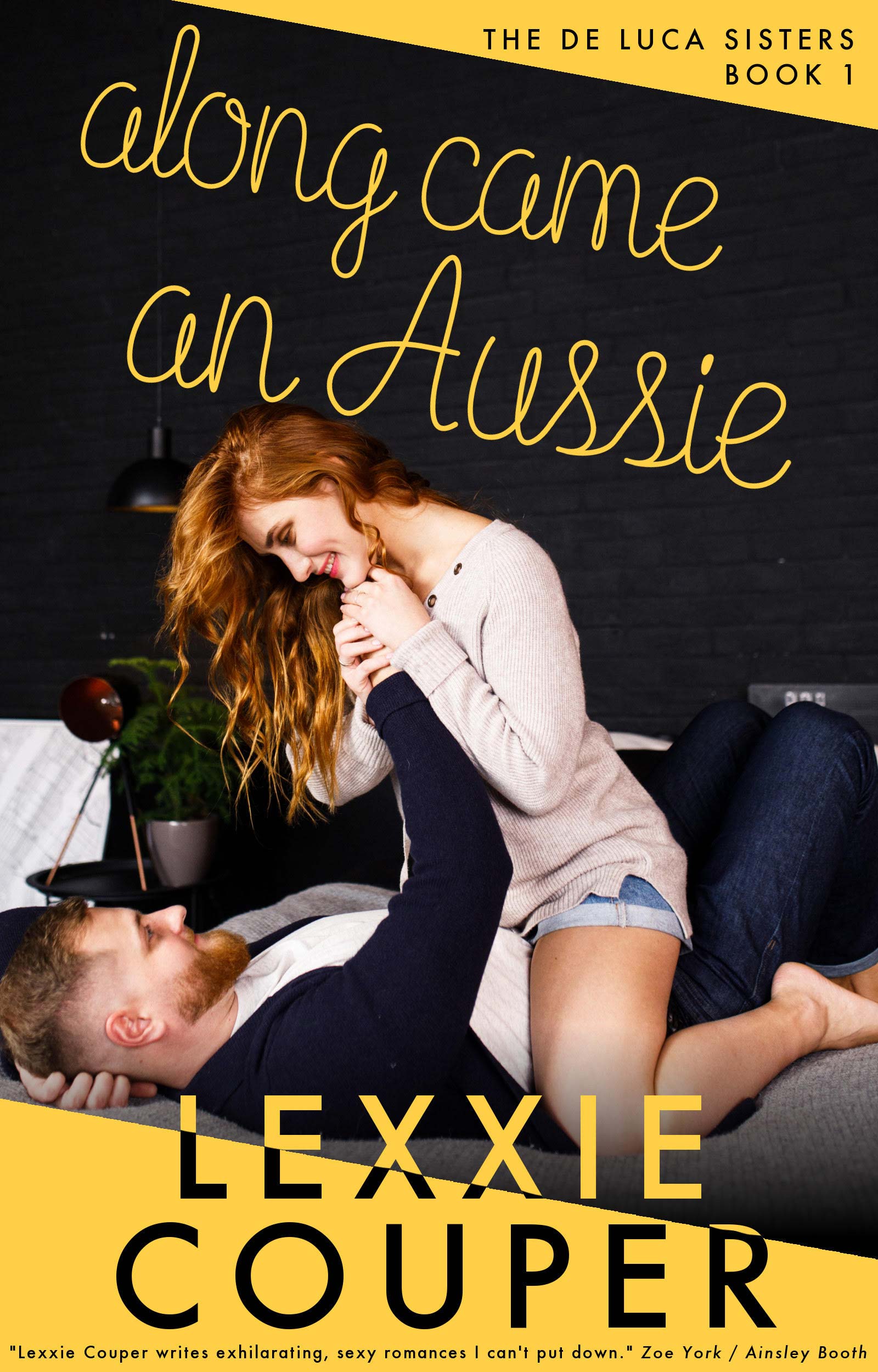 “Steve Irwin!” the vision said before he could apologize, sweeping ice blue eyes over him, her lips stretching into a wide smile. “You’re a dead Steve Irwin, am I right?”

“I am.” He dipped his head in a quick nod. “Wait, I mean, crikey, mate. That’s fair dinkum.” She laughed. He grinned. “Thank you. You’re the first person here to approve of it.”

The vision laughed again, and a shot of liquid lust sank straight into Owen’s balls. Holy smokes, he liked the sound of that laugh: throaty and uninhibited.

She brushed at a strand of copper-red hair hanging over her eyes. “My sense of humor always tends to err on the weird side.”

“Weird is good,” he approved.

Trying not to be obvious, he took her in. An hour into the party, and he still wasn’t sure of the Halloween-costume protocol. Was it okay to openly check out a person’s costume? Or was that considered unacceptable?

As if sensing his uncertainty, the vision held her arms wide and did a slow 360 in front of him, showing off the baggy, brown onesie with its long tail and black splotches, the brown dog-ears headband, and the blue dog collar around her neck. “Scooby-Doo,” she said. Damn it, even her American accent with its slight European lilt pushed his buttons. “From, well, Scooby-Doo.”

“Is there a Shaggy?” he asked and then internally winced. Shit, what kind of question was that? Now she’d be thinking he was hitting on her?

“God, I hope not,” she said, a devilish light glinting in her eyes. “And if there was, I’d knee him in the nuts.”

Owen blinked. And retreated a fraction of a step.

She grinned. “Sorry. If there was a Shaggy to go with my Scooby-Doo, that hypothetical Shaggy is a dick who can’t keep his dick in his pants.”

“Dicks who can’t control their dicks deserve to be kneed. In the dick,” he said. And winced again. Fuck a duck, he sounded like an idiot.

The vision studied him, chewing on her bottom lip as she swirled the straw of her drink and then frowned. “So what’s the deal? I wasn’t aware of any Aussies in the Lumia apartment community. Mind you, there are twenty floors, and I haven’t met everyone, but still…” She narrowed her eyes, a smile playing with her lips. “Did you crash the party?”

“No.” He pressed his palm to his stingray. “Promise. My sister lives here. On the fifth floor. I’m visiting her for her birthday. She dragged me along.”

The vision studied him, and he tried not to shift his feet under the obvious inspection.

“Okay then,” she suddenly proclaimed, grabbing his hand and pulling him through all the sexy beings. “Let’s go.”

“Where?” He laughed, letting her.

She threw a look over her fuzzy brown shoulder. “To fuck.”

He spluttered and stumbled to a halt. “What?”

“Kidding.” She laughed, lips twitching. “To meet my girls.”

“Okay,” Owen said, holding up a finger. “I should point out Tilly calls her boobs her ‘girls’, so I’m still not sure of our destination.”

“My sisters,” the vision clarified, that devilish light back in her eyes. “Let’s go meet my sisters, not my boobs. I’m one of three. We’re triplets. I’m the eldest and the odd one out because Elisa and Zeta are identical, so don’t freak out when you meet them.” She flicked a look over him before meeting his gaze again. “As for meeting my boobs… Maybe later.”