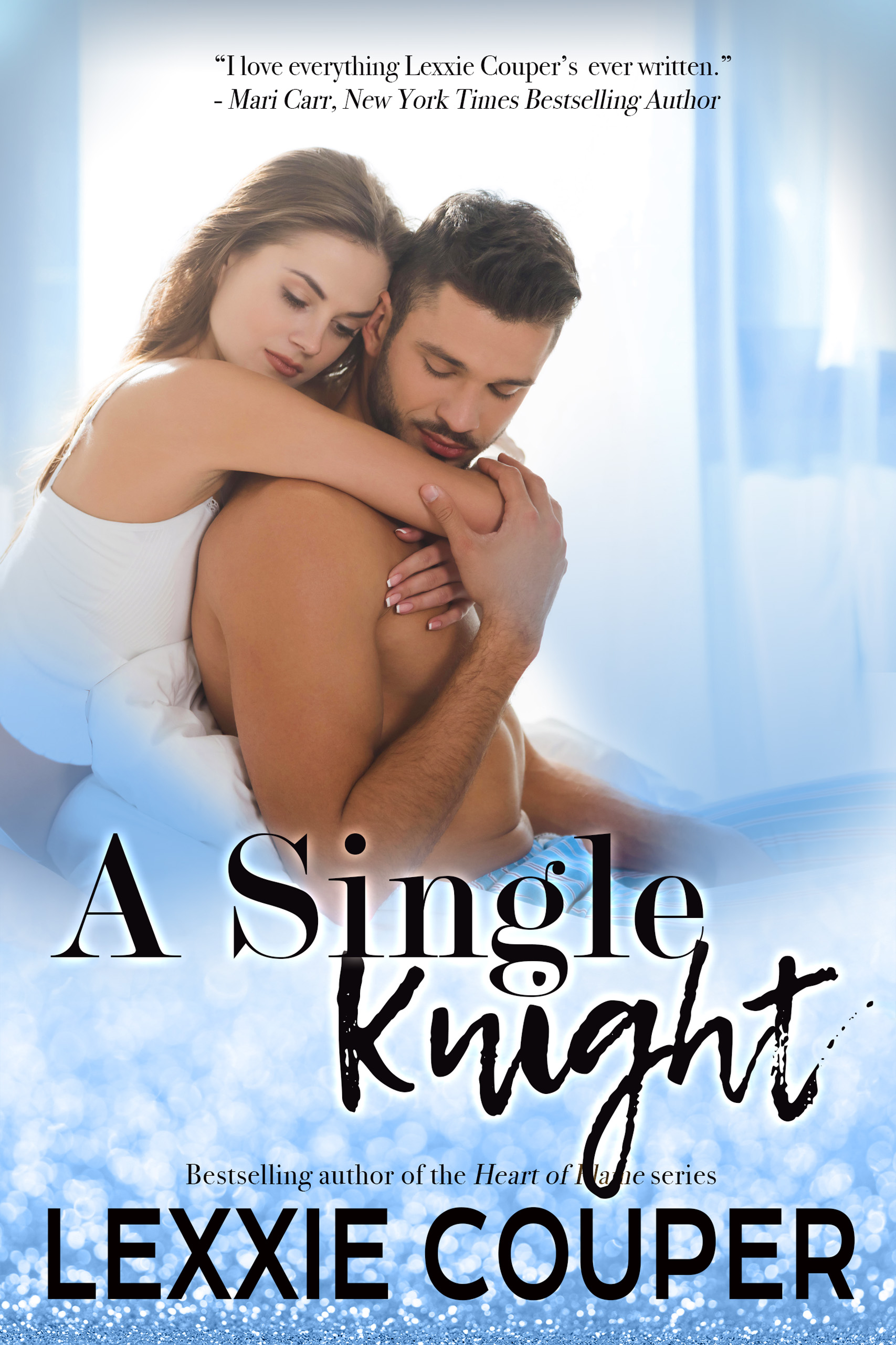 “Do you really feel like driving me up the freeway for over two hours? Just on the off chance you can flirt another kiss from me?”

Tagging along to a party outside her normal circles, veterinarian Casey-Louise Marley never expected to find herself being seduced by a legitimate British knight. Sir Addison Lancaster is way out of her league, but damn, he’s sexy. And flirting with her. Things get even hotter when Addison pulls her into his arms. And positively scorching when he kisses her.

Casey knows she’s got to get away from Addison’s rakish charm before she loses her heart. The trouble is, she lives two hours north and her ride is nowhere to be found. So when Addison offers to drive her home, with the possibility of seducing another kiss from her, Casey can’t say no. And reaching their destination is only the beginning…

She’s not a damsel and she’s not in distress, but this knight will have her panting, and wondering how she’ll survive a fantasy she never knew she wanted until now.

Heart of Fame: Stage Right – Because the first time, wasn’t their time…

One day, Sir Addison Ellis Lancaster, knight of the British realm, award-winning wildlife cinematographer, champion beer-pong player and all-round rake, would take some time out to sit down and decipher how he came to be here. Here, at an exclusive party full of insanely rich people and beautiful celebrities in Northern Beaches, Sydney instead of where he was meant to be, which was at his cousin’s bachelor party two hours north.

One day. But not right now.

Right now, he was determined to taste the sublimely lush lips of the woman standing at his left. That there was a ten-of-hearts playing card currently on those sublimely lush lips only heightened his growing obsession. Every time she twisted toward him and offered her upturned face, every time her soft warm fingers came to rest gently on his biceps as she leant forward slightly, every time her nipples brushed his chest, a shiver of need he hadn’t experienced for a long time licked through him.

He’d been on the wagon for almost a year now. For close to twelve months, he’d curtailed his rakish ways. After losing his heart to an American photographer—the very American photographer seven days away from marrying his cousin—he’d stayed clear of women. Had, in fact, hightailed off to Madagascar to film an in-depth documentary on the lemur. But then a fortnight ago, his cousin had sent him an email telling him to drag his British arse out of the wilderness and get said arse to Australia, and he’d done so.

Somehow, between touching down in Sydney and collecting his rental Aston Martin four hours ago and now, he’d found himself at this party. If it weren’t for the woman on his left and her gorgeous lips, stunning blue eyes, burnish-copper-auburn hair that fell about her shoulders in a cascade of wild curls and exquisite body, he’d be feeling guilty.

But she was here, currently with a ten-of-hearts playing card covering her mouth, gazing up at him with smiling eyes, waiting for him to lower his head to hers and suck the heart from her.

The card, that was. That was the object of the game after all. The last time he’d played Suck and Blow was the last time he’d been in Sydney. It was years ago at a wild party not too far from where he was now, hosted by a super model he knew well. He’d thought he may have been in with a chance with Lillian McDermott, but laughed when she’d promptly started snogging her older brother’s best friend. However, if he’d known parties in Sydney always turned out like this he would have found an excuse to come to the city more often.

It had been a super model who’d suggested he come with her to this party, the invitation extended mid-flight as she flirted with him halfway over the Pacific and offered again as he collected the keys to his rental. He’d tagged along for some reason, most likely due to ridiculous jetlag and sleep deprivation, and then realized—five minutes into the party—the super model was as vacuous as they came. Still, the party had the makings of a fun one, and after almost twelve months in the wilderness, it was nice to interact with humans again. Even if they were insanely rich humans who thought they were better than anyone else.

He could spot that arrogant attitude a mile away. He was, after all, very familiar with the strutting behaviour of those in the animal kingdom.

The male with the most impressive bluster won the female. It hadn’t taken him very long to discover there wasn’t a single female here who made him want to bluster about.

Until he’d joined the game of Suck and Blow that was.

When he’d laid eyes on the exquisite red head on his left, felt her hands on his biceps, felt the warmth of her lips radiate into his through the thin cardboard and heard her laugh, all his rakish traits and tricks came back to him in a flood of awareness.

“Come on, ya pommy bastard!” a man a few players behind him yelled. “You’re holding up the game.”

Addison flicked the man—the country’s highest-paid rugby-union coach—a quick look over his shoulder. “And you’re holding up the evolution of the species, sir.”

The crowd watching the proceedings burst into raucous guffaws. The man glared at Addison. Addison dropped him a wink and then turned back to the redhead. What was her name? He wanted to call her Ruby. Clichéd, but then again, he was a cinematographer, not a wordsmith.